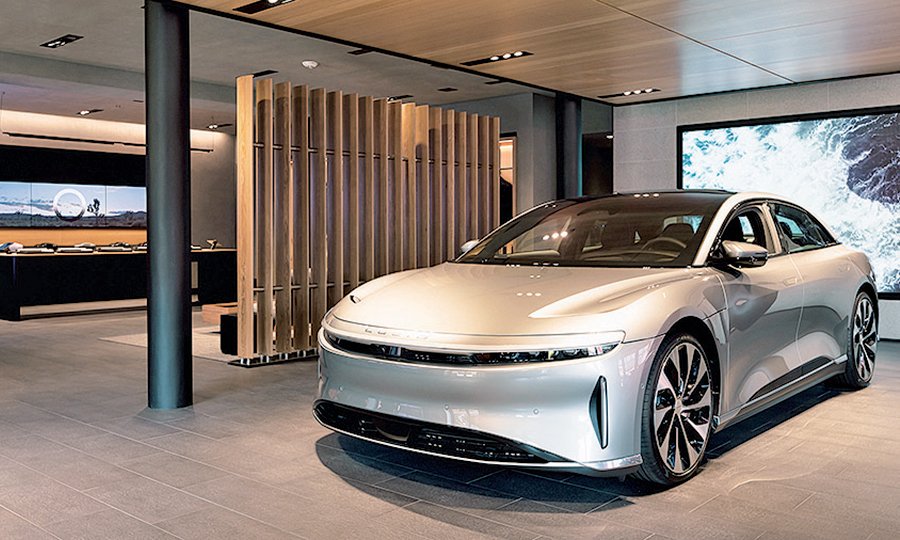 Lucid Group (NASDAQ:LCID), the company that is about to formally enter the highly competitive EV market with its ultra-luxury Lucid Air electric sedan, just received its first rating downgrade.

To wit, Morgan Stanley’s Adam Jonas, known for his permabull stance on Tesla (NASDAQ:TSLA), has now initiated coverage on Lucid Group shares with an ‘Underweight’ rating and a $12 stock price target, corresponding to a 40 percent downside relative to yesterday’s closing price of $20.06.

Jonas noted that the market was ascribing an "unusually high" probability of success to Lucid Group on the back of its $31 billion pre-revenue market capitalization. While the analyst conceded that the company might occupy a sustainable niche in the highly competitive EV market, the road ahead would likely be littered with “many obstacles.”

Of course, today’s development comes as the research firm S3 Partners recently communicated that Lucid Group short sellers have now extended their gains to $263 million as the company struggles to emerge from a persistent downtrend in the absence of key operational milestones, such as the initiation of Lucid Air Dream Edition deliveries. Bear in mind that Lucid Group currently has a short interest of $872 million.

Readers should note that Morgan Stanley is an outlier at this stage with respect to the prevailing sentiment around Lucid Group shares. Just last week, the company scored a bullish outlook from Citi and CFRA Research.

While explaining the rationale behind his endorsement, Citi analyst Italy Michaeli observed that Lucid Group has the "necessary building blocks" for his bullish thesis, including solid EV tech credentials, years of development experience, brand momentum, and speed-to-market. The analyst then went on to note:

"[Lucid Group] resembles much of what we like about Tesla, but without the lofty 2030 share & FSD/AV outcomes that one must underwrite."

"With first-class specs on its forthcoming luxury EV models, strong balance sheet and management team, and [a] brand new factory in Arizona, LCID appears to check all the boxes of an industry newcomer with staying power."