Witchfire Is A Great Looking ‘Dark Fantasy FPS’ by The Astronauts 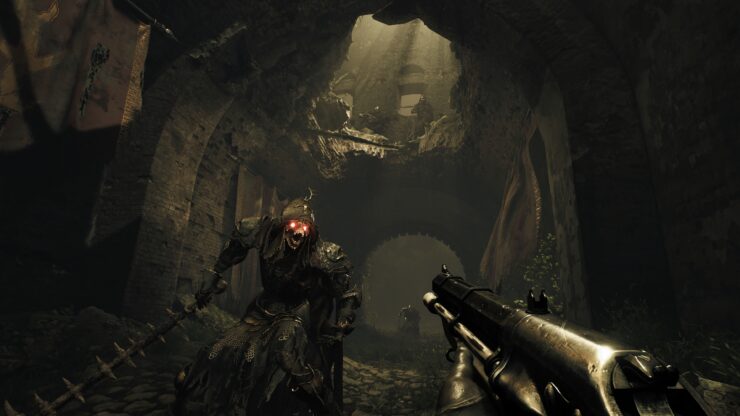 The Astronauts, the Polish independent studio comprised of former People Can Fly (Painkiller, Bulletstorm) employees and known for The Vanishing of Ethan Carter, announced a new game at The Game Awards 2017. It's called Witchfire and if the trailer below is any indication, it will look incredible upon release.

Have you been wondering what we’ve been up to lately? Well, the new game we’re working on is called Witchfire. It’s a dark fantasy first person shooter… and that’s all we can say at the moment. The game is still a long way from release and we are not announcing any other platforms than PC/Steam. The reason we’re launching the teaser so early is simply to let everyone know that we’re alive and kicking, and how radically different this new project of ours is compared to our previous game, The Vanishing of Ethan Carter.

That change in direction isn’t anything new for the core team, though. The three co-owners of The Astronauts were also the co-owners of People Can Fly, as well as the creative leads behind shooters like Painkiller and Bulletstorm. While Witchfire is also a shooter, we’re aiming to make a game unlike anything we have done in the past, both in tone and in game mechanics.

As you can see in the teaser, Witchfire uses the photogrammetry tech we previously used in The Vanishing of Ethan Carter. This tech allows us to 3D scan real-life objects – even entire buildings! – and use them as digital assets in our games for unparalleled visual quality, and natural, organic look and feel. We believe we can push the tech even further, with new tools, hardware, and all the experience we gathered during the development of our first game and can’t wait to bring you along on the ride with us!

The Vanishing of Ethan Carter PS4 Trailer Showcases the Unreal Engine 4 Build; Coming to PC in a Few Weeks

The Vanishing of Ethan Carter Uses Unreal Engine 4 on PS4