The Witcher 2 Coming To Xbox One Via Backwards Compatibility

The Witcher 2 will make its way towards the Xbox One through backwards compatibility. CD Projekt Red's community manager Marcin Momot said this on Twitter recently. 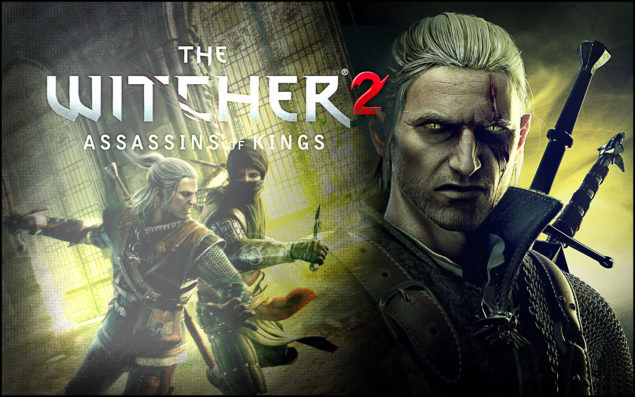 During The Game Awards 2015, The Witcher 3: Wild Hunt won an award for best game of the year, and now its Xbox 360 prequel will be made available on the Xbox One. Community manager Momot, was asked whether there was any news on The Witcher 2 for Xbox One, after which Momot said "it's coming, but we don't have any dates to share yet.

@Birchoid @witchergame It's coming but we don't have any dates to share yet. Please stay tuned for the official announcement:)

According Momot, fans have to wait for an official announcement. The Witcher 2: Assassins of Kings was released back in 2011 for PC. The Xbox 360 version of the game was released in April 2012.

The Witcher 2 released for PC and Xbox 360

“The Xbox 360 version is a complete adaptation of the game to the new platform, we’ve rewritten the code so it feels native to the console. This latest version of The Witcher 2 has been expanded in many ways, and some experts believe it to be one of the best-looking games ever to make it to consoles,” said Adam Badowski, head of CD Projekt RED studio, back in 2012.

Gameplay has been extended through the addition of new quests and locations, while The Witcher 2’s intriguing plot becomes even more complex with the introduction of major new NPCs who intensify the struggle for power in the Northern Kingdoms.

“PC users who already own the game will be happy to learn that they will be able to download all the added content free of charge. At the same time, the Xbox 360 version will incorporate all DLCs and upgrades made available thus far for the game’s original platform (including the ‘Arena’ arcade mode and Tutorial that were part of the latest and richest PC version)”  added Badowski.

Other enhancements include the game’s user interface, which has been revamped to deliver better control on the Xbox 360, while new targeting, camera and control systems will give players full control of the Witcher during the game’s dynamic and tactically rich combat sequences.

CD Projekt Red is currently working hard on The Witcher 3's upcoming Blood and Wine expansion, which is said to feature amazing new features and changes. In the meanwhile, patch 1.12 for The Witcher 3 is expected to roll out this December.

Xbox One gets new Batch of Backwards Compatible games