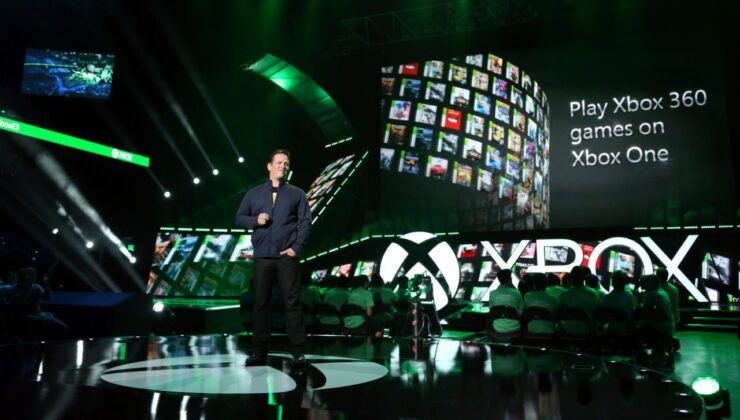 According to Xbox head Phil Spencer, more than half of all Xbox One owners are playing backwards compatible titles.

Microsoft’s head of the Xbox gaming division took to Twitter yesterday that the Xbox One now has more than 300 backwards compatible titles and praised the community for supporting the program.

Now over 300 back compat titles. Nearly 50% of XB1 owners playing BC games is great to see. Thanks for supporting the program.

The most recent additions to the console’s BC library are Bioshock, Bioshock 2 and Bioshock Infinite, which were added yesterday. The complete list of backwards compatible titles for the Xbox One can be found right here.

Micrososoft announced the Xbox One’s BC feature during last year’s E3 event, though only a limited number of titles were initially available via the program.

This fall, we’re launching Xbox One Backward Compatibility so you can play select Xbox 360 games on Xbox One. Best of all, Xbox One Backward Compatibility will be available at no additional charge, so you won’t have to pay to play games you already own. Not only is backward compatibility one of the most-requested fan features, it’s also part of our vision to provide the biggest and best games catalog without limits, so you can get more out of the investment you’ve made in your game collection, and your games library is not limited to just one device.

So, what is it exactly? Xbox One Backward Compatibility is the best of both generations in one place, whether the title is digital or disc. You no longer need to choose whether to break out a classic like Perfect Dark Zero or play the latest exclusive blockbuster like Halo 5: Guardians. Starting today, Xbox One preview program members can check out this incredible new way to game on Xbox One.

Since last year, new BC titles have been added on a monthly basis, including fan-favourites such as Blue Dragon, Call of Duty: Black Ops, and Lost Odyssey.