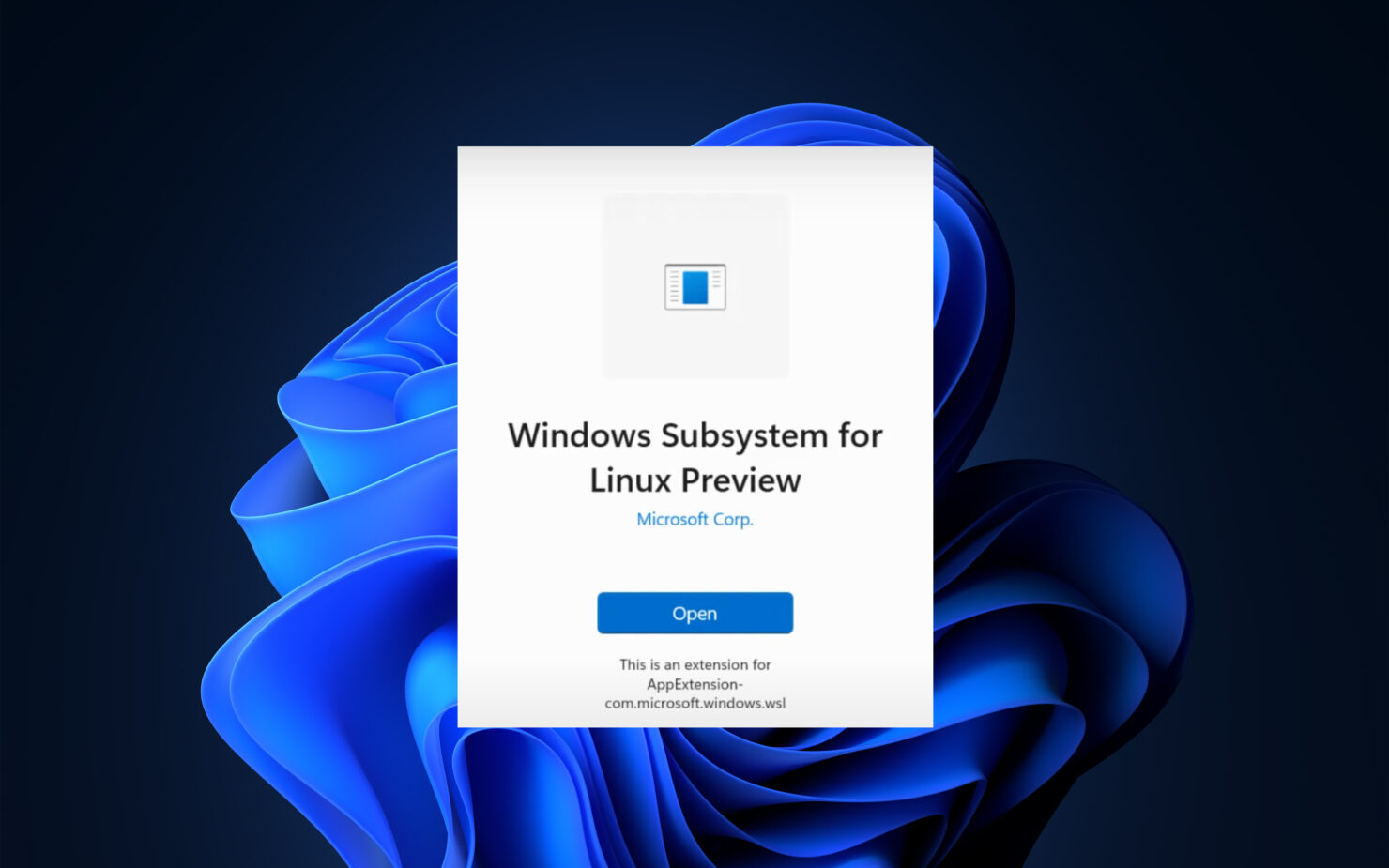 Microsoft has released a preview of Windows Subsystem for Linux (WSL), which is now available in the Microsoft Store as a store application exclusively for Windows 11 machines. This means WSL is now decoupled from your Windows version, and you can update it like any other app to get the latest WSL features and improvements.

The company clarified that "this is the exact same WSL that you know and love, all that we’ve changed is where it gets installed and updated from." WSL for Windows 11 will be made generally available for everyone after a testing period of this initial preview.

"Traditionally, WSL has been installed as an optional component inside of Windows," Microsoft writes in today's blog post. "This means that you would go to the 'Turn Windows Features on or off' dialogue to enable it, requiring you to restart your machine. The actual binaries that make up WSL’s logic in that optional component are part of the Windows image and are serviced and updated as part of Windows itself."

This change moves those binaries from being part of the Windows image, to instead being part of an application that you install from the Store. This decouples WSL from your Windows version, allowing you to update through the Microsoft Store instead. So now once new features like GUI app support, GPU compute, and Linux file system drive mounting are developed, tested and ready for a release you will get access to it right away on your machine without needing to update your entire Windows OS, or going to Windows Insider preview builds.

While everything is the same, here are some of the new features that Microsoft has packaged with this Preview:

How to install WSL for Windows 11

To install and run WSL for Windows 11 through Microsoft Store, make sure you are running Windows 11 build 22000 or higher) and have the Virtual Machine Platform optional component enabled:

Head over to this page to download WSL, install it, and then install a Linux distro of your choice to start using it.

You can currently install both the WSL for Windows 11 app and the in-Windows version of WSL simultaneously. Microsoft said that the "WSL store version will always take precedence, so when it’s installed on your machine then that’s the version of WSL that you’ll be interacting with."

How to uninstall Windows Subsystem for Linux from the Microsoft Store

To go back to the in-Windows version, simply follow these steps:

Need more information, check out the FAQs in this blog post.

- Relevant: Microsoft Offers an Easy Way Out of Windows 11 – How to Roll Back to Windows 10 Without Losing Anything