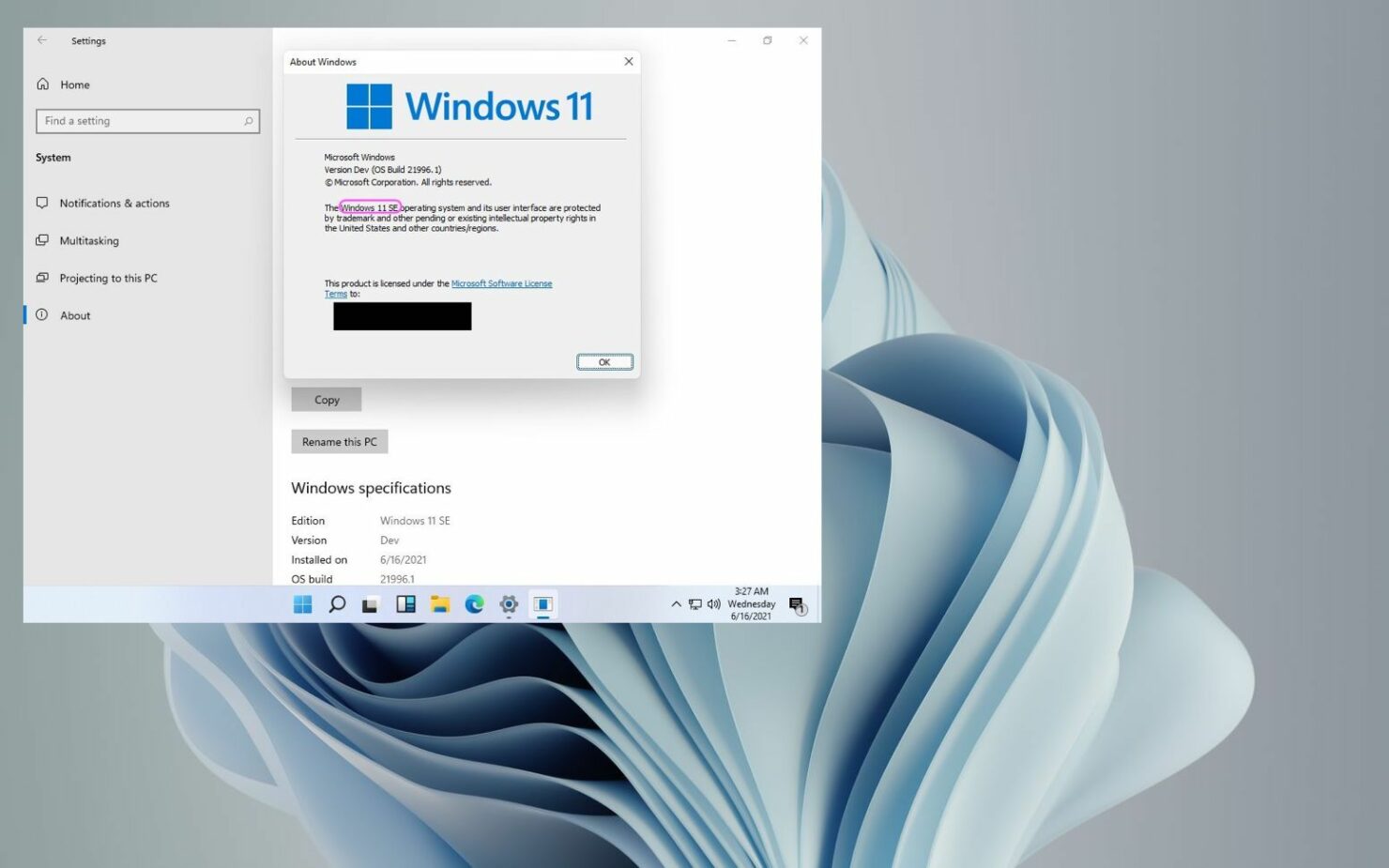 Microsoft has made plenty of efforts to develop a lighter operating system to potentially compete against ChromeOS. The latest being Windows 10 in S Mode. It appears yet another effort is currently under development.

The Windows maker has scheduled an event for June 24 where it promises to introduce the next generation of Windows. However, Twitter got flooded with Windows 11 leaked screenshots, wallpapers, and more this week, well ahead of the official event.

As reported earlier, the company is borrowing several design elements from Windows 10X, another variant of Windows that was initially being exclusively designed for dual-screen, foldable devices. However, development on Windows 10X has stopped, giving way to its features coming to the "regular" Windows.

Where does Windows 11 SE fit in all this

While we saw and heard a lot about this next generation of Windows, some users have also spotted an "SE" SKU of Windows 11. Twitter user @fakirmeditation shared screenshots of Windows 11 SE Dev Build 21996.1, sharing that this "version" (or perhaps a mode) of the OS is "restricting quite a few settings" and requires an online account to work.

This is Windows 11 SE, seems to be a successor of Windows 10 Cloud Edition, with it restricting quite a few settings and seemingly requiring a online account (as offline account creation is broken in OOBE). pic.twitter.com/QMaz3vWRD2

The development process is ongoing, which means nothing is certain at this point. For example, @fakirmeditation shared that Microsoft Store appears to be blocked by default on Windows 11 SE, which is curious since Microsoft usually only allows Store apps to be run on these lighter operating systems.

While win32 apps work fine on SE, the widgets don't (clicking the button on the taskbar fails to bring anything up) pic.twitter.com/Bb3a9ZsvlS

On the other hand, win32 apps are working fine on SE. XDA also confirmed spotting some settings missing from the SE SKU of Windows 11, including phone and search settings.

At this point, everything is being based on the rumor mill and leaked screenshots. Microsoft could very well change things up, but in its current format, Windows 11 SE looks like something that businesses could potentially use to restrict their employees to a certain few apps. Whatever the final format may be, one thing is clear: Microsoft is certainly not over the S Mode!