Tonight's build brings a number of improvements, including some for Microsoft Edge. Office Insiders are also receiving the new Sets feature with Office apps. Here are all the details of Windows 10 Redstone 5 17643:

Sets with Office 365 makes it easy to group, recall, and refresh data sources for all your projects. Whether updating your Excel budget each month with stock prices and credit card expenses, incorporating data from multiple reports and websites into a PowerPoint, or managing citations for your book report in Word, Sets with Office 365 helps you get more done, faster.

NOTE: Some Insiders may see Sets disappear temporarily after installing this build. Sets should return in 1-2 days or upon the next reboot of your PC.

This should address one of the biggest pain points we see from customers around binary mismatches, as FoD’s match the build/branch/flavor automatically. This also means that the standalone download will no longer be made available for insiders or future stable versions of Windows, as installation is now built into Windows.

Microsoft WebDriver now gets installed to C:\Windows\System32\ and will automatically be on the PATH for the machine once installed. We are now shipping 64-bit Microsoft WebDriver to x64 machines. Note, there is a known issue for x64 machines building in Visual Studio with Selenium, where by default Visual Studio builds 32bit and will only check the C:\Windows\SysWOW64\ folder for PATH variables. To work around this issue, target and build 64bit from Visual Studio. In a future build, we plan to publish both 32bit and 64bit binaries in our FoD for 64bit machines, which should address this issue.

Roaming Usage: Does your device have a SIM? We’ve updated Data Usage Settings to let you know how much data you are using while roaming! The roaming usage info will appear once you start using roaming data. As a reminder, if you’d like to enable or disable roaming altogether, you can find the option under Cellular Settings. 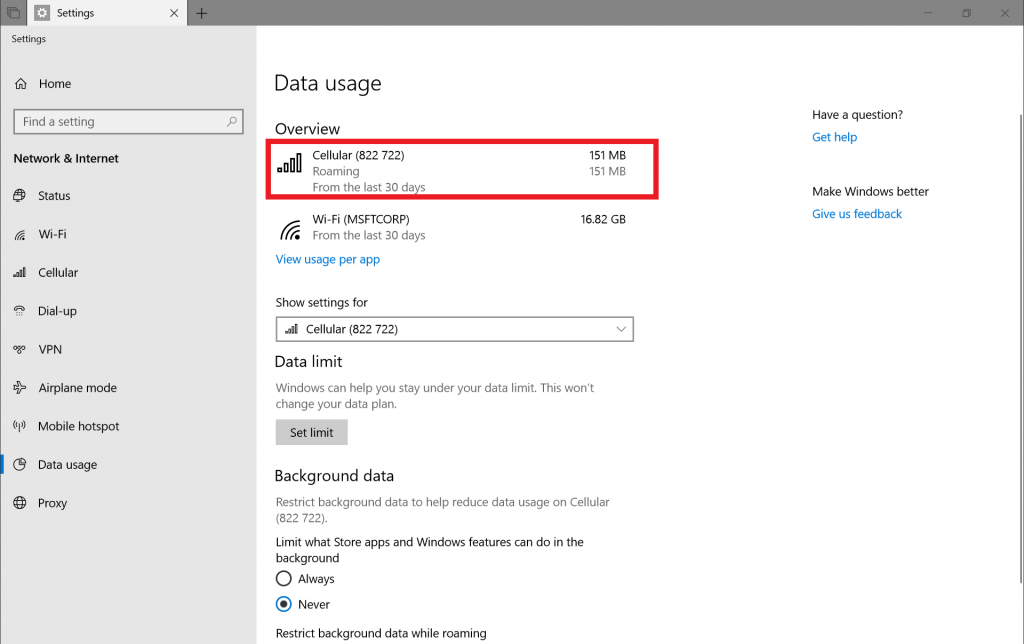 Choose where to keep the mouse cursor: We’ve heard your feedback asking us for a way to keep your mouse centered on the screen in Full-Screen mode, and with this build, we’re making it happen! This new option under Settings > Ease of Access > Magnifier > “Keep your mouse…” > “centered on the screen” enables easier tracking and use of the mouse, especially helpful at higher magnification levels. 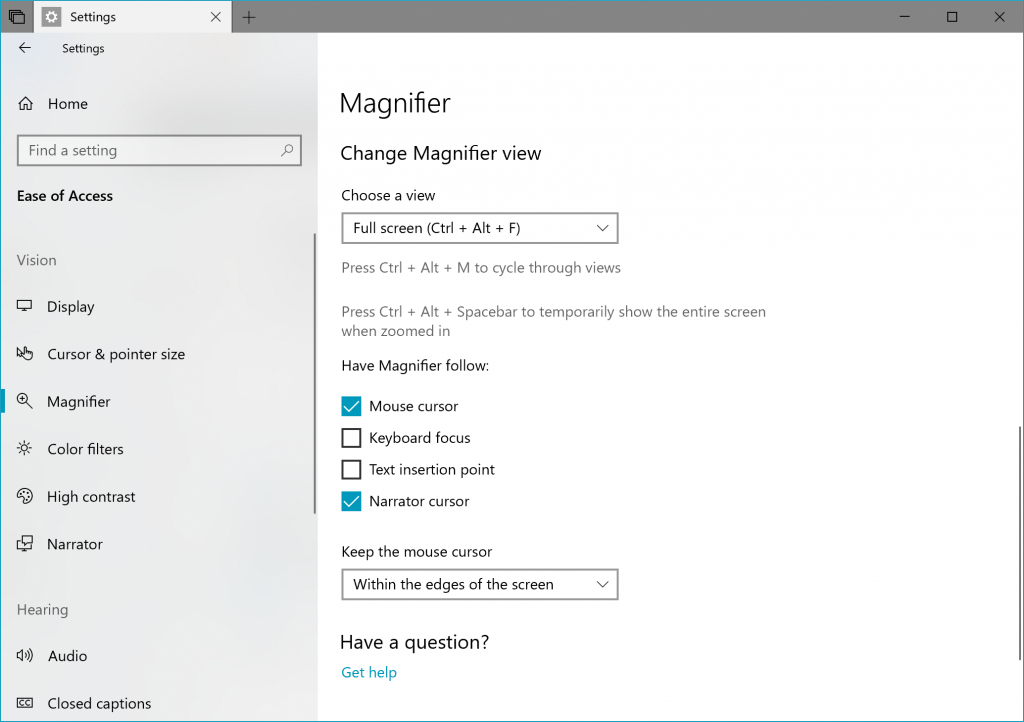 More options for increments: You’ve also been asking for even more control of your zoom level increments, so we’ve taken a moment to add two new increments to the list: 5% and 10%.

For general fixes and a big list of known issues, head over to the company's blog post for more details.