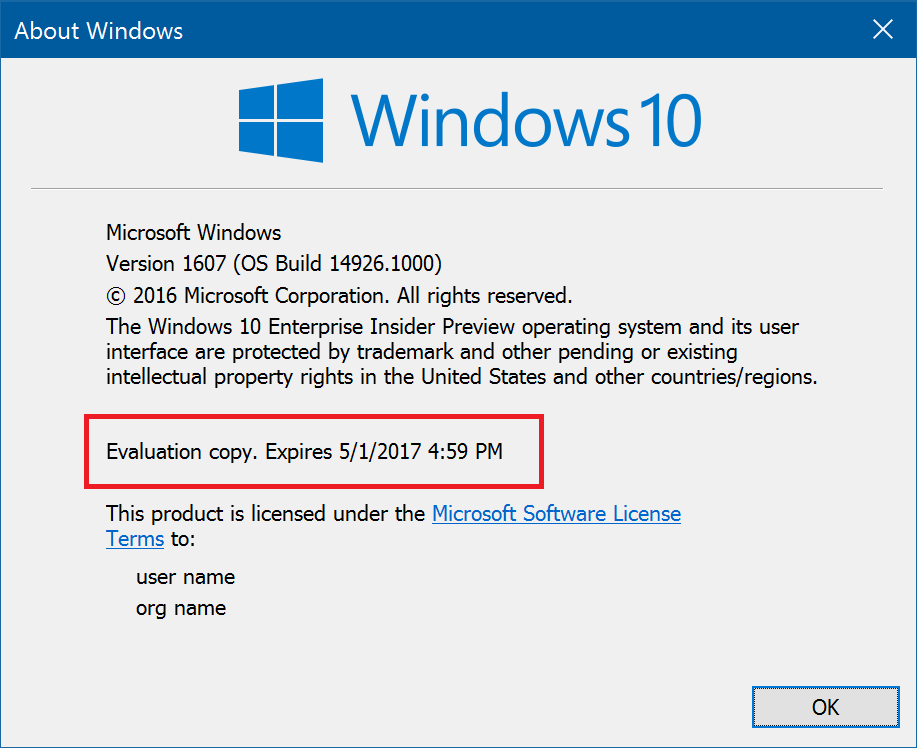 Microsoft announced yesterday that it will start notifying Windows Insiders from today, if they haven't updated to the latest Preview builds. The company rolled out Windows 10 Redstone 2 Preview build 14926 to the Fast ring yesterday. If you are running a very old Windows Preview build, you will now receive daily prompts to update to the latest builds.

While the decision may appear like another nagging alert system from Microsoft, it will help users get more stable and feature-rich builds. More importantly, this decision goes in line with how the company has decided to treat the public versions of Windows 10 - with an expiration date.

Dona Sarkar announced the decision yesterday, saying that super old Windows 10 builds reach their expiration dates today. This means you will need to update to the latest Windows 10 Insider Preview 14926 if you want to avoid these notifications.

Why it's important to update to latest Windows 10 Preview builds

While you may not be bothered by closing a notification dialog everyday, there are even worse consequences. Moving to the latest Windows 10 builds will become mandatory from October 15. If you haven't updated your devices to latest Preview by mid October, your computer will stop booting completely.

Starting October 1, your devices will start rebooting automatically every 3 hours. If you still haven't made the update, October 15 will prove to be the death of your OS. From then on, you will either have to quit the Windows Insider program or upgrade to a newer build.

Update to Windows 10 Redstone 2, and no more worries for next 7 months

The latest Windows 10 Redstone 2 build 14926 expires on May 1, 2017. If you update your systems to the recently released build, you can stop making any more upgrades for the next 7 months. Also note that another way to avoid these notifications and auto-reboots is to switch to Slow or Release Preview rings. The latest decision is only applicable to the Fast ring to make sure that more users are testing the latest features and improvements.

Microsoft will release the final version of Windows 10 Redstone 2 in Spring 2017. Really not interested in updating to future Windows 10 Preview builds? Also, don't want to switch to slower and more stable rings? Well then, you can update now and wait until the stable version releases early next year. Hopefully that will happen before the expiration date of Windows 10 Redstone 2 Preview 14926.