Windows 10 has just received its first ever Insider Preview build after the announcement on July 29. Developers  can now download this latest preview from Windows Update. However, before you proceed, it is advised to know about some of the errors that you should expect going forward with this update. We will also highlight some new feature changes included in this preview build.

What's new in the latest build, you ask?

Windows 10 Build 10525 is only released to the Fast Ring members for now. Following are some of the new features that were added in this build.

We got a lot of feedback on the default color for Start, Acton Center, Taskbar, and Title bars and that you wanted to be able to change to reflect your preferences. This feature is now available (though still early) in build 10525 for you to try. This is off by default, but you can turn it on by toggling this (Settings > Personalization > Colors): 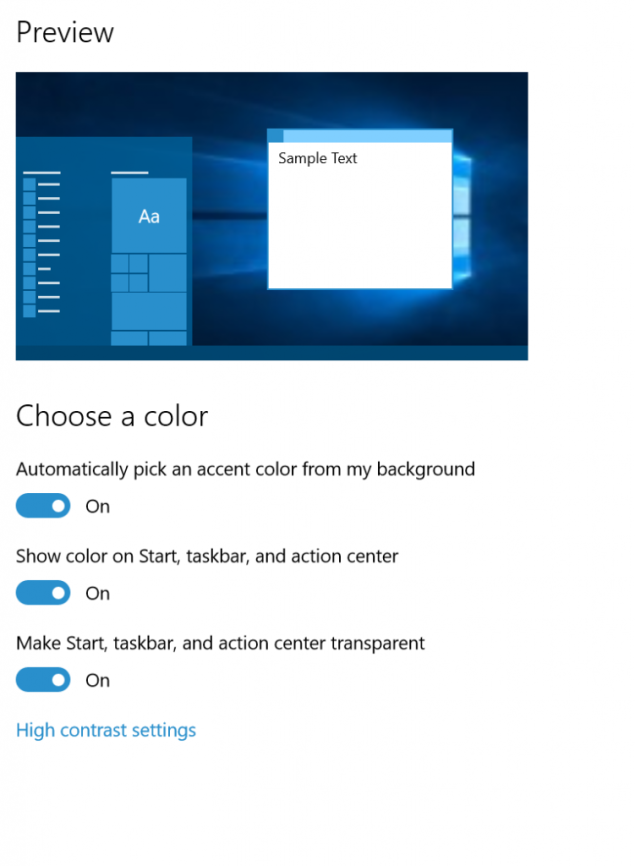 In Windows 10, we have added a new concept in the Memory Manager called a compression store, which is an in-memory collection of compressed pages. This means that when Memory Manager feels memory pressure, it will compress unused pages instead of writing them to disk. This reduces the amount of memory used per process, allowing Windows 10 to maintain more applications in physical memory at a time. This also helps provide better responsiveness across Windows 10. The compression store lives in the System process’s working set. Since the system process holds the store in memory, its working set grows larger exactly when memory is being made available for other processes. This is visible in Task Manager and the reason the System process appears to be consuming more memory than previous releases.

In the announcement blog, Gabriel Aul also mentioned some of the known errors in the Windows 10 Preview Build 10525. He advised insiders to back up their data before updating to preview builds and outlines some of the known issues in the recently released build:

This release is for Fast ring insiders only, if you want to download this build, make sure you are set to the Fast ring. We would, however, recommend you to stay away from this build until we get some user reports on its stability and any major issues apart from those pointed out by Aul. Are you excited with this new strategy that Microsoft has employed with Windows 10 by enabling users to get the taste of the features before they are released to public? Don't forget to share your thoughts with us.