Microsoft has just started rolling out the first insider build of Windows 10 after the public launch of desktop operating system on July 29. 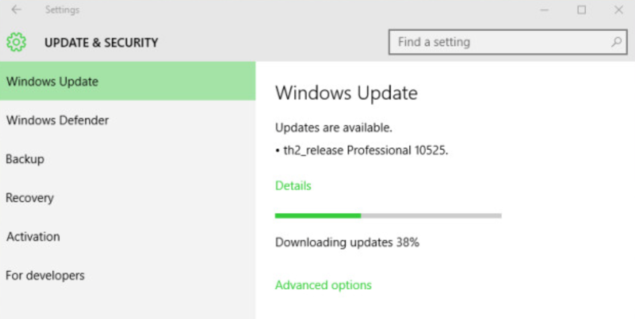 Windows 10 Preview build 10525 is now available to the members of the Windows Insider Program. It is first of its kind build to be released to the Insider members since Windows 10 officially launched at the end of July. This Preview build comes from the TH2 (Threshold 2 aka wave 2) branch and introduces some new changes including:

"Feedback from Windows Insiders not only helps us build Windows 10 – it also helps us shape how we run the program. For example, Windows Insiders have asked us to improve the flighting cadence and to keep the Windows Feedback app in the product – which we have done. We're also evaluating the Windows Insider rings, and considering whether we should make changes there. Over the past few months we've been looking at feedback to see what changes we want to make going forward. We're putting plans together now, so you won't see any changes immediately, but they will come over time. We'll be doing our best to make sure that we improve every aspect of the program, from build distribution to the Feedback app and Insider Hub. And of course we'll be looking to do more fun things for Windows Insiders as well, like our Insiders to Campus event, Ninja Cat goodies, special wallpapers and more."

Fast ring members can now download and update to this Windows 10 Preview Build 10525 via Windows Update. You can check out Microsoft's official blog for more details.