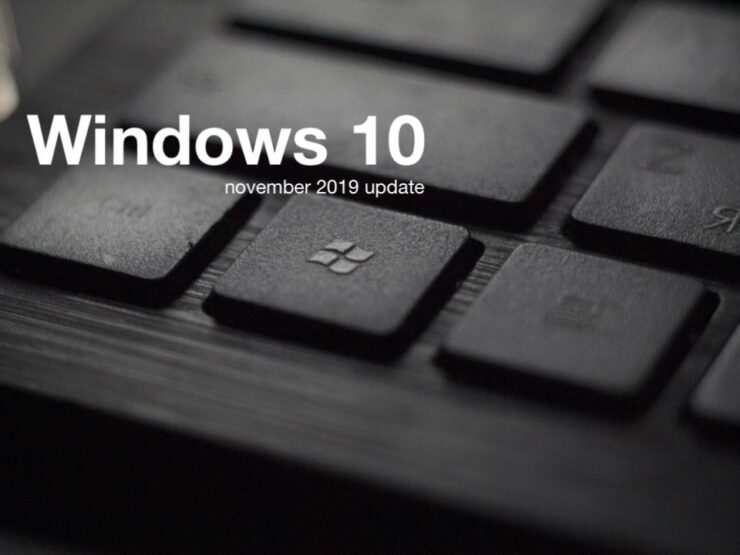 As with every new feature update, Microsoft has shared the list of features that it has dropped or deprecated with the release of Windows 10 November 2019 Update earlier this week. The latest version 1909 is an extension of the May 2019 Update released earlier this year.

Being unofficially called the first ever service pack-like update released to the operating system, version 1909 focuses entirely on performance improvements, stability, and quality enhancements. While we assumed no major changes will be made through this release, version 1909 does carry quite a list of features that the Windows maker is dropping or deprecating.

Windows 10 1909: features that have been removed

Features Microsoft is no longer developing

Here is the list of features that are no longer being actively developed, and could be removed in a future update. Microsoft added that "some features have been replaced with other features or functionality and some are now available from other sources."

One notable removal is of My People, which sounded exciting when it was under development but apparently hasn't worked out for the company due to lack of third party app support. My People first appeared with the Windows 10 Fall Creators Update (version 1709) and the company says it may be removed in a future update.

As for the release of Windows 10 1909 itself, so far no bugs have been reported with the November 2019 Update. The release is based on the seeker approach, which means you can click on the check for updates button in Settings to get the update but Microsoft has advised waiting for the official notification to avoid any compatibility issues. Some users aren't seeing version 1909 feature even when trying to "seek" it through Windows Update. The Windows maker said that if that happens, it means  "you might have a compatibility issue and a safeguard hold is in place until we are confident that you will have a good update experience."

However, if you still want to skip the line, the manual installation route remains open (at your own risk). You can head over here to download the ISO files and to this guide to install Windows 10 November 2019 Update on your devices.