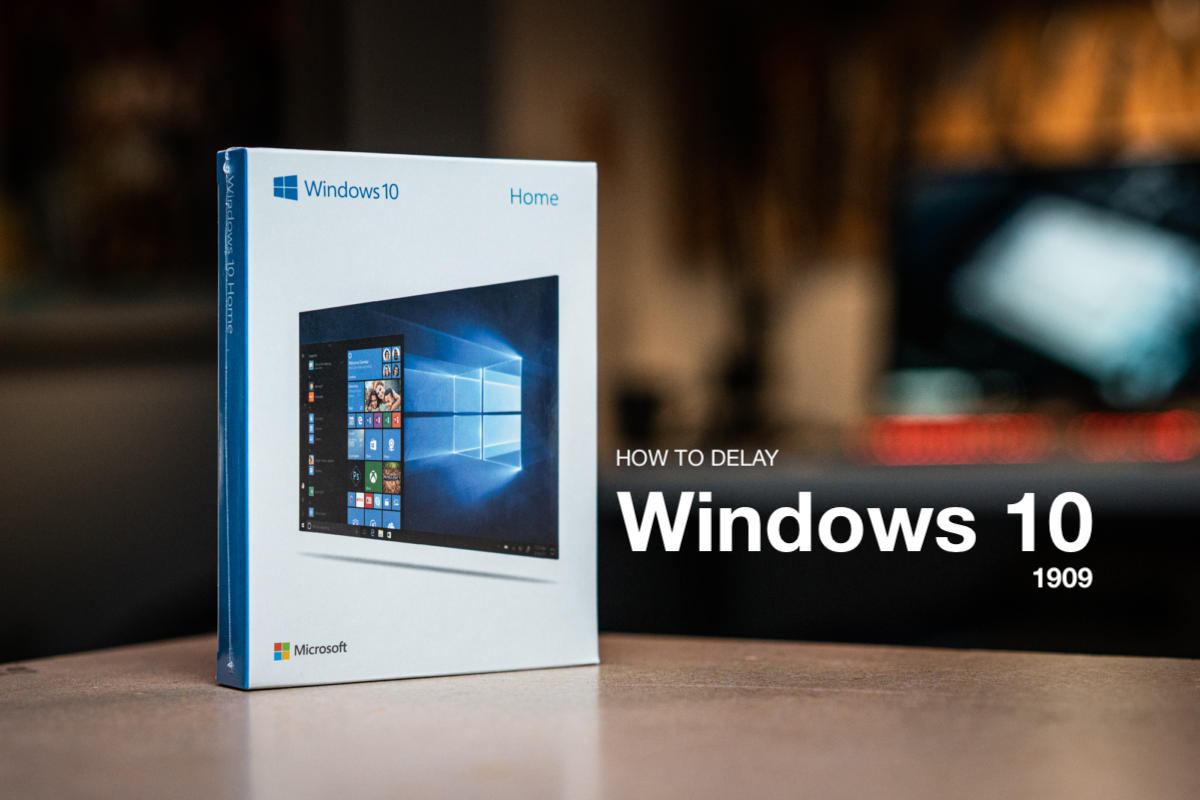 Microsoft is likely to release Windows 10 November 2019 Update, version 1909, next week. An extension of version 1903, the update will be delivered to all the eligible devices in the coming weeks. But if you want to block Windows 10 1909 temporarily while still getting security updates, there are a few ways to delay the installation process.

While the Windows maker has promised a non-disruptive release since version 1909 will be delivered like a monthly cumulative update for those running version 1903, there is no telling what buggy surprises are hidden inside this upcoming version, as well.

- Early adopters? here's how to get v1909 before it reaches to the public

The Windows maker has stopped forcing new feature updates unless your current version is hitting end of service. That said, we have always recommended users to wait at least a month or even more before installing a new feature update. Usually, we get to learn about most of the bugs and issues after the first monthly cumulative update has been released to a new feature update and installed by the early adopters.

Although there doesn't seem to be any reason to fear the upcoming - seemingly small and benign - release of version 1909, if you don't want to take any chances and don't feel too excited about the new update, you can easily delay Windows 10 1909 for a while and wait for it to get more stable.

Here's how you can block Windows 10 November 2019 Update while still getting security updates to make sure you aren't putting your machine at risk.

Opting for a metered connection helps in deferring new updates for until you are ready. BUT, this strategy also potentially poses you to security threats as you won't receive Patch Tuesday cumulative updates. Microsoft does install critical updates but quality updates aren't installed if you have set your internet connection as metered.

If you are comfortable with manually installing cumulative updates every Patch Tuesday, then you can use this option to block Windows 10 November 2019 Update until you are ready to install it. This is particularly useful for those whose Windows 10 version is nearing end of service since otherwise Microsoft isn't supposed to force install version 1909 on your devices.

When you are ready to upgrade to Windows 10 November 2019 Update, you can simply go through the same above steps to toggle off metered connection; until then the new feature update will remain blocked.

3. Are you using the Pro or Enterprise versions and want to block Windows 10 November 2019 Update? It's all super easy for you...

Unlike the mere mortals who use Home edition, those of you using Windows 10 Pro, Education and Windows 10 Enterprise do get the ability to postpone updates without going through any workarounds. Things are fairly easy for you as you can block Windows 10 1909 for up to 365 days and that too "legitimately."

The first option - Semi-Annual Channel (Targeted) - lets you defer a feature upgrade for up to 365 days and the second one - Semi-Annual Channel - for up to a year after it's made available for corporate consumers, which usually happens four months after the public release. If you are running version 1903, you will only have one option and that is to defer the update for up to 365 days as Microsoft is no longer giving two different deferral options.

You can always go back to these settings to get the Windows 10 November 2019 Update earlier than you have selected. Version 1909 has been finalized after being tested by Slow and Release Preview ring Insiders. Since Microsoft isn't releasing any new features, it's hoping that we would finally see an update that isn't delivered alongside a long list of bugs and issue.

Relevant: how to get November 2019 Update before everyone else

Worried About Windows 10 Version 1903’s Stability? Here’s How You Can Block It