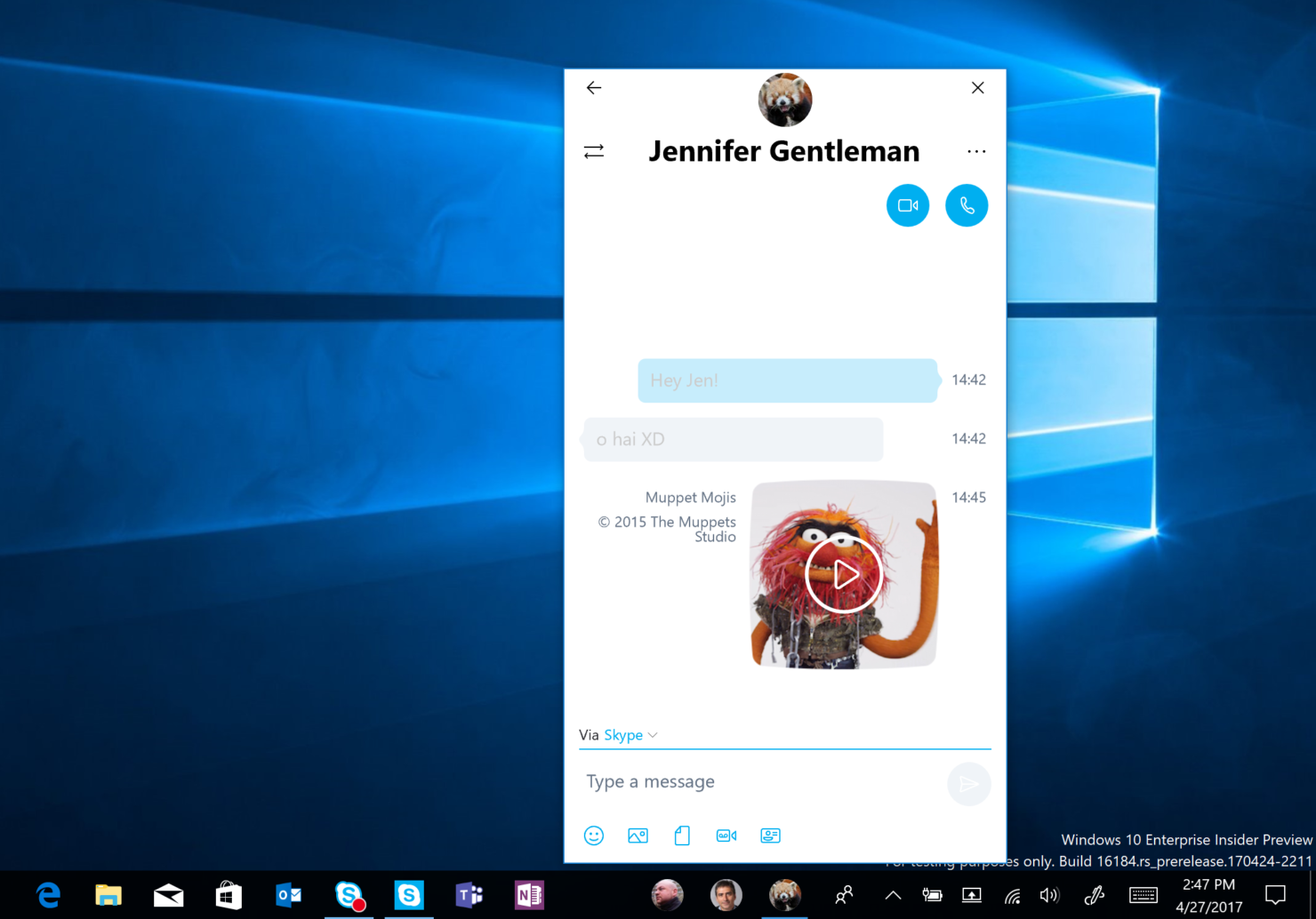 My People was one of the most highlighted features introduced with Windows 10 Fall Creators Update last year. The feature allows users to easily contact and share data with their friends, family or other people who they frequently send messages to. The feature brought these contacts right on the taskbar, making interaction pretty quick. However, it didn't really work as it was supposed to work.

Thanks to the lack of interest in developing and maintaining UWP apps, third party messaging apps didn't tie in with this feature. This resulted in users being unable to actually utilize this feature since the apps they usually use for messaging didn't support My People.

It now appears that Microsoft is considering to deprecate the feature with an upcoming Windows 10 release. Albacore, a Microsoft enthusiast, tweeted last week that "in upcoming 19H1 Insider builds, the People Bar will show a deprecation notice."

Doesn't mean that My People is being ditched completely right now

While deprecation doesn't mean instant removal, it does lead to a feature not getting any further improvements, and eventually leads to the death of the deprecated feature. My People is likely to still be there with the release of Windows 10 April 2019 Update next year. However, it could be completely removed after that.

Also known as the People Bar, the feature is only supported by Microsoft's own apps like Skype. My People may have attracted a lot of user interest before and after its initial rollout, but the lack of third party app integration has turned it into another Windows 10 feature that isn't really of any use to an average Windows 10 user.

Microsoft hasn't yet confirmed if the company has decided to phase out My People. We have written to the company and would update this space if the Windows maker does confirm (or deny) this rumor.

- Earlier: Win10 may be sending "Activity History" to Microsoft but here's how you can easily change the settings