Gabe Aul tweeted earlier in the day asking Windows Insider members if Microsoft should release Windows 10 Mobile 10536 build out to the community this week. He shared the bugs that were still present mentioning that "under memory pressure, app purchases or IAP [in-app purchases] will cause the Store to crash. It's about 28.8% of the time in our telemetry." The poll overwhelmingly favored the release as it would, of course, considering the input was coming from the insiders.

- Microsoft decides to automatically download Windows 10 for you, without even asking 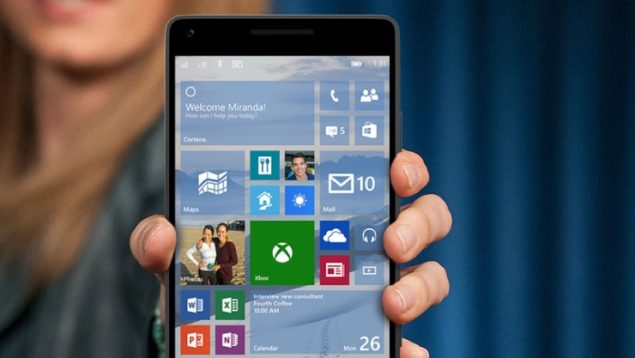 Okay #WindowsInsiders, I think the answer is clear: We'll start prepping 10536 to go out to Fast. Stay tuned for more info.

Expect the Windows 10 Mobile build 10536 to fix all the issues that were reported in the 10512, including the mobile hotspot issue. While the Windows 10 Mobile 10512 was a major build in terms of improvements over the earlier releases, it carried quite a few bugs, including "Quiet Hours" and broken lock screen for some insider members. We aren't expecting to see any new features though, as the company had already confirmed that the operating system is almost feature-complete.

As far as poll results are concerned, you can check the results here, which show how over 90% of voters wanted to get the build this Friday instead of waiting till next week for the bugs to be fixed.

Microsoft will prepare the build for release today and it will be launching tomorrow. Users will be able to upgrade directly from Windows Phone 8.1 to Windows 10 Mobile 10536 instead of the usual route when you had to install an older Insider Preview before you could upgrade to the current release.