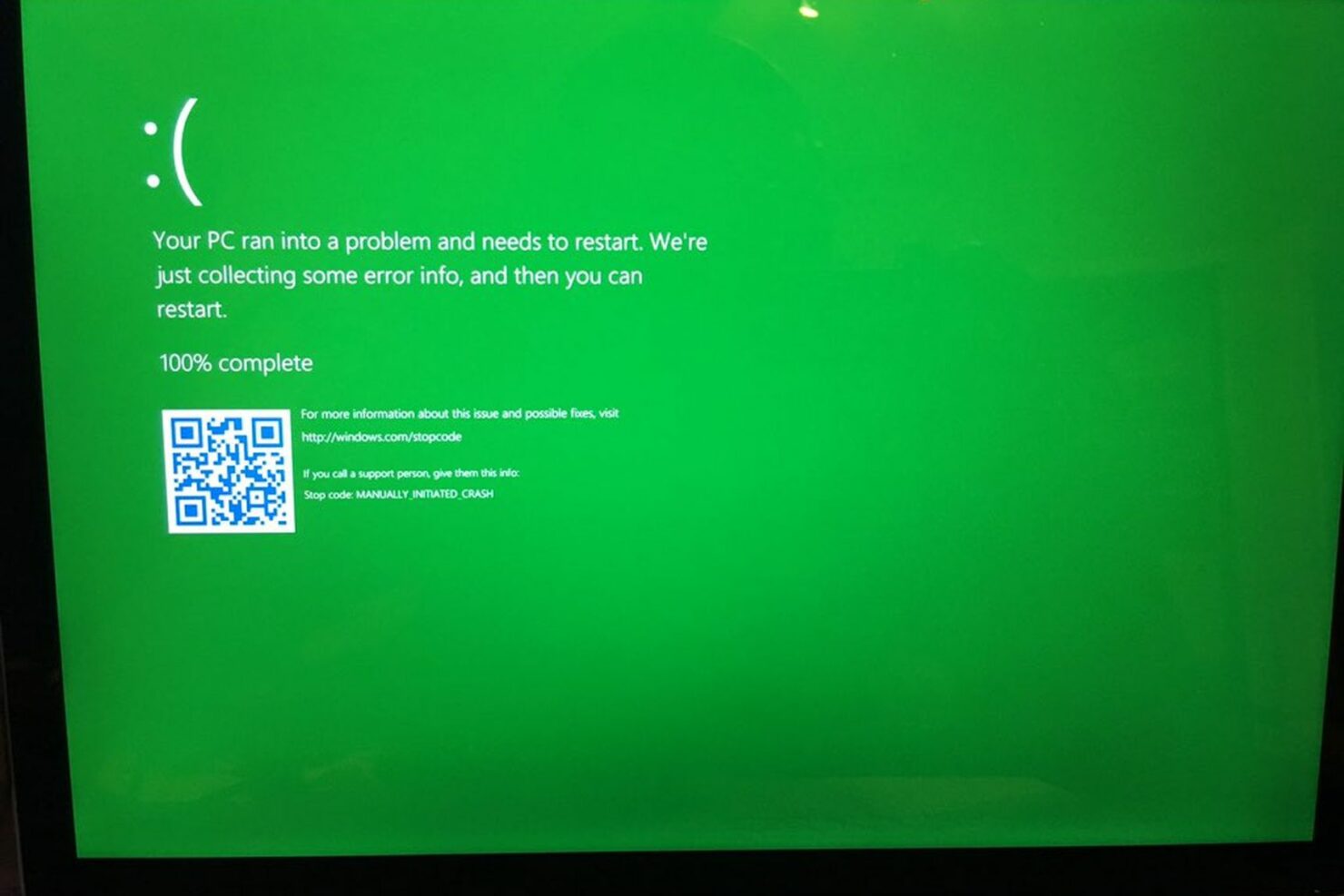 Tired of Windows' Blue Screen of Death (BSOD)? Who isn't! The screen is truly a message of death, bringing nothing but bad news for Windows users since years. The screen has been bringing us Windows Blues since the 90s. As Microsoft has been adopting new (and sometimes invasive) strategies with the release of Windows 10, it was only a matter of time for BSOD to finally leave our lives for good. But, it's not happening for everyone...

Recently, a major Windows 10 Creators Update Preview build leaked online, which was supposedly designed to be the last build to be released to Windows Insiders this year. The Redmond tech giant couldn't release it due to some technical issues, but the leak did reveal some major incoming features. Among this list of features - that are now expected to be released to the Fast ring, next week - includes a greener shade for BSOD.

One of the biggest features included in Windows 10 leaked build 14997 is Green Screen of Death, instead of the very old BSOD. Since users couldn't hunt for this particular change in the leaked build, Microsoft employee Matthijs Hoekstra teased it on Twitter:

Cool to read all the new features people discover in the leaked builds, but they missed a big change!, Huge change!. curious when its found.

Since his tweet hinting at "Green," Windows Insiders tried to discover this "huge change," eventually finding the greener shade of the BSOD (via mspoweruser).

While it may look like Microsoft is replacing the infamous Blue Screen of Death with a green version, it is currently only for the Insider Preview releases. It appears that the company wants to distinguish between public and Insider BSOD issues, which are even more likely to occur with the test builds. Earlier in the year, the company also updated the information it used to display in the BSOD, now showing QR code, that leads to more information about the particular problems.

The Windows 10 Insider program is currently on hold for the holidays. The company is expected to start releasing some major feature changes and updates to the Fast ring next week, ahead of the public release of Windows 10 Creators Update in March 2017.