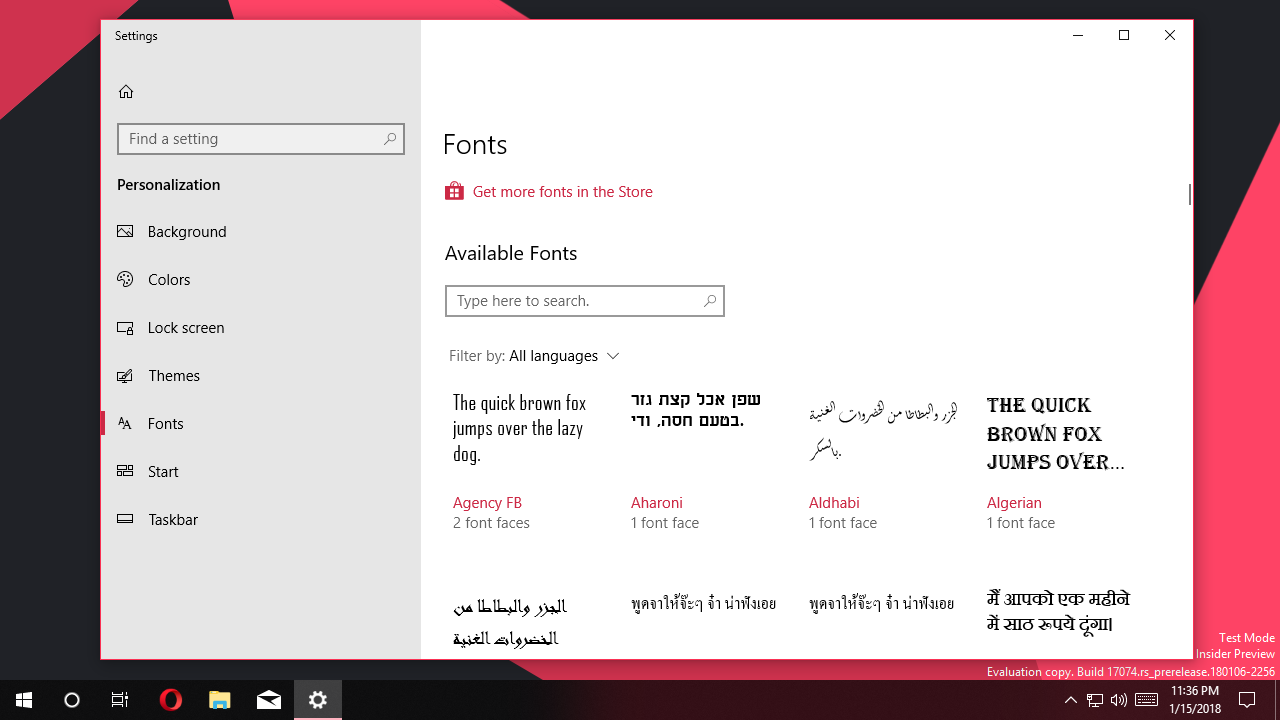 No one likes the ambiguity and confusion that having two interfaces for settings brings to the Windows life. Microsoft has been trying to move everything to the Settings app, but the Control Panel continues to live on as the relatively new, dedicated app still lacks a number of controls offered by the Panel. This transition has been painfully slow - adding to the confusion - but it appears the Redmond software maker is at least going to add one new control to the Settings app with the upcoming Windows 10 Redstone 4 in Spring 2018 - the Windows 10 Fonts.

According to Thurrott, the next version of Windows 10 will bring a Fonts page in the Settings app. The feature can apparently be already enabled on the Windows 10 Insider Preview 17074 released last week. "The new Font page takes on the look and feel of the old Font Control Panel, making it instantly familiar and usable," the publication assures. "The fonts installed on your computer appear front and center, below a combo box to filter out fonts that weren’t designed for a selected alphabet. It also has a search box, if you already have an idea of what you’re looking for."

Users will be able to download new fonts from the Microsoft Store and manage all the fonts by clicking on them, similar to app management through the Settings app. You can uninstall them, preview them in different sizes, variants, and styles and check their metadata at the bottom of the page.

While the current implementation of Fonts in the Settings app in Windows 10 Redstone 4 Insider Preview 17074 looks nearly complete, it is unclear if Fonts Control Panel will be removed at the same time. While some users are attached to the Control Panel, this is only a natural step to avoid confusion and bring some sanity when it comes to controls and settings in Windows 10.

Would you hate it when Microsoft completely removes the Control Panel from Windows 10 or do you believe it'd be a logical move?