Despite adopting a conservative, phased roll out strategy with its latest Windows 10 version, Microsoft's Fall Creators Update is off to a quicker start when compared to earlier versions. Notably, the company also hadn't made the ISOs available earlier than the public release date for early adopters to quickly get on the new Windows version. Windows 10 Fall Creators Update has still managed to be on over five percent of Windows 10 machines, according to latest stats.

Unlike earlier releases of Windows 10, Microsoft (thankfully) no longer forces users to install Windows 10 feature updates. Having faced multiple lawsuits in Europe, the Redmond software maker even makes it comparatively easier for users to delay the feature updates until they are more stable. In addition to this, with the original Creators Update released in March this year, Microsoft announced a phased roll out strategy that made sure that only the newer hardware that was tested by Microsoft's OEM partners would receive latest Windows 10 version to protect users from any compatibility issues that plagued Windows 10 Anniversary Update and earlier versions.

All of that has apparently worked in favor of the company as more people are installing its latest Windows offering than ever before. In its latest report, AdDuplex has revealed the Fall Creators Update runs 5.3% of all Windows 10 PCs. After months of rollout, the original Creators Update is finally powering one third of all PCs, with Anniversary Update now left on 17.3% machines.

AdDuplex data also shows that Microsoft's own products are well ahead than others when it comes to Windows 10 Fall Creators Update adoption unlike last update when products from Microsoft's OEM partners were leaving Surface devices behind. The Windows 10 Fall Creators Update is currently powering 20% of the original Surface Book devices and over 19%  Surface Pro 2017 devices, as well.

The stats confirm that Microsoft may not have been as slow with the rollout of the latest Windows 10 version as it was with the Creators Update.

Over 79% of Windows Phones in use aren't receiving security updates 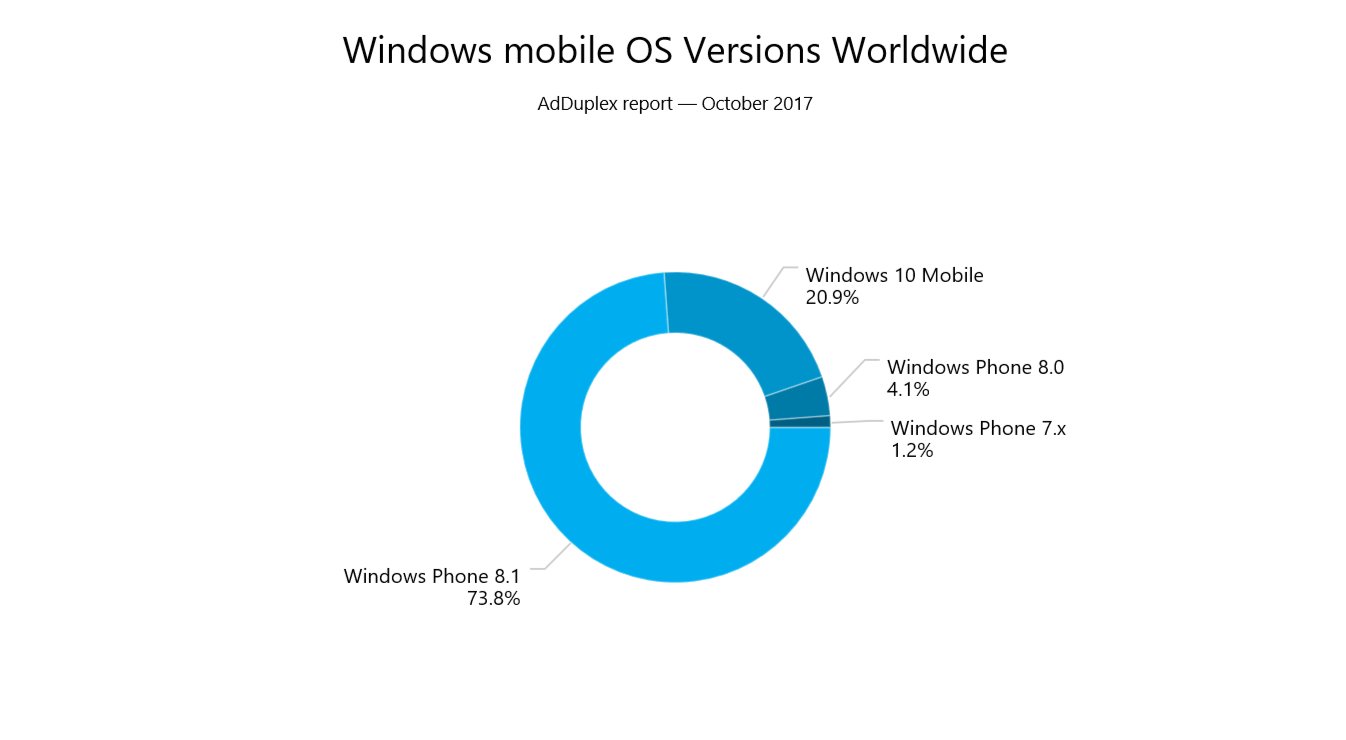 The company had also said "Microsoft support will not publicly provide updates or patches for Windows Phone 8.1," potentially putting users at risk of serious security vulnerabilities.