In comparison, the latest Fall Creators Update is already powering over 20 percent of all the Windows 10 devices after less than a couple of months after its public release. Statistics published by the analytics firm, AdDuplex, reveal that the Windows 10 Fall Creators Update has experienced significant growth in the past month. The latest OS version is sitting at a comfortable 20.4 percent compared to its share of 5.3 percent in October. 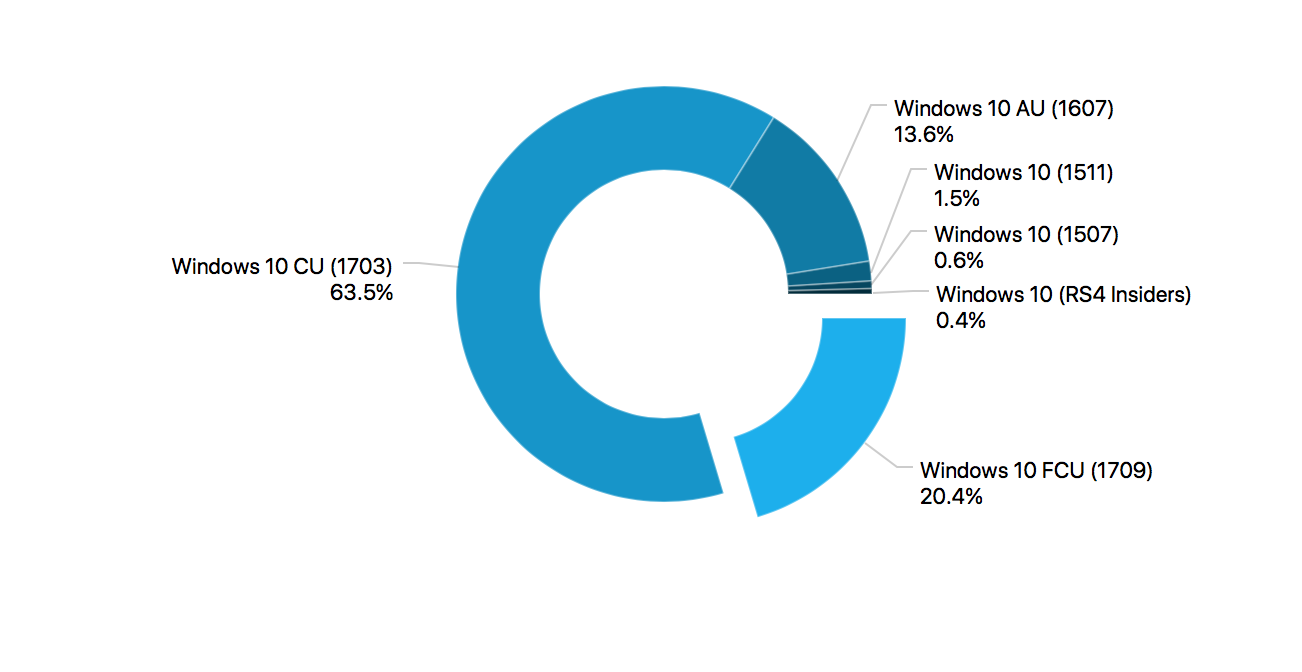 This is yet another confirmation that the Redmond software maker is learning from its mistakes and improving the user experience as Windows 10 evolves. The company has said that the Fall Creators Update is being offered to more devices from the get go when compared to the last two updates since more devices were tested during the development process. This also gave users confidence that the FCU was way more refined than earlier versions. While it is so far limited to newer machines, interested users can manually install Windows 10 Fall Creators Update, as well.

With Windows 10 Fall Creators Update issues mostly resolved, the company is now focused on the development of Windows 10 Redstone 4, having delivered a handful of updates to the Insiders on the Skip Ahead and the Fast ring. Earlier today Microsoft also talked about finally bringing its Tabbed UI aka Sets and Timeline in the coming few builds.