[U: Changelog] Second January 2020 Cumulative Update Out for Everyone Using Windows 10 November 2019 Update 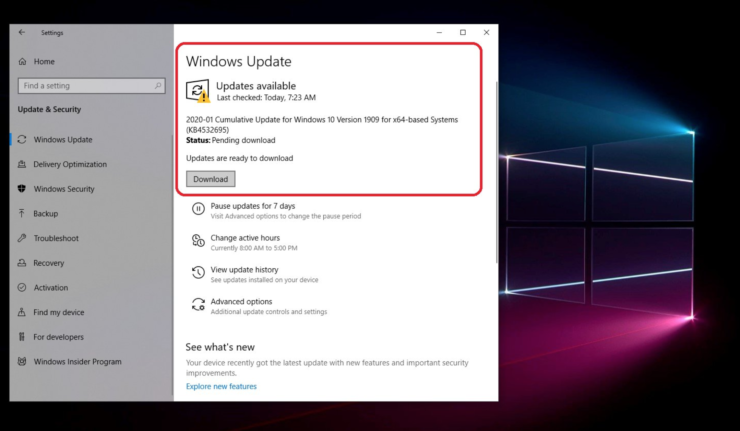 Microsoft released a second batch of Windows 10 cumulative updates last week to multiple versions of the operating system bringing a long list of non-security fixes and improvements. Nothing was, however, released for the latest Windows 10 November 2019 Update (version 1909) or the May 2019 Update (version 1903). The Windows maker has now released updates for Windows 10 1909 to Insiders in the Release Preview ring anyone who's using the latest version.

The latest cumulative update is now out for those running Windows 10 November 2019 Update.

Changelog of KB4532695 (builds 18362.628 and 18363.628) isn't yet available, but it's expected that the company has released all the fixes and improvements that were delivered for the previous versions last week. Microsoft might have also released a fix for the IE zero day, but we will be able to confirm that once the details are out.

[Update]: Details are now out

Windows 10 1909 is getting additional fixes, as well, including:

- Relevant: Microsoft Should Release Windows 7 as Free Software to “Undo Past Wrongs”