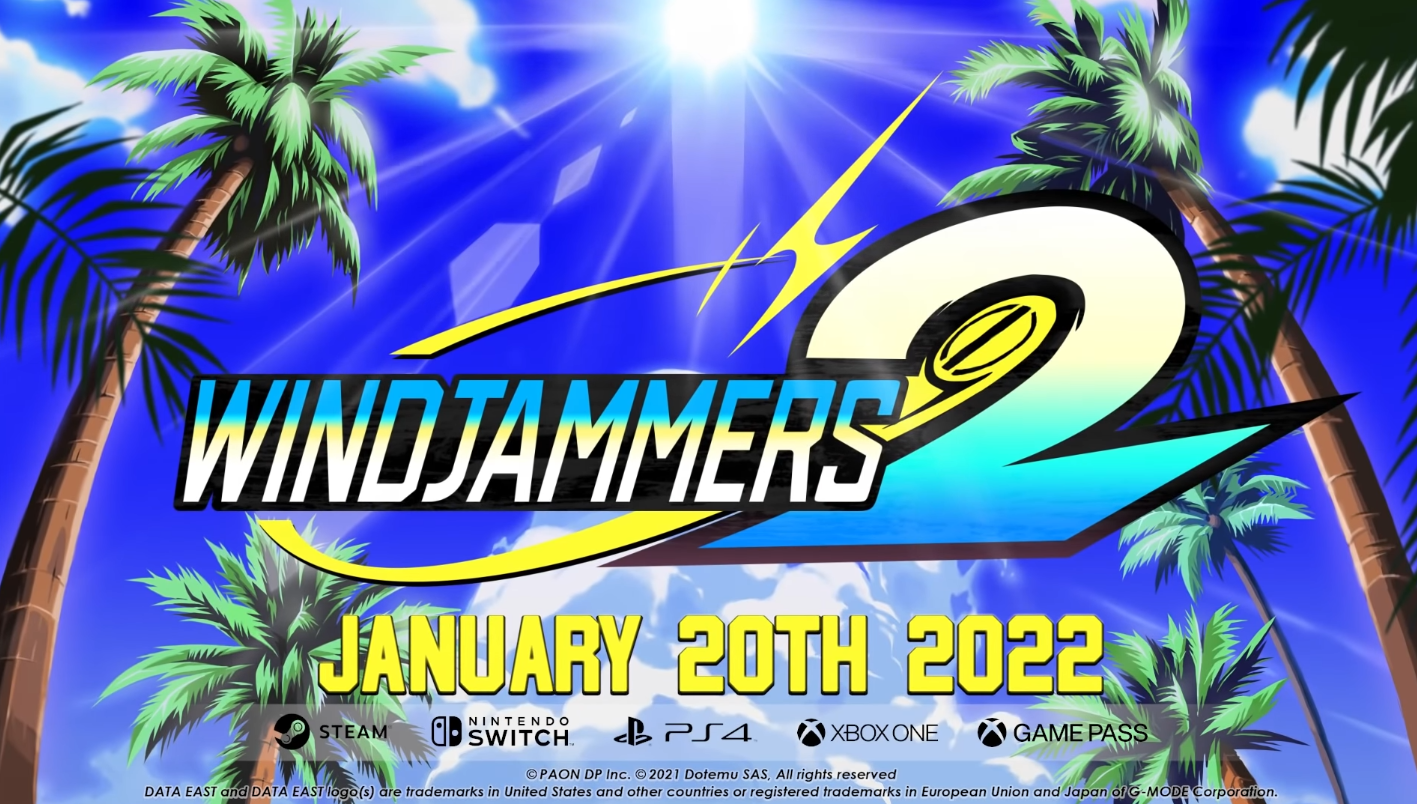 A trailer teasing the release date of WindJammers 2 can be seen below:

WindJammers 2 is the sequel to the NEOGEO cult classic game. It's a fast-paced, strategic, easy to learn but hard to master game that follows the steps of the first episode and brings back what makes the Windjammers series an amazing fun, and competitive game.

This new entry in the series marks the way for brand new characters like Sophie De Lys, Max Hurricane, Sammy Ho, and Jao Raposa while bringing back several characters from the first WindJammers game like Steve Miller, Gary Scott, Jordi Costa, and Hiromi Mita. Every one of them will use their arsenal of moves such as the slapshot, dropshot, and unique EX Moves to win against their opponents.

Speaking of Gary Scott, he volunteered to help new players get into the game. How? By providing the voice-over of the game's latest trailer in which the mechanics and strategies of WindJammers 2 are all explained. Learn all of the trade secrets from a seasoned player in the article we wrote about the subject.

Like other popular 1v1 games such as Blazblue Centralfiction and King of Fighters XV, WindJammers 2 will have rollback netcode support. This implementation will allow for smooth online matches for owners of the various versions of the game. WindJammers 2 will also support crossplay between the PC and Xbox versions of the game while PlayStation players will be able to play cross-gen.