Will the Latest NFT-related Moves by the US Department of Justice Jeopardize ApeCoin’s (APE) Ambitions to Power a Dedicated NFT Marketplace? 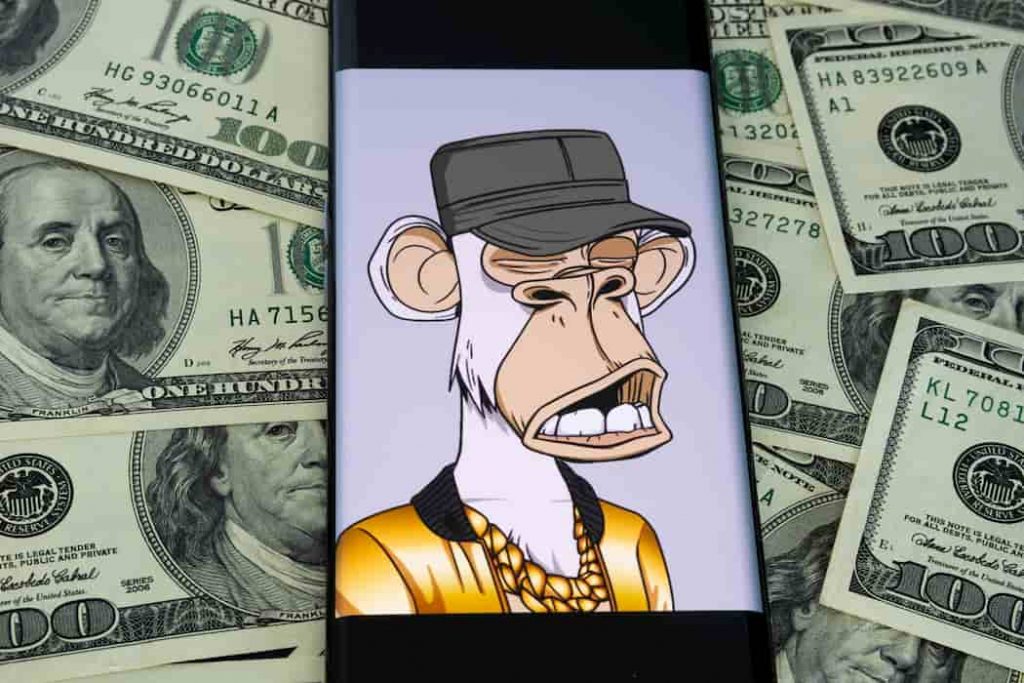 ApeCoin (APE), an Ethereum-based utility token that powers the NFT-focused Bored Ape Yacht Club (BAYC) community as well as a host of other Web3-based utility offerings, including the metaverse-focused game, Otherside, is currently near all-time lows as the declining general interest and the growing regulatory scrutiny of the entire NFT space continues to take a sizable toll.

To wit, the much-hyped ApeCoin is currently trading at $6.19, just a spitting distance away from its 30-day low of $5.25. While APE’s current price is still above its nadir, the token is down a whopping 84 percent relative to its all-time high price of $39.40 recorded on the 17th of March.

Before going further, let’s take a brief refresher course on ApeCoin. As mentioned earlier, ApeCoin powers the Bored Ape Yacht Club, a collection of 10,000 profile pictures minted as NFTs on the Ethereum blockchain. Developed by Yuga Labs, the BAYC is an exclusive NFT-focused organization, with the entry criterion based on the verifiable ownership of eligible NFTs. For the uninitiated, a Non-Fungible Token (NFT) is a blockchain-based deed of ownership of sorts for a digital item, thereby turning it into an asset that can be traded on dedicated platforms. Readers should note that Yuga Labs did not create the ApeCoin. Instead, the token is the brainchild of the ApeCoin DAO, a Decentralized Autonomous Organization (DAO) created to govern APE and its future development.

Coming back, NFTs, in general, have been facing declining interest after having roared to prominence a few months back. Of course, the malaise inflicting the wider crypto sphere forms an integral part of this lack of enthusiasm.

As is evident from the snippet above, the social volume (social media-based conversations) around NFTs has declined precipitously in recent weeks. It is hardly surprising, therefore, that the price of ApeCoin has been languishing in bearish purgatory.

Of course, China and Hong Kong constitute the two bright spots for NFTs right now. Since the Chinese citizens have few alternatives when it comes to savings avenues, with real estate continuing to dominate this sphere, wealthy Chinese citizens have been lapping up art items as an unorthodox investment vehicle. It is only natural for this interest to now spill over to NFTs. Excluding China, the rest of the globe has witnessed a distinct chill in relation to NFTs in the recent past.

This brings us to the crux of the matter. It is not widely known that the ApeCoin DAO has been working on a dedicated NFT marketplace.

What happens to $APE when @apecoin launches an #NFT platform that competes with @opensea? Many have tried to take on opensea w/o success. An @apecoin NFT platform will be the opensea killer. And owning $APE will give you a share of the fees.

To wit, the AIP 3 proposal allocated up to 0.3 percent of the ApeCoin DAO’s total ecosystem fund toward the launch of an NFT marketplace:

From AIP 3 "Up to .3% of the Ecosystem Fund for an ApeCoin NFT marketplace"

However, the recent actions by the US Department of Justice (DoJ) have now increased the risk premium around this step. As an illustration, the US Attorney’s Office for the Southern District of New York has now indicted OpenSea’s head of product, Nathaniel Chastain, for allegedly running an insider trading scheme that involved buying NFTs that were to be listed on OpenSea’s home page and then flipping them off for a handsome profit post-listing.

Opensea head of product knew what NFTs were to be featured on the homepage, bought them beforehand- charged with insider trading

1) what took so long? this has been going on in crypto forever
2) do NFT's have to be a security for it to be insider trading?https://t.co/G9gpsh1P7J

Bear in mind that OpenSea is currently the biggest NFT-focused marketplace with nearly 400 million users.

This step by the DoJ now poses substantial risks for the marketplace-related ambitions of the ApeCoin DAO. First, the DoJ has brought the “wild west” NFT sphere under its jurisdiction. In order to avoid similar indictments, NFT marketplaces will now have to bear substantial costs in order to build up internal controls against various forms of malpractice, including money laundering and insider trading. Second, the crypto space, in general, has thrived on the supposed decentralization and immunity from government overreach that it offers. However, regulators have been slowly encroaching on the entire sector. Consider the fact that the UK’s Treasury is now advocating for the Bank of England to step in “to manage risks related to the failure of a systemic stablecoin firm which either acts as a systemic payment system and/or is a service provider of systemic importance”. This step gained urgency in light of the spectacular downfall of Terra’s UST stablecoin.

Of course, on the other end of the spectrum, greater regulatory oversight is likely to play an important role in curbing the blatant fraud that still occurs with disconcerting regularity across the crypto sphere, including in NFTs. If the DoJ’s recent moves prove to be a deterrent for such activities, many people might conclude that the step was a bitter pill that had to be swallowed in order for NFTs to win broad-based legitimacy.

It remains to be seen how this regulatory encroachment will affect the ApeCoin DAO’s NFT marketplace plans. Regardless of the eventual outcome, the recent DoJ move is likely to prove to be a watershed moment, inflicting additional costs on NFT-focused platforms in return for enhanced internal controls and legitimacy.

Do you think NFTs have a place in our future? Let us know your thoughts in the comments section below.

Uh-oh, ApeCoin (APE) Is Under Watch as the Discord Channel of the Bored Apes Yacht Club (BAYC) Again Suffers a Hack