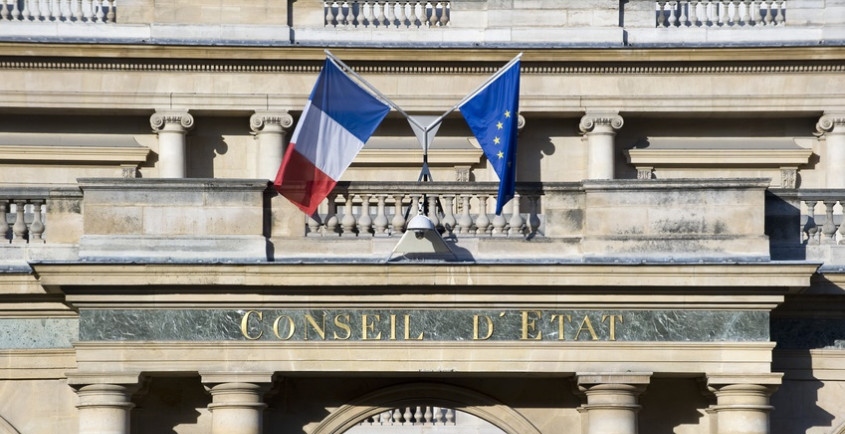 Silicon Valley is about to go into war mode over a new digital services tax approved by the French Senate in July.

Hearings on how the tax will impact the competitiveness of US businesses that operate in France are scheduled for Monday in Washington, with representatives of many large US tech companies scheduled to make an appearance.

This tax is unique because it taxes large tech companies' local revenues -- and not profits. The 3% tax will apply to companies that bring in over €750 million ($832 million) globally in revenue and book at least €25 million ($27 million) of that within France. The companies that will be impacted the most by this new tax are the likes of Facebook (NASDAQ:FB), Amazon (NASDAQ:AMZN), and Google (NASDAQ:GOOG).

France's finance minister, Bruno Le Maire, has said that about 30 mostly US-based companies will be hit by the tax and that it could raise more than €500 million, or $554 million, annually.

Reportedly, Amazon is already passing on the costs to consumers with an increase in fees.

The U.K., New Zealand, Spain and Italy are among countries considering their own digital taxes, similar to France's.

US President Donald Trump has said that he believes the tax France is imposing is unfair, and amounts to a tariff. He hinted at placing retaliatory tariffs on French products, such as wine:

France just put a digital tax on our great American technology companies. If anybody taxes them, it should be their home Country, the USA. We will announce a substantial reciprocal action on Macron’s foolishness shortly. I’ve always said American wine is better than French wine!

The US has opened an investigation under Section 301 of the Trade Act of 1974, which allows retaliation against discriminatory actions -- the same legal grounds the White House used to level tariffs on Chinese goods.

While big tech has 'big business' in France, and around the world, it often declares little to no profit in many of the countries it operates in. Although you can buy advertising on Google in France, or purchase a movie on Amazon Prime, the profits are booked in low-tax jurisdictions elsewhere in Europe such as Ireland or Luxembourg.

Effectively, big tech can operate in any market around the world but pick where it pays taxes. That's not going to be in France, as the country has a high corporate tax rate.

These techniques are most often used by tech companies because these firms can easily shift large portions of profits to other countries by assigning IP rights to subsidiaries abroad, allowing the IP to be utilized -- and from which profit generated -- in low-tax jurisdictions. The most common of these schemes, called the "Double Irish With A Dutch Sandwich", involves transferring IP to an Irish-registered company in Bermuda, then licensing it to a Dutch company, sublicensing it to an Irish company, then sending the royalties (profit from the IP) back to the Dutch company. A chart below explains all of this:

According to reports, Google saved itself nearly $3.3 billion in tax in 2016 by transferring approximately $17 billion out of Europe via the Netherlands to an Irish-registered Bermuda shell company. Due to pressure from the EU, the Irish government closed the tax loopholes "Double Irish" tax arrangements in 2015. However, companies already using the structure are allowed to continue using it until the end of 2020.

It's not known exactly how much cash big tech sends through these various tax avoidance schemes, however, researchers estimate that $408 billion is shifted each year to tax havens in the EU.

Update: August 20, 2019. Amazon has reached out with the following statement

Economists have warned for months that this turnover tax would be passed on by impacted companies and we made it clear to lawmakers that this would have to be the case with Amazon. Because we operate in the highly competitive and low-margin retail industry and invest heavily in building tools and services for Selling Partners and customers, we cannot absorb an additional consumption tax that is based on revenues instead of profits. This tax is aimed squarely at the marketplace services we provide to businesses, so we had no choice but to pass it down to Selling Partners. We recognize that this may place small firms in France at a competitive disadvantage to their counterparts in other countries, and we and many others warned lawmakers this would happen. Unfortunately, we expect that many of these businesses may in turn be forced to pass on this tax to consumers, which will result in higher prices for their products that are sold online through our store and elsewhere.