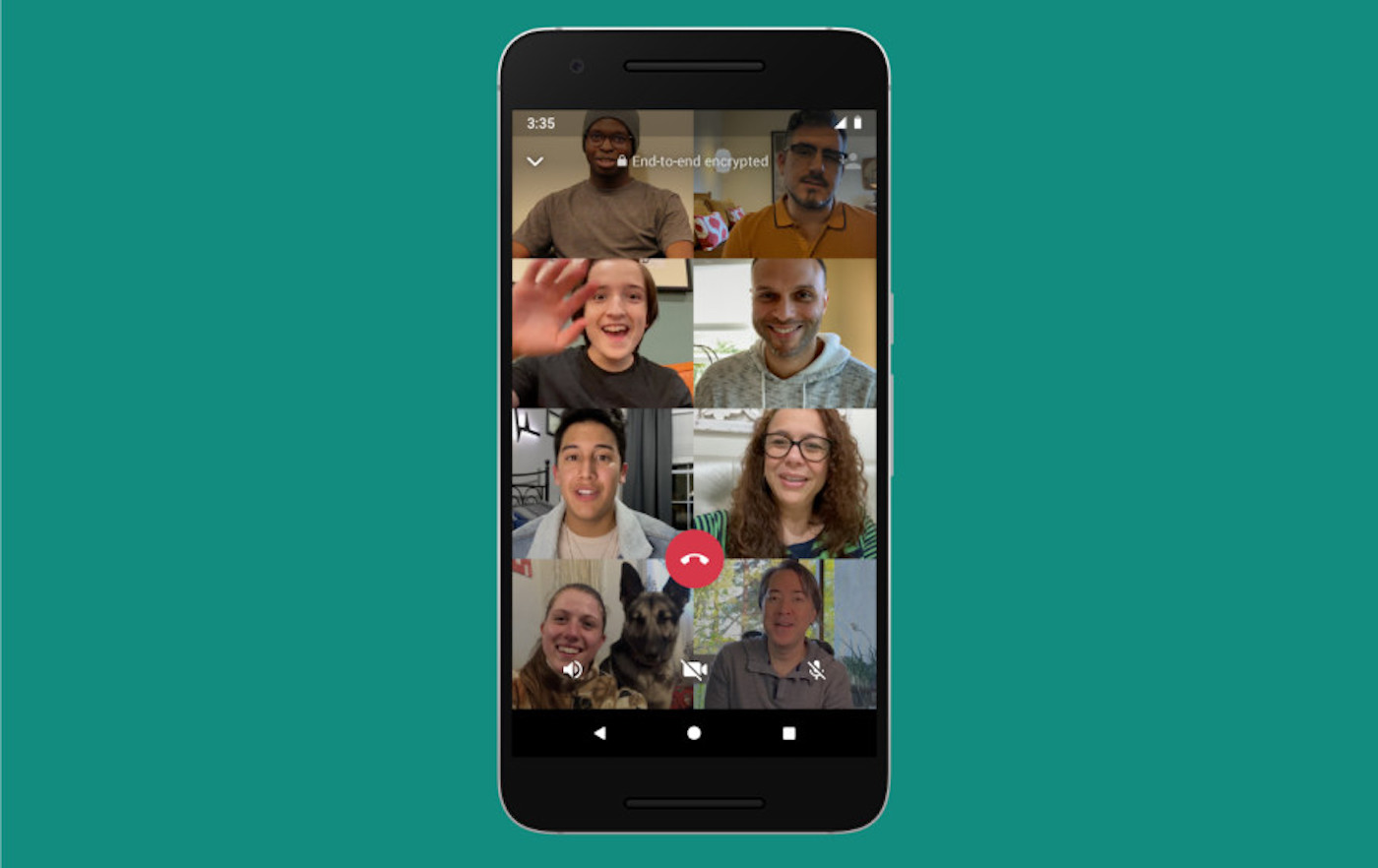 WhatsApp has released a new app update which raises its group audio and video call participants limit to 8 users at a time. The update also includes a few design tweaks, including support for iOS 13's new action menus.

It was speculated for some time that Facebook is working on upgrading WhatsApp's group call limit from 4 participants to 8 participants. The company officially announced the change a couple of days ago, while confirming that the calls would still be end-to-end encrypted. This announcement was accompanied with the launch of Messenger Rooms, Facebook's new video conferencing product which allows users to talk to 50 people at a time via video or audio, but without end-to-end encryption.

WhatsApp has also updated the action menus in its iPhone app to match the new native design introduced with iOS 13.

Instagram Direct also allows users to talk to 4 friends at a time through a group video call, however, the company did not announce plans to upgrade its limit.

Facebook has been working hard on upgrading its products to help users during the COVID-19 pandemic. Messenger Rooms and this WhatsApp update are both efforts by the company to make communication easier for users, during a time when people are confined in their homes and have to rely on online tools to get work done. WhatsApp has 2 billion users around the world who rely on the app to stay in touch and even get their news from.

At the time of writing, the update was only available for iOS, while an Android update is not out yet. Only users on the latest app update will be able to create or attend 8 participant group calls.