WhatsApp Desktop App For Mac And Windows Launched, Here’s How To Set Up 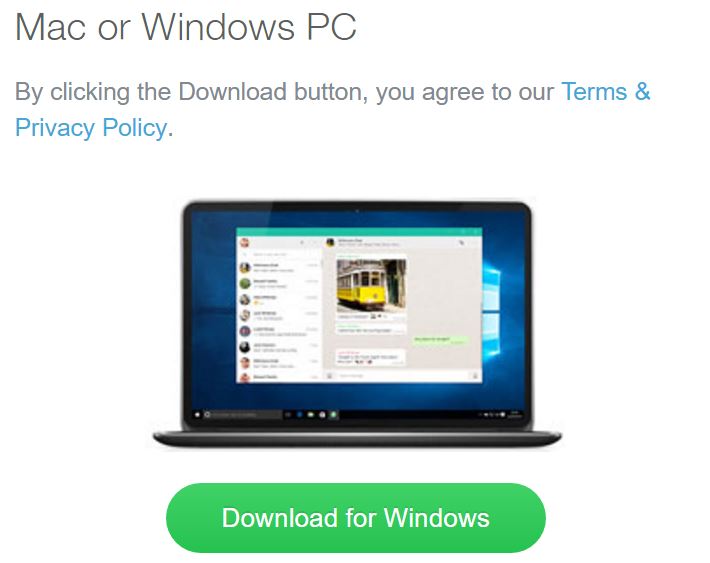 Facebook-owned WhatsApp has a ridiculous amount of monthly active users reaching out to over 1 billion. However, the company has made an important announcement that will make desktop users plenty pleased. Previously, you had the option to incarnate WhatsApp on your desktop via the WhatsApp Web functionality, now it seems the company has some other plans to further increase its data base of users. The company has officially launched a native WhatsApp desktop app for OS X and Windows.

You can now install WhatsApp desktop app for OX X running version 10.9 or higher and Windows 8 or higher. The native desktop app will be completely synced with your smartphone, stating that you will be able to see all your past conversation stacked perfectly and up-to-date. The syncing process will be the same for all mobile platforms, so it does not matter if you're running WhatsApp on your Android or iOS.

If you want to install the WhatsApp app on your desktop follow the step by step instructions given below.

The first thing that you have to do is download the WhatsApp desktop app. You can do this by clicking here.

Now install the app on your desktop. Once done, launch the app and a QR code will be displayed.

Scan the QR code from the WhatsApp app with your smartphone running iOS or Android. Once you scan the QR code, you will see all your conversations synced to the desktop app.

We came to know about the WhatsApp desktop app in the start of May. For what it seems, it didn't took long for the company to officially unveil the app.

“Today we’re introducing a desktop app so you have a new way to stay in touch anytime and anywhere – whether on your phone or computer at home or work. Like WhatsApp Web, our desktop app is simply an extension of your phone: the app mirrors conversations and messages from your mobile device.”

As WhatsApp has rolled out end-to-end encryption for all of its messaging options, it is yet to be seen if the desktop is encrypted from both ends as well. Moreover, some researchers also believe that WhatsApp encryption is useless due to SS7 vulnerabilities. Nonetheless, it's good to see WhatsApp launching a desktop app for users. Overall, this will make the chatting experience more seamless as you will not have to scan a QR code every time you want to shift your conversation to the web.

Christmas Software Sale: Get Windows 10 PRO Key Cheap And Only For $7.43!!