The battle over encryption between Apple and the FBI may have come to an abrupt halt after a third-party helped the FBI in unlocking an iPhone, but the debate over privacy, encryption and security has only intensified. For years, the law enforcement agencies and governments have tried to pressurize the tech companies into handing over the data, something that neither received user approval nor a nod from the activist corners. Finding themselves in a tight corner, major tech companies like Apple and Google decided to offer encryption to the user - a new system where even the companies themselves can't access the content. 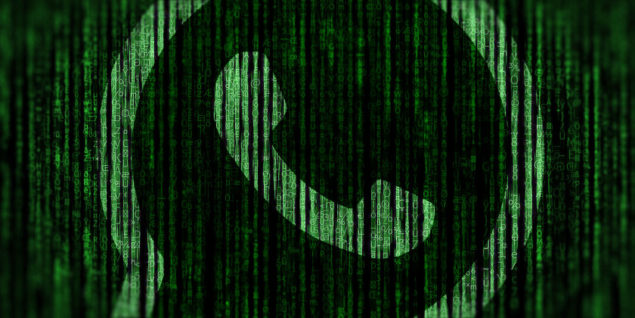 WhatsApp encryption battle about to start?

In the latest and possibly the biggest such attempt, WhatsApp has announced that all the messages, phone calls, photos, and videos sent over its messaging app will be encrypted end-to-end.

"I don’t really want to be in the business of observing conversations,” he (Brian Acton) says, adding that people were constantly asking the company for full encryption. “This is something our users wanted. Maybe not your average mom in middle America, but people on a worldwide basis.”

This is bigger than what Apple is doing because the messaging app is currently being used by over a billion of devices, from Android to iOS to S60 phones. End-to-end encryption essentially means that the governments all over the world will have no means to access any communications done using WhatsApp, and the company itself won't be able to help them either. WhatsApp already offers end-to-end encryption, but has never offered a complete solution that encompasses over all the platforms and all types of communications. Previously, WhatsApp has complied with court orders to release information from its servers.

While many from the government have tried to push for a system where companies, while offering encryption to their users, also create a backdoor in their systems and services, thereby weakening their own services, tech companies seem to stay strong on their goal of focusing on user privacy.

"Slipping a backdoor into an encrypted service would defeat the purpose: you might as well not encrypt it at all. A backdoor would just open the service to abuse by both government and hackers."

“I think this is politicians, in some ways, using these terrible acts to advance their agendas,” he (Koum) says. “If the White House thinks that Twitter can solve their ISIS problem, they’ve got (a lot of problems).”

"WhatsApp runs on an incredible number of mobile platforms, so full deployment will be an incremental process," company had said when it started offering end-to-end encryption on Android a year back. Acquired by Facebook in 2014, Jan Koum, the founder of the messaging app, had made it clear that WhatsApp will continue to work independently. However, the latest decision definitely received approval from the parent company. “If they (Facebook) were not supportive of us, we wouldn’t be here today," Koum said in an interview to Wired. WhatsApp's co-founder Brian Acton also talked about why it is necessary to offer encryption:

Building secure products actually makes for a safer world, (though) many people in law enforcement may not agree with that,” says Acton.

With encryption, Acton explains, anyone can conduct business or talk to a doctor without worrying about eavesdroppers. With encryption, he says, you can even be a whistleblower—and not worry.

The debate around the balance between security and privacy will continue to intensify in the coming years, as more tech companies join this battle. In a world where no tech service is limited to serving an "average mom in middle America," it will be tricky even for the sake of "national security" to create a backdoor in order to help some specific governments.

The update to WhatsApp is rolling out to all the platforms, including iOS, Android and Windows Phone.