Android-using WhatsApp users have been able to take advantage of the newish voice-calling feature for a while now, and after a substantial delay, those on iPhone can now get involved. WhatsApp Messenger version 2.12.1 includes voice call support as standard, although unfortunately, you may still have to wait a while for it to reach you. 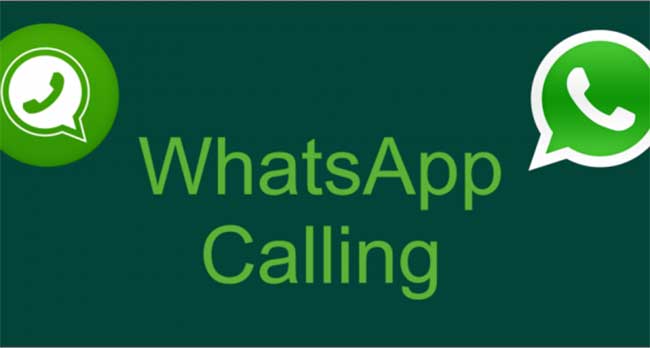 According to the changelog for the updated WhatsApp, "WhatsApp Calling is rolling out slowly over the next several weeks," so even though you'll have an app that has been primed and ready to make peer-to-peer voice calls, you may not see it until WhatsApp activates it for your device. This is a bit of a disappointment, but a more organized, regimented release will ease the burden on the servers and hopefully, improve the experience for all.

Since being taken over by Facebook, WhatsApp has seen quite a few changes and improvements. Only recently, a WhatsApp Web brought the instant messenger to the desktop browser, but while it has promise, it's very much a work-in-progress for now. We'd like to think that the Web app will improve with time, and be afforded many of the features that are clearly missing, but for a first run, it's functional.

The same should be said, at this point, of WhatsApp Calling. Having tested it out a few times on Android, even with strong signal on both sides, I have been hit by poor reception, and more than once, been forced to revert to traditional cellular phone calls in order to hold a conversation. Given that WhatsApp Calling is still very, very new, we certainly shouldn't go expecting complete clarity, but once the dust settles and WhatsApp users grow familiar with the feature, one would hope that improvements will be made to overall usability.

So, if you try and call somebody on iOS after they've updated, they may still be waiting for the official green light from WhatsApp's server side, and therefore, you may be met with a message that "[name] needs to update the app to receive WhatsApp calls." This is appears to be the universal pop-up that appears whenever somebody tries to call a device that hasn't been readied for calls, but in weeks to come, most folks on iOS and Android should be able to make calls without too many issues.

Calls are completely free of charge, which is very good news, but data usage rates do apply, so take care not to exceed your limits. If you can find a decent free Wi-Fi hotspot, though, then you're good to go, and should be able to call without limitation provided those niggling signal / reception issues don't come into play.

You can download WhatsApp Messenger 2.12.1 from the App Store.