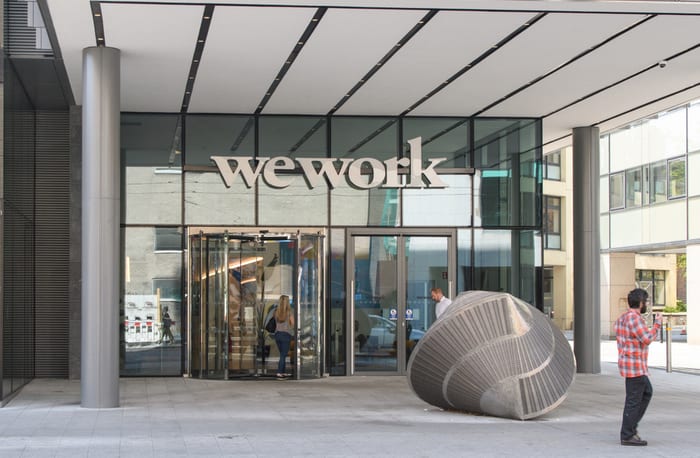 WeWork may be facing a valuation of only $8 billion in a potential bailout deal for the beleaguered company. If true, this is a very large blow to the SoftBank Vision Fund that has reportedly invested over $10 billion into the start-up.  This was a massive investment and a large vote of confidence in the office solutions company that last year lost $1.61 billion. To say that this confidence was unfounded would be an understatement and calls into question the ability of such funds to pick and choose market winners. Looking to help fix the problem, many banks and investment firms, led by JP Morgan Chase (NYSE:JPM) are looking to step up and correct the problems at the company with a $5 billion loan.  One major player that will likely avoid this funding is Goldman Sachs Group, Inc. which previously participated in debt financing.

WeWork is turning into something of a cautionary tale, in addition to other recent IPO’s, about the overvaluation of companies with no clear path to profits and continuing losses. This follows other recent disappointments like Uber which saw a weak IPO for Softbank (OTCMKTS:SFTBY). Many market watchers think that there is a high likelihood that JP Morgan will be able to come through with financing since it has a lot of investors that would take a large loss if the company went bankrupt.  Troubling for WeWork though is what would occur if it doesn’t. They don’t have many options when it comes to financing and they may have to cut a deal with Softbank, which would then take a controlling stake in the company.

Another option for both firms is that they could make a much longer-term commitment to turn around WeWork and move the company to a place of profits and growth.  What appears to have happened in this situation was that Softbank made a risky decision to prop up a floundering company and then bring it to the market with an inflated valuation in an attempt to recoup the investments it had previously made rather than invest in a company that had control over its spending, manage its capital well, and grew profits for its owners.  What is fascinating is that Masayoshi Son, the head of Softbank, actually champions this approach, where the company makes large bets in companies that he feels are highly disruptive in their industries, and looking to shake up the status quo. This has led to conflict with other shareholders.

While you can always hope to win big, it’s usually no more than just gambling and as the disappointments pile up, there will be fewer and fewer people following along with a ‘new’ and ‘disruptive’ investment strategy.  While SoftBank may be willing to double down on its WeWork investment it doesn’t look like that is a feeling shared by their investment partners. Softbank is one of the leaders in funding startups like these but with investments turning sour one after another it remains to be seen if other funds will now continue to follow such reckless investing in the future.