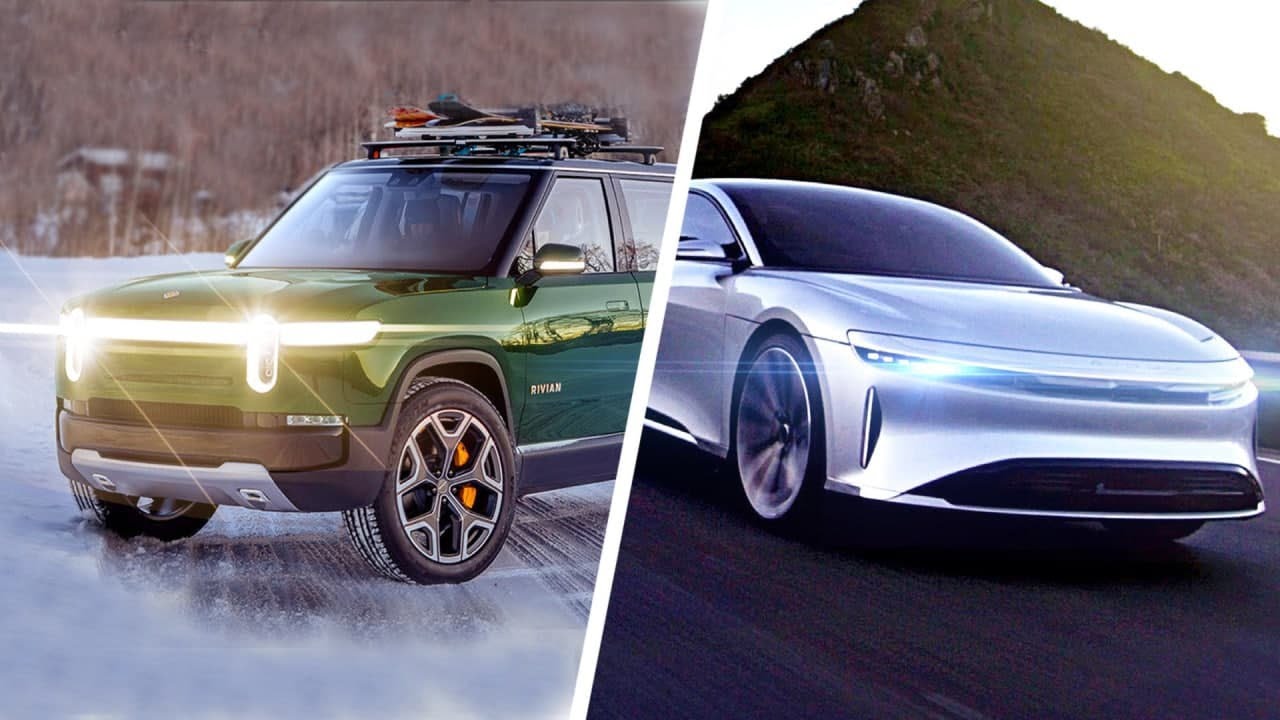 Lucid Group (NASDAQ:LCID), the company behind the Air electric sedan, seems inextricably linked to the fate of its other ultra-luxury counterpart, Rivian, at least when it comes to the stock appreciation prospects.

After all, both companies are relatively new entrants in an industry that is undergoing a seminal shift toward electrification. Moreover, both entities are predominantly targeting the luxury segment of electric vehicles, although Rivian is also an emerging player in the last-mile-delivery commercial electric vans sphere. Finally, both do have at least one overlapping product, with Lucid Group slated to launch its Gravity SUV while Rivian is working on the R1S SUV.

As a refresher, Amazon invested $700 million in Rivian back in September 2019. As part of the arrangement announced back then, Rivian is slated to provide 100,000 electric delivery vans (EDVs) to Amazon between 2022 and 2030, with the first 10,000 vans now expected to hit the road by 2022. Additionally, limited deliveries of Rivian’s R1T electric truck have now commenced, with the R1S SUV expected to soon follow suit as well. Notably, both of these EVs share the same basic architecture as that of the EDV, thereby creating substantial cost-saving synergies in the process. The R1T is expected to start retailing at around $70,000, a price tag that commands a hefty premium relative to the Ford F-150 Lightning electric pickup truck. Rivian’s truck will offer a range of about 400 miles and an acceleration from 0-60 mph in 3 seconds. While the R1T is meant to primarily target the North American market, Rivian aims to introduce the R1S SUV in Europe as well by 2022, thereby tapping another vibrant EV market.

As far as Lucid Group is concerned, the company aims to manufacture 20K units in 2022 and 49K units in 2023. Crucially, 2023 would also see the launch of the Lucid Gravity SUV. As far as 2021 is concerned, Lucid Group is already slated to meet its target by manufacturing 520 EVs to commemorate the groundbreaking EPA range of 520 miles for the limited-edition Lucid Air Dream version. Lucid Group announced last week that its Air EVs are now rolling off the assembly line at the AMP-1 facility in Casa Grande, Arizona, and that deliveries would commence in October 2021.

Lucid Group’s (NASDAQ: LCID) Valuation Is Inextricably Linked With That of Rivian

This brings us to the crux of the matter. Rivian filed the requisite S-1 Form with the SEC last week. This filing paves the way for the company to go public via an IPO. Crucially, Rivian is targeting an $80 billion valuation as a part of this process. Should the company manage to pull this off, it would result in profound implications for the stock appreciation prospects of Lucid Group. Let’s elaborate.

First, this development underscores the hefty appetite that the market still retains for near-pre-revenue EV manufacturers. Investors appear willing to tolerate lofty valuations in this hyper-growth sector. This, of course, is a good omen for the relatively undervalued Lucid Group shares.

Second, a cursory look at the numbers suggests that there is a disconnect between how investors view Rivian and how they evaluate Lucid Group. As an illustration, Rivian has disclosed in its S-1 filing that its Serviceable Addressable Market (SAM) stands at 7.9 million units for the R1T/R1S and at 2 million units for the commercial EDVs. However, Rivian’s Illinois plant, a retooled Mitsubishi Motors factory, currently has a capacity to produce only around 150,000 units annually. Of course, the company is also looking to invest $5 billion in a sprawling 2,000-acre facility – dubbed Project Tera in Rivian’s internal documents. However, this new facility will reportedly feature a production capacity of 200,000 units annually. This means that Rivian would be able to produce only 350,000 units annually at max capacity for the foreseeable future.

Lucid Group aims to manufacture around 251,000 units per annum by 2026. This means that the market is currently valuing the company at $158,685 per unit expected to be delivered in 2026 (the last year for which these projections are available and based on the current market cap of $39.83 billion).

On the other hand, the market is assigning a value of $228,571 per unit to Rivian, assuming that the company is able to meet its projected max production capacity of 350,000 units.

Consequently, Rivian is currently commanding a premium of 44 percent relative to Lucid Group’s valuation! There are several ways of looking at this disparity. First, investors might not be confident that Lucid Group would be able to meet its projected production in a timely fashion, thereby necessitating a discount. However, the magnitude of this disparity is such that there is a hefty probability of a mispricing. If we assume that Rivian is being correctly valued by investors, the upside potential for Lucid Group shares then turns out to be at least 44 percent, thereby corresponding to a share price of $35.43. If, on the other hand, Lucid Group’s valuation is fair and Rivian’s is bloated, look for a sharp correction in the immediate aftermath of the company’s IPO.

We would, therefore, urge our readers to pay close attention to Rivian’s upcoming IPO. Should the stock maintain its lofty valuation in the post-IPO phase, it would indirectly strengthen the bullish case for Lucid Group.