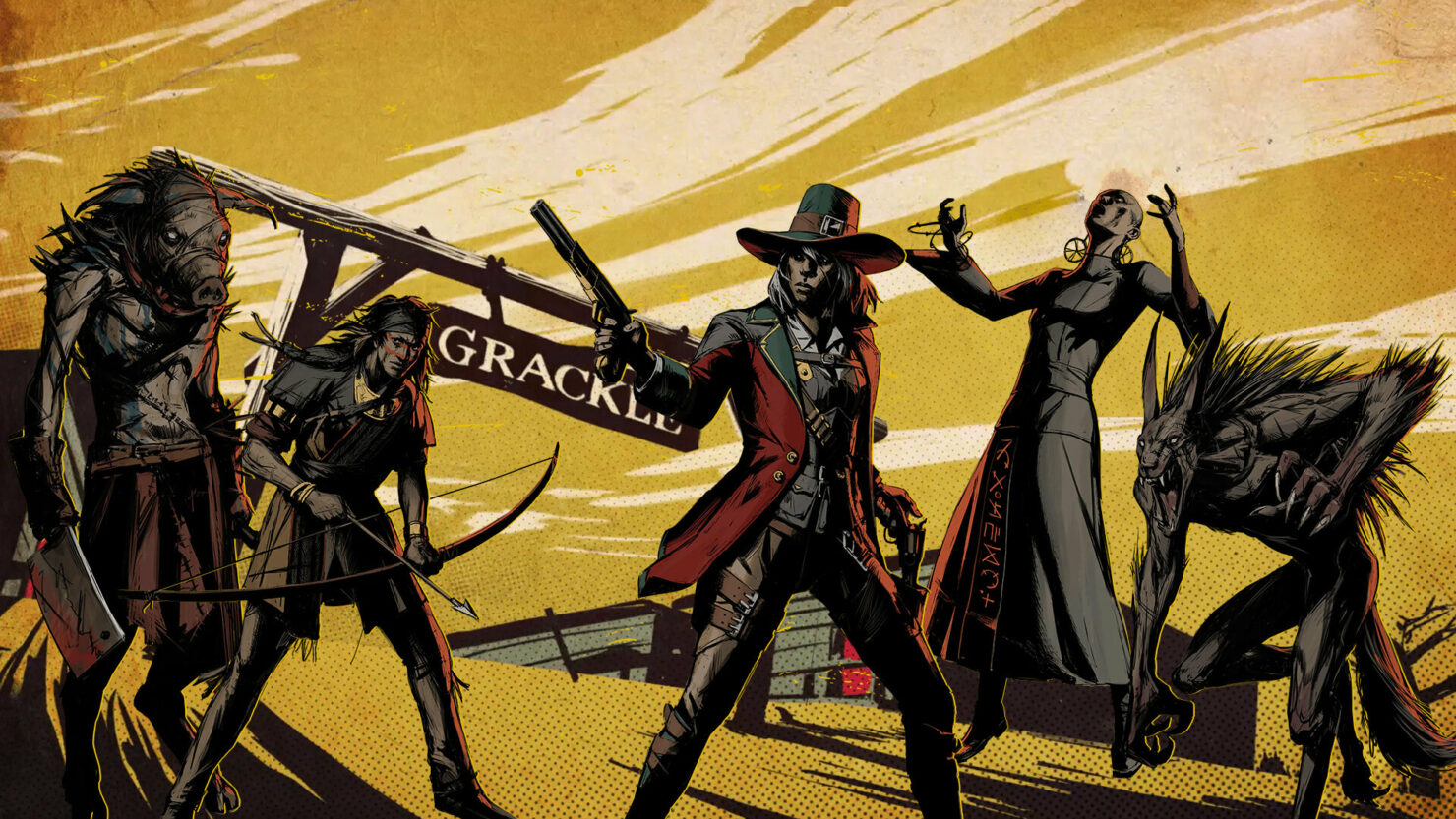 If you love the types of games made by Arkane, it's going to be a sweet next couple of months between the studio's next game, Deathloop, and Weird West, developed by a bunch of former Arkane developers who left the French studio a few years back.

Weird West does have a fundamental difference compared to those games: it's played in isometric view. This was obviously a conscious choice made by WolfEye (an independent studio comprised of about twenty developers) to keep a manageable budget. Other than that, however, it's looking every bit as enticing as you'd expect given the pedigree of WolfEye, not to mention even more open ended than any Arkane game to date.

We recently had the chance to speak to Raphael Colantonio and Julien Brody during a group interview. As a reminder, Weird West is targeting a Fall launch on PC (Steam), PlayStation 4, and Xbox One.

Do you choose which order you play the five characters in?

Raphael Colantonio: We've gone back and forth with that because we actually could have let the players choose, but in the end, we felt it would only add more confusion for the players. Eventually, we just decided on a set order, so yeah, you will always start with the bounty hunter et cetera et cetera.

Julien Roby: They're still connected as it's the same timeline. Whatever you do in the first journey has consequences in the subsequent journeys.

Raphael Colantonio: The state of the world inherits everything you do.

Does each character have a very different set of abilities depending on what their backstory is?

Raphael Colantonio: They support the identity of the character.

In terms of relics, can you hold on to a relic from a character to give to another character in another storyline?

Julien Roby: You can recruit the previous characters to do some support work for you in terms of combat. Also, you can get back anything that they're still holding, like relics, gold, keys.

Immersive sims seem to have a pretty steep barrier to entry, whereas that doesn't seem to be the case with Weird West. Was that a conscious design decision?

Raphael Colantonio: Yes, totally. Although I think it was not a deliberate design choice from us as younger designers twenty years ago when we made those games hard. This time we really wanted to make that effort to onboard the player, having lots of tutorials, even little videos whenever you find something new.

These games become hard if you don't tell the players what they can do. If you just assume that everybody is going to figure it out, then you're going to lose a lot of people. Even though Weird West is equally hardcore, this time we've made a lot of effort bringing that support that we never really put so much attention on before.

Julien Roby: Compared to previous games we made like Arx Fatalis or Dishonored, Weird West is a lot deeper, it has many more systems. However, we lowered the barrier.

With Arx Fatalis, many players figured it was a linear game during their first playthrough. Here, we wanted to make sure the depth was actually visible from the get-go, so players would understand they could approach everything in their own different ways.

Raphael Colantonio: The reality of games development is that you do the onboarding at the end as your game becomes clearer. One of the reasons we never did it before is we didn't have the time, and we underestimated its value. But this time, we said we really had to do it.

How different is the play style of the characters in Weird West?

Raphael Colantonio: I think in the end, it will be the different play style of the players that matters more than the characters, even though the characters do impose a bit. Some have more inclination toward stealth, for instance.

Raphael Colantonio: I would say 80-20. Just to give you an idea, it's not an exact measurement, but the idea is that most of the experience is pre-authored with its own branching, but on top of it it's sprinkled with random stuff that remembers what you've done before.

Weird West is a bit reminiscent of Divinity: Original Sin. Was that an inspiration?

Raphael Colantonio: A little bit, for sure. We love that game. It's a very different game, right? They're going with turn-based combat, way deeper dialogue, but I have no doubt that we love the same games. Both of us did a different take on similar games.

For sure, the elemental system is very reminiscent of Divinity: Original Sin. Even the way they have these little icons with the status, like wet, warm. There was certainly some inspiration from that, it's kind of what we do as designers, we honor the great games that came before.

Julien Roby: We wanted the world to have a coherent set of rules. For example, if it starts to rain, it will fill empty barrels. If you had a lightning grenade equipped, for example, then you now have another solution presented to you dynamically. On the other hand, when it rains, you can't use dynamite.

How much player choice is there in Weird West when it comes to plot resolution?

Raphael Colantonio: A lot of decisions will be made at the end of a journey, and those decisions will change the state of the world for all future journeys. There's one journey when you decide the fate of an entire type of NPCs.

WolfEye is an entirely remote studio. Did it feel like you were particularly suited to continue development throughout COVID?

Raphael Colantonio: Even though we did start remotely, we were supposed to meet with the full team every two to three months. We did that for a while, and it was great. Then, of course, COVID happened, and everybody worked the same way, which is entirely from home. Being a team of 25 certainly helped compared to much larger developers. But I can't wait to see these guys again.