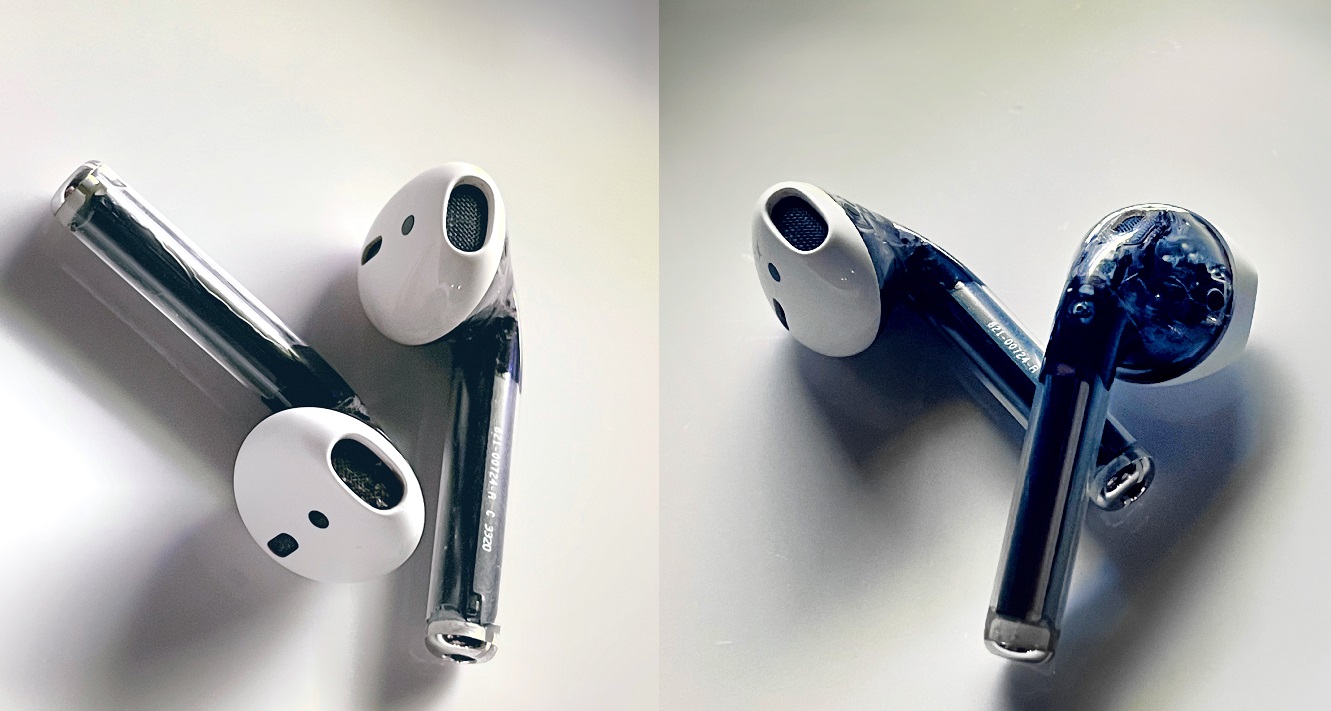 The AirPods gave Apple a huge leap forward in the wireless earbuds market. With the launch of the AirPods Pro, Apple has added enhanced sound quality in a miniaturized package. Today, new images of a transparent AirPods prototype were shared on Twitter. Apart from the AirPods, a prototype image of a 29W power adapter is also shared which too is transparent. Scroll down to read more details on the subject.

The images of the transparent AirPods prototype were shared by the Apple device collector Giulio Zompetti. The AirPods seem to be the first generation or second generation since both models shared the same design. It can be seen that the outer shell of the stem is made of see-through plastic. On the top, you can see how the earbud has a normal white plastic. The transparent casing is used by engineers to see what is going on inside the device.

To be fair, the transparent AirPods do look nice if it was packaged neatly with a few nifty additions. It is always good to see companies playing around with the design and the see-through look is a favorite to many.

This is all there is to it, folks. What are your thoughts on the look of the transparent AirPods? Would you want to buy a see-through product? Let us know your thoughts in the comments.