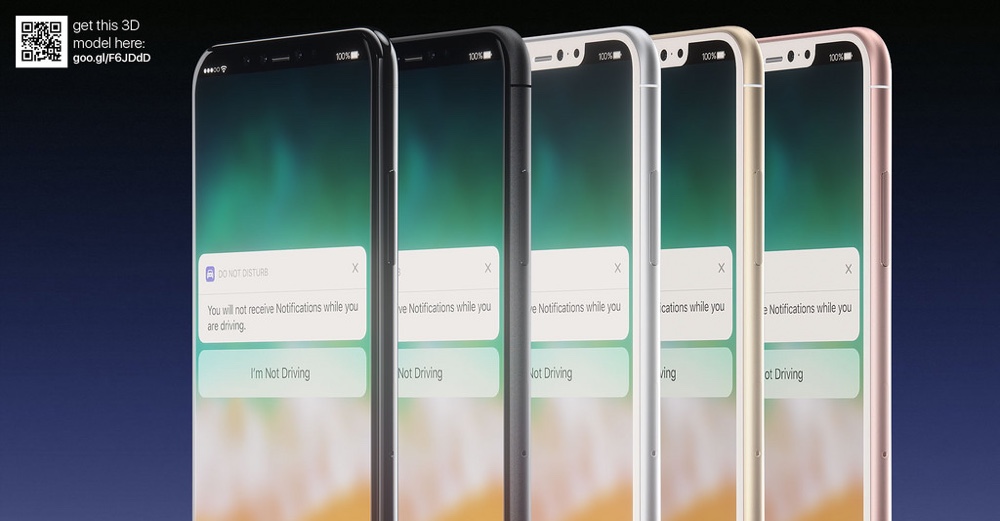 You'll see a ton of iPhone 8 concept renders, but very few are going to be spot on when it comes to design and features. This one takes the cake and there isn't going to be any second opinion on it.

According to an image lying deep inside the firmware of the yet-to-be available HomePod speaker, the iPhone 8 is more than likely going to be an all-screen affair. It's easy to visualize in your head how things are going to pan out, but Martin Hajek couldn't wait any longer. The man went ahead and brought the device to life in a beautiful iPhone 8 concept render which we wish turns into a reality in a snap. It's simply stunning to look at.

Check out the images below and make sure you have that drool bucket in place.

The front of the device is based on the leak (as mentioned above). The rear of the device is based on several leaks which we witnessed in the past few weeks. We get the similar iPhone 7 Plus like camera configuration at the back except that the lenses are now vertical and the flash lives in between them. This gives the camera system an overall cleaner look too. But of course, what Apple ends up releasing later this year can be drastically different.

The iPhone 8 concept is imagined in five different finishes. But rather than plastering the back of the device with a dye, only the sides receive different accents. The front or back are either in white or black. Quite frankly, it looks pretty nice, in my opinion. Then again, Apple could take a completely different route in this department as well.

iPhone 8 is expected to be released later this year after the official release of iOS 11. The device is believed to be the first ever smartphone from Apple that would carry a OLED display. It's also believed that the iPhone 8 will pack in a new facial recognition feature while also maintaining Touch ID like the current models. There's debate that Apple might even remove Touch ID completely from the new smartphone. But that remains to be seen.