We Happy Few Launching in Spring 2018, Gearbox To Publish 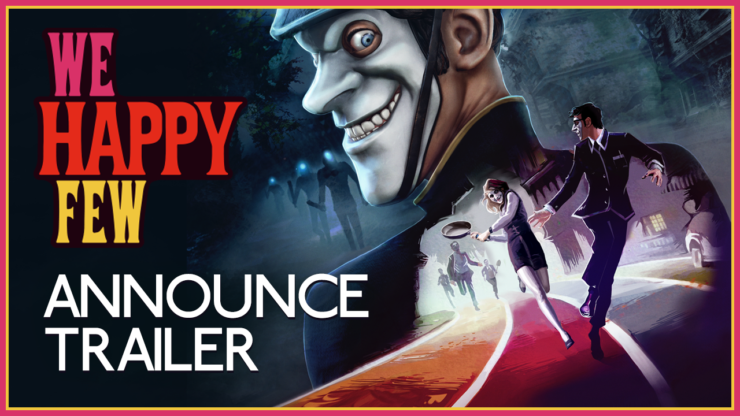 We Happy Few, the sandbox rogue-lite survival game Kickstarted in July 2015 and currently available on Steam Early Access/Xbox One Game Preview, will fully release next Spring on PC, PlayStation 4 and Xbox One.

The announcement came yesterday and it included the reveal that Gearbox will publish the retail game. According to the developers, this will allow We Happy Few to reach a grander vision.

Our team was humbled by the initial public reception to We Happy Few, and delighted to have this chance to make it bigger. We’re longtime fans of Borderlands, and we’re excited to be part of a line-up that also includes games like Homeworld and Fortnite. Gearbox believed in us from the very beginning, and we think this partnership will make it possible to create the game that our community expects.

Compulsion Games has an amazing game vision and it’s an honor for Gearbox Publishing to contribute to the effort.

The final release will feature a full-length story campaign with three playable characters and more than 250 unique encounters. You can pre-order your digital or physical copy of We Happy Few for $59.99, with a 15% discount at participating retailers, and receive the in-game Jolly Brolly parasol weapon. Microsoft Store, Steam, GOG.com, and Humble Store customers will also gain access to the alpha version of the game at the time of pre-order.

There's also a Collector's Set planned for We Happy Few. It will cost $149.99 and contain 60s-themed goodies like a replica Bobby mask, “You Look Smashing” Lamp, the We Happy Few soundtrack on vinyl, a Joy alarm clock, and more. It does not include a copy of the game so that Early Access players can purchase it separately. 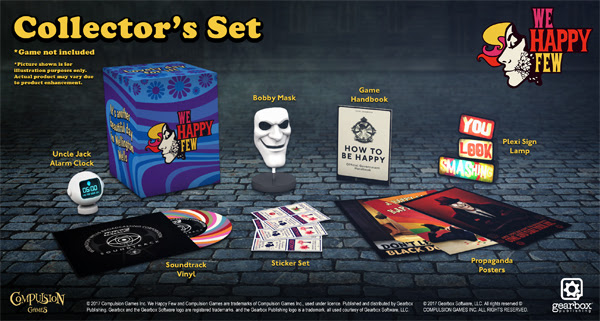 Finally, a new 'Life in Technicolour' update just released on Steam Early Access and Xbox One Game Preview, bringing new Joy effects, improved UI, reworked AI and more. This will be the last major update before the full launch in Spring 2018.