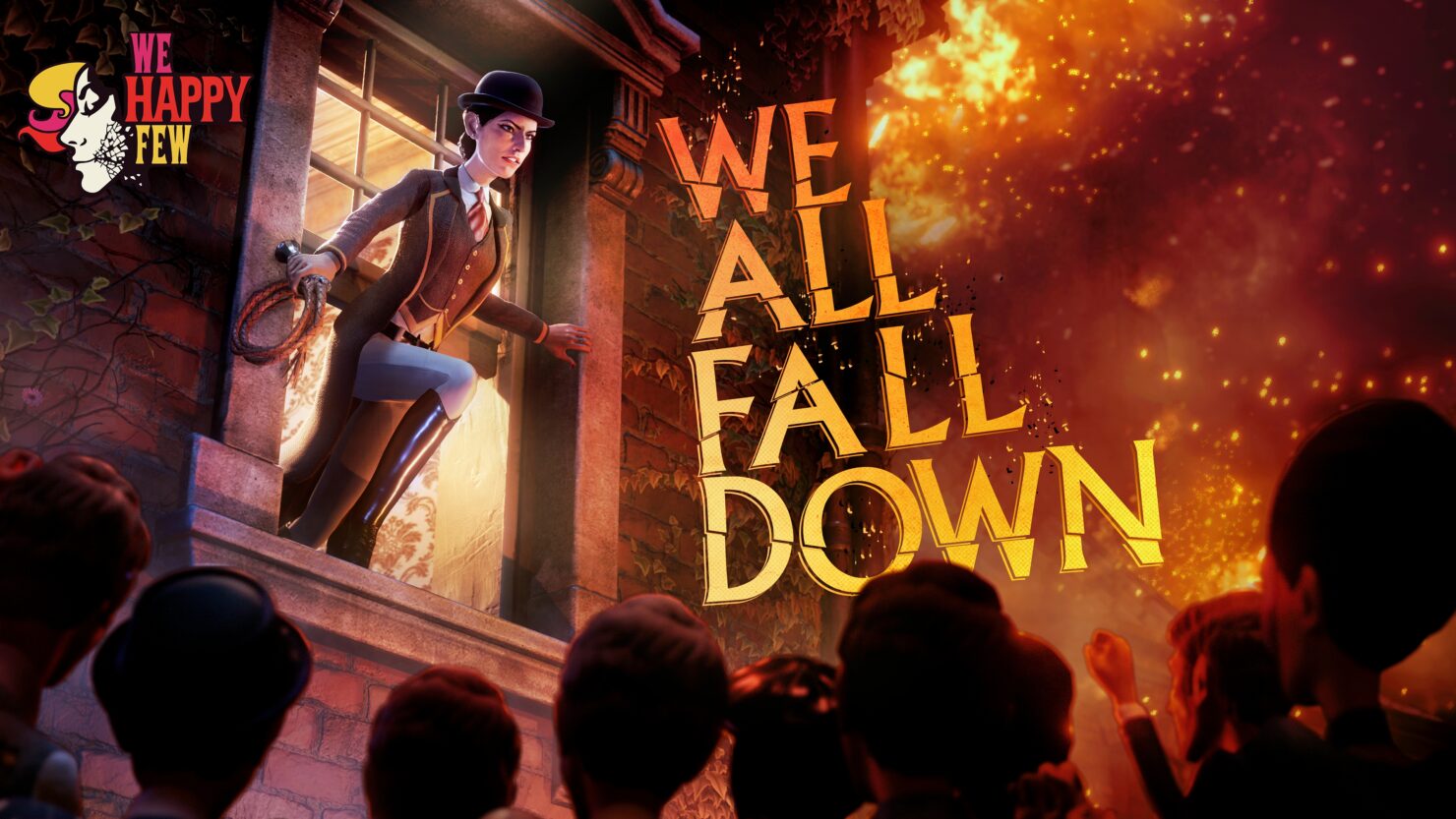 Compulsion Games (now part of Xbox Game Studios) announced that the last expansion for We Happy Few, their dystopian British-flavored adventure game, will release on November 19th. Called We All Fall Down, the expansion is priced $7.99 on its own; it's also included in the Season Pass.

Gameplay-wise, the main additions are new combat options and rooftop traversal, which will be handy while trying to avoid the authorities of Wellington Wells. Check out the trailer below.

We All Fall Down returns to We Happy Few’s dark origins, but burns it all down in spectacular fashion. Starving like the rest of the people, Victoria Byng wrestles with her own withdrawals as the city slides deeper into Joy shortage and disorder. Victoria has always helped to keep things proper, but the closer she looks, the deeper the rot seems to run.

To free the city from Joy, players will strategically maneuver around the city’s rooftops, take up arms against the Bobbies, and expose citizens to their dismal truth. Victoria can whip foes in a snappy take on combat or silently take out enemies with the new dart gun. Stealthy players can climb around the rooftops, adding more variety to We Happy Few’s gameplay. We All Fall Down focuses on storytelling and fast-paced action without including the survival mechanics found in We Happy Few.

We All Fall Down offers the best way to experience We Happy Few to date: