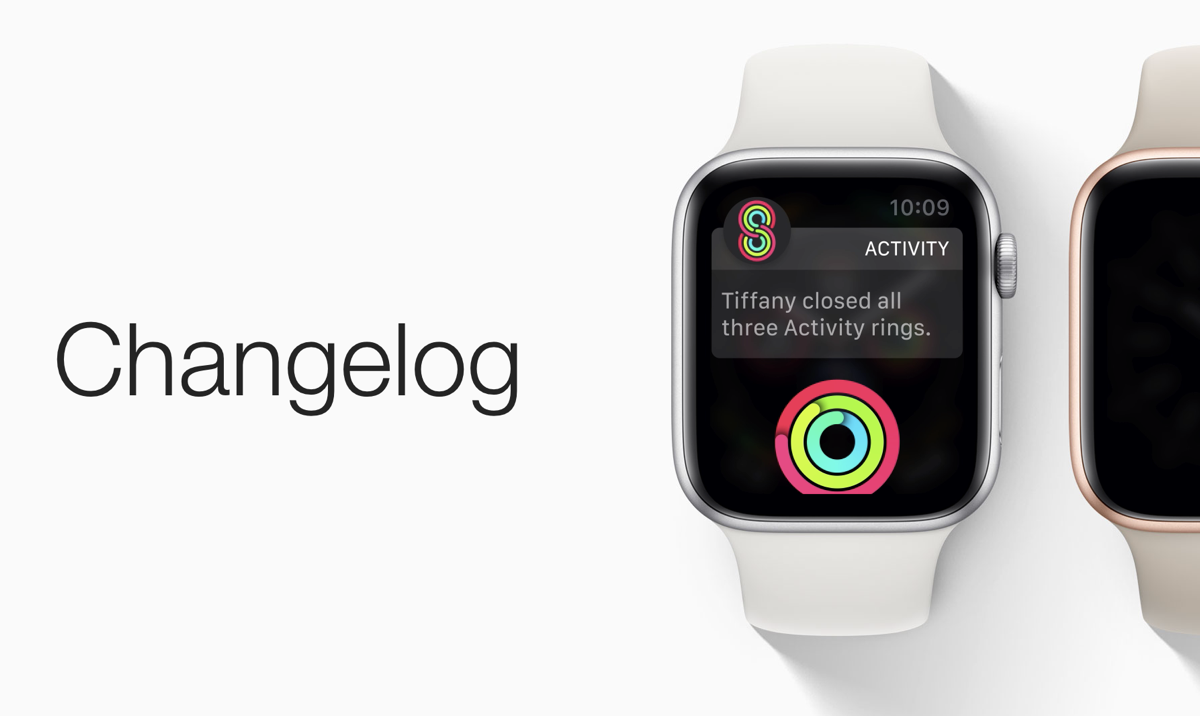 Here's everything that is new (changelog) in the latest watchOS 5 update for Apple Watch Series 3, Series 2 and Series 1.

watchOS 5 has finally arrived and users are going to be scrambling to get the update right away. But if you're a long way from home and know that you can't install watchOS 5 for a good amount of time, then you can have a glance at the changelog of the update itself and see what you will get when you do ultimately install the firmware onto your Apple Watch Series 3, Series 2 or Series 1 device. Remember, the watchOS 5 update is not available for the original Apple Watch model due to its aging hardware.

Without a doubt, watchOS 5 is a very uncompromising update in a lot of ways, especially for those who love fitness. You can simply start a workout by just, you know, starting a workout literally. Also, there's a new Walkie-Talkie feature as well which will allow you to have two-way conversations with your Apple Watch-toting friends in an instant. All you have to do is make sure that they have an Apple Watch and available for a chat.

If you want to learn all about the watchOS 5 update, you can head over to this page over at Apple's website.

Other than that you can now challenge your friends and family members for an activity. If that's not enough, you'll get a new set of awards and trophies for achieving goals and whatnot. Also, if you're a runner, then you will be excited to learn that the running Workout has received a significant boost and you can see your performance in a far more elaborate manner.

All these features are great, but personally I was hoping for a more drastic UI change this time around. Don't get me wrong here, there's no way I dislike watchOS 5. But it would've been nice if Apple went ahead and made things slightly more flashier than before. It's quite apparent that the company has more focus on functionality rather than bling form.

If you haven't downloaded watchOS 5 already, then you can do so by following the guide posted below. And remember one thing again: the update is not available for the original Apple Watch model which is a massive sign for users that they should just go right ahead and upgrade to more recent devices.