The final build of watchOS 2 for Apple Watch users is now available to download. The new software update is highly recommended for everyone who owns Cupertino’s wearable device. 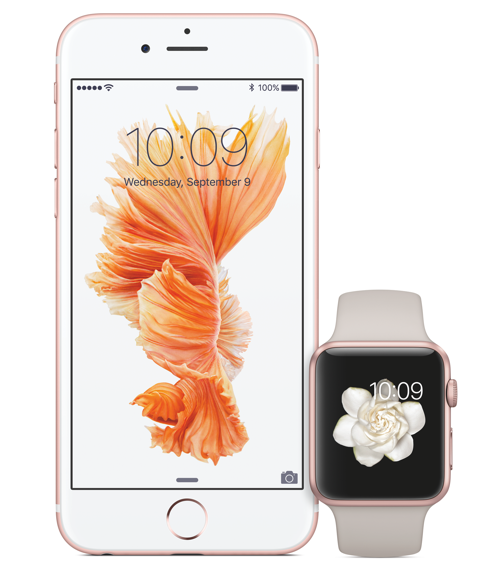 The Best Smartwatch OS Gets Even Better

Despite being in the market for well under a year, Apple saw it fit to push out a major software update for the Apple Watch in the form of watchOS 2. The new update is packed with a ton of new features and is highly recommended for everyone to download if you’re in the ownership of Cupertino’s wearable device.

For starters, watchOS 2 brings with it full support for native apps, which means developers can now create even more powerful applications than before that are not reliant on their iPhone counterpart. Furthermore, watchOS 2 finally adds a feature which should’ve been there since day one, FaceTime Audio.

Taking things even further, watchOS 2 brings customizable third-party Complications to the clock face. And speaking of clock faces, there are new ones to be had in watchOS 2, with a photo face and time-lapse one being the order of the day. But sadly enough, there is no support for third-party clock faces just yet. We’re certain they’re coming in the next major update, but don’t expect it to be available in watchOS 2. 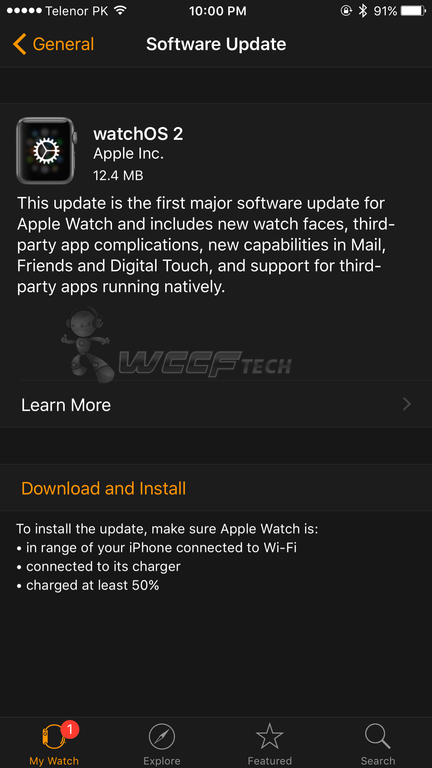 The above screenshot represents the size of watchOS 2 when you're updating from the GM release.

Apart from the above mentioned changes, there are a bunch of others thrown under the hood that make up for a very hefty update, and we’ll highlight the best ones gradually in the days to come.

For a smartwatch firmware, watchOS 2 is quite hefty in download, hence we recommend that you put your Apple Watch on its charger before going ahead and installing it. The installation process actually takes quite a while so don’t be alarmed whether or not your smartwatch is ‘stuck’ during the entire procedure.

Also keep in mind that watchOS 2 requires your iPhone to be running iOS 9, so be sure to go ahead and install that before jumping onto the watchOS 2 bandwagon. In fact, iOS 9 is a strict requirement for watchOS 2, and there’s no way you’re progressing if you haven’t installed that onto your device.

Already installed watchOS 2 GM on your Apple Watch? Then head over to the Watch app and navigate to General > Software Update to grab a small update to push your device to the final public build.

We’ll be back with a complete step-by-step guide on how to download and install watchOS 2 on your Apple Watch, so be sure you’re tuned in for that.

Installed watchOS 2 on your device already? Then be sure to let us know what you think about it.

- Download / Install watchOS 2 Final On Apple Watch – How To