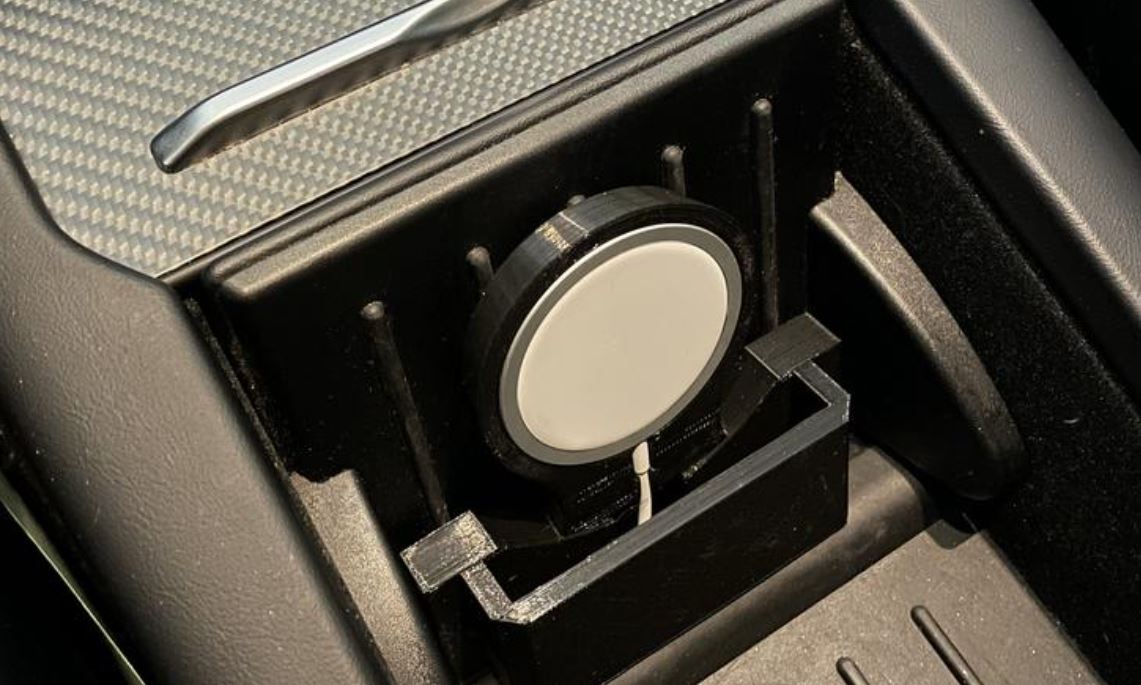 The iPhone 12 is a huge success as it introduced a new design with loads of nifty features. The company seems to have bridged most of the gap between the Pro and the standard models with the incorporation of an OLED panel across the board. Another major addition that all iPhone 12 models boast is the MagSafe technology. MagSafe enables you to attach the MagSafe-compatible wireless chargers as well as accessories. The magnets at the back are arranged in a concentric circle that holds tight anything that's compatible with it. However, a Tesla Model S owner took it a bit further and fitted the MagSafe charger in the center console.

Apple has opened a new dimension for accessory-makers who can make use of MagSafe to design accessories for the iPhone 12 series. As covered earlier, PopSockets also unveiled a series of accessories for the iPhone 12 series that makes use of MagSafe. Moving on, the Tesla Model S owner compiled a video that showcases the MagSafe charger in the charging console. What amazes us is the fact that the MagSafe charger looks pretty stock and the design is very practical.

MagSafe on my Model S! from teslamotors

As to how it all came to light is pretty interesting. The owner used 3D printers to create the adapter for the MagSafe charger. He has also put up a listing that sells adapters to other Tesla Model S owners. Moreover, all proceeds from the project will go towards charity.

This is an Apple MagSafe adapter for the phone holder on your Tesla center console. This is installed in-place using 3M Command strips, to allow for firm installation and easy removal for the future,” explains the item description.

Proceeds will be donated to a charity that supports clean energy! Just as a reminder, you will still need an Apple MagSafe charger and a USB C power adapter for your vehicle.

Apple's MagSafe charger supports up to 15W of fast charging and henceforth, it is the faster way to charge your iPhone while on the go. All you have to do is just out your phone on the charging console and your iPhone will be automatically attached to the MagSafe charger in your Tesla Model S. It is indeed a great addition and potentially car manufacturers will add the feature by default.

That's all there is to it, folks. Share your view regarding the story in the comments section below.