Sony is one of most important player that would appear in CES 2014, the company has a lot of new stuff to talk about, the most discussed of which is a possible reveal of Sony's own virtual reality headset for PlayStation 4. If you would not be able to attend the event, you can watch both Sony press conferences below. 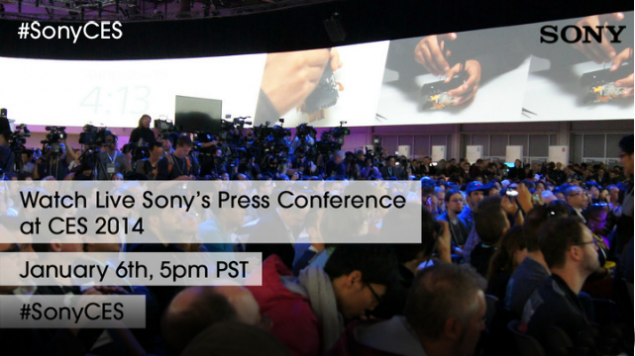 Sony’s CES 2014 Press Conference And Kazuo Hirai’s Keynote Speech Will Be Livestreamed; Below Is How To Watch

Sony has just been through the successful launch of its latest gaming console, so hearing it through the grapevine, Sony would give much time of its talk to the games related stuff. Rumors suggest that Sony would make imminent reveals and announcements during CES 2014.

The rumored announcement or unveiling of Sony’s new virtual reality headset for PlayStation 4 would likely take place during the company’s press conference on Monday or during the keynote speech of Sony CEO Kazuo Hirai, on Tuesday at CES 2014.

CES 2014 would take place in Las Vegas, and if you are not lucky enough to be there during the Sony’s events, you can watch both the conferences live. Sony would only livestream its press conference, while Cnet would livestream the keynote speech of Kazuo Hirai

Sony’s press conference will be officially livestreamed directly here. You can watch it on January 6th at 5 PM PST. The video is also embedded below.

The keynote speech of Kazuo Hirai, CEO of Sony Corporation, will be livestreamed by Cnet on January 7th and will start at 8:30 AM PST. You can watch it here.