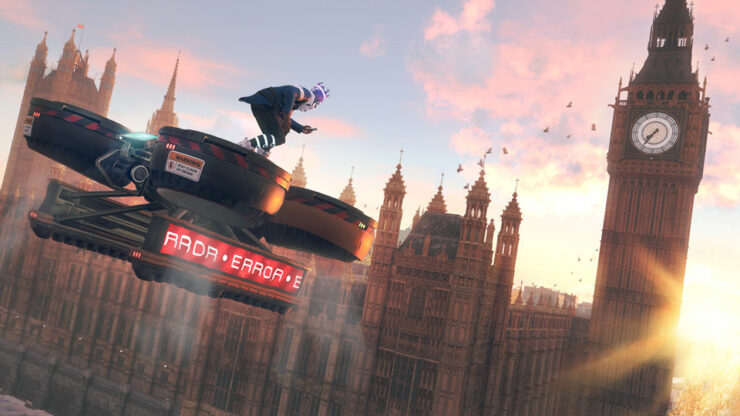 Honestly, I'm being a little unfair to them. They are probably right that making overtly political statements is bad for business. The problem comes when a game is so plainly political, to say that it isn't political is just downright deceiving. Ghost Recon: Wildlands was undeniably a statement about US extraterritorial actions. Far Cry 5 was quite clearly about domestic extremism in the US. The Division 2, maybe about domestic terrorists? Then, of course, the Watch Dogs games about an overbearing police-state, or at least the perils of the ever-connecting society and the perils of leaving everything in control over the companies from Silicon Valley.

In comes Watch Dogs: Legion. Now, the example used when Watch Dogs: Legion was announced at E3 is Brexit. I don't honestly think you can get much more political in Britain than Brexit, possibly Scottish Independence if you're from Scotland? Then you look at the official Watch Dogs: Legion website which specifically states "In Watch Dogs: Legion, near future London is facing its downfall... unless you do something about it. Build a resistance, fight back, and give the city back to the people. It's time to rise up". Considering the aforementioned link to Brexit, it seems awfully political.

This isn't to say that London isn't a good choice for Watch Dogs: Legion. London and Britain as a whole is in a worse state than it has been for a very long time. Arguably the worst it's been since the mid-1970s when the UK had to go to the IMF for a massive bail-out. It was deteriorating long before the country, and city of London, started tearing itself apart over the mess that is Brexit. Austerity measures have caused the rise of food banks, spreading poverty and all the while, surveillance has been increasing as police powers have spread. London is well believed and reported to be the most surveilled city in the world.

This seems to fit in line with what Clint Hocking, creative director of Watch Dogs: Legion, told PCGamesN recently, where he stated:

We chose London as a setting before the Brexit debate was even happening, and certainly before the vote

This does seem to imply that Watch Dogs: Legion has been in the works since 2015, at the latest. I can't honestly say I fully believe that because it would mean that Watch Dogs 3 was in the works before Watch Dogs 2 had even been announced. Still, I would honestly rather Ubisoft openly accept that games of this nature are inherently political. In this case, it's a game that ties into the most politically charged debate in recent UK history.