Remember that old Watchdogs E3 bullshot? I think we've finally made it there! But seriously, the third entry to the Watchdogs franchise, Watchdogs Legion, has stepped into the realm of cross-generation status and brought some new shinies but still held back a bit by the old guard systems. That's not to say that Watchdogs legion hasn't taken the Disrupt Engine and made some massive improvements in it.

Ubisoft partnered with NVIDIA on Watchdogs Legion to bring DLSS and DXR reflections to the world of Watchdogs and the payoff was has been quite good. While the DLSS support will only be available on NVIDIA RTX capable graphics cards due to the nature of the requirement for Tensor Core support the DXR support extends beyond and is even available on the Xbox Series X/S and graphics cards that have a DXR supported driver stack.

The world of Watchdogs Legion (specifically London) is quite a dynamic and lively world that is complemented by the use of ray-traced reflections. This extends past perfectly flat mirrorlike surfaces and is even applied to places like marble walls and wet streets. Traditional screen space reflections that the game uses leave the world feeling a bit overly shiny while the use of RT reflections tone things down and only cause the reflections to show naturally. This means that the depth of water in puddles affects the amount of reflection rather than just a blanket 'reflect all in screen space' effect.

Performance is always a question on the table so as we move through here and take a look at the way the game looks through various settings we'll also see how it impacts performance in the game so you have a better idea of what you're stepping into. 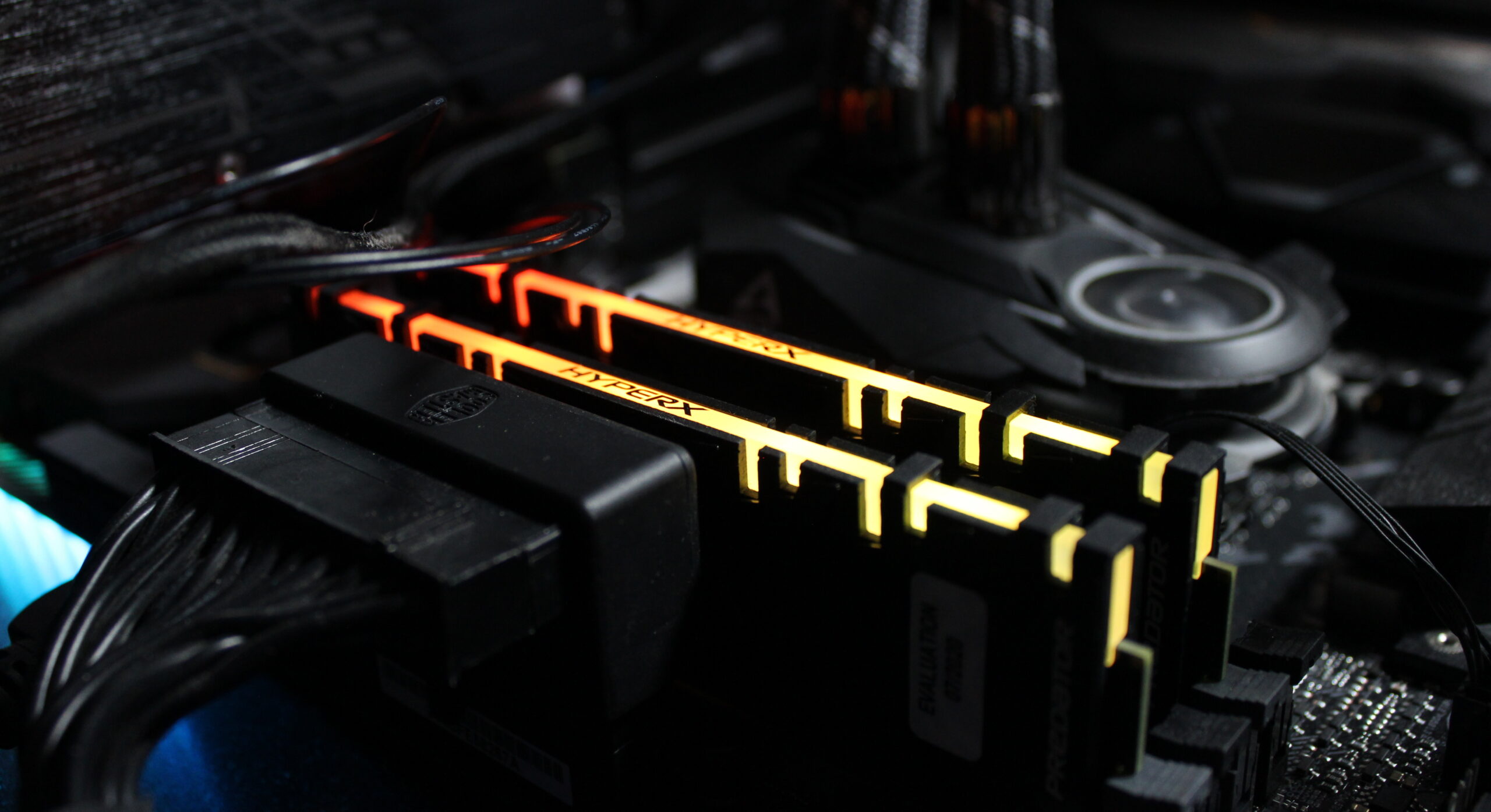 Testing Watchdogs Legion is a rather interesting challenge as the game is an open-world game with a lot of dynamics that change as moments slip by. Cars move, people move in and out, but the biggest is the time of day, and weather cycles are ever moving. This makes it impossible to set a reliable and repeatable in-game benchmark. Thankfully, for better or worse, the game does include a built-in benchmarking utility that makes it easy to measure changes in settings and how they impact performance.

Now it must be pointed out that the built-in benchmark results represent more of what the in-game performance is like when you are on foot, things change a bit when you get behind the wheel. You can expect the game to run a bit less than ideal while hot-rodding it around the streets of London, it's better than when the game first launched after the initial patches, but still not where it needs to be for a seamless experience.

We've included a link to Hardware Unboxed optimized settings for the game that also details the challenges of testing in the open world areas of the game.

We kicked things off with the settings comparison at 4K using the RTX 3080 to see how things scaled in performance and visuals. As far as performance goes there's a clear jump with each preset downgrade from Ultra to Very High being the biggest and going to High yielding the smoothest gameplay and keeping the 1% percentiles over the 60FPS threshold. But, we can see a clear visual downgrade once you hit the High preset onward. I'm not sure that I would really be too keen on dropping past High in this title. So because of our findings here we'll be sticking with the Very High preset going forward through testing and into other comparisons using this title in the future.

*NOTE* In all of the screenshots provided the resolution is at 2560x1440 because our hosting compresses anything larger down to that level, so we wanted to provide clean screenshots for your comparative hearts desires.

Ray Traced Reflections in the Disrupt Engine really pull it into the next generation in a big way. This is a game that lets the benefit of RT reflections really 'shine' as it were. Watchdogs Legion takes place in London where there are a large variety of surfaces and it's generally quite moist from frequent rain spells that leave the sidewalks and streets with many puddles. Not to mention the number of cars zooming about and the large panes of glass on buildings. All of these things ripe for reflections to make the environment pop!

Having RT Reflections off in this game causes the engine to rely entirely on SSR and that leaves quite the sheen on surfaces. Basically, any amount of a surface that could produce a reflection will and it won't be a high quality one at that. This leaves the game almost looking blown out at times with a weird glow. Flip the switch to turn on RT Reflections and that problem is gone, albeit so is your framerate at higher resolutions (we'll talk about reclaiming that later). But the payoff in this title goes a good way to making the game look even better. Take note of the sidewalk to get a real good idea of this.

Something interesting here in Watchdogs Legion is the combination of SSR and RT Reflections to fill out some of the more distant reflections, if you go to the river areas of the game you'll get a better idea of this, but in the RT settings images below you can see a good jump in quality from the reflection distance when going from Medium to High with little impact on performance. Going to Ultra from high nets you worse performance but it's because, again, the reflection distance is drawn further out. This is evident in the building's front window reflection. With going to RT Medium we see the sidewalk and puddles change drastically with minimal impact on the building in the distance, but the moment you go to High and Ultra you can see the reflection distance improve drastically.

NVIDIAs work with DLSS continues to pay off and it is no different here in Watchdogs Legion. Sure going from just SSR to RT Reflections at High takes a massive hit, but that's where NVIDIAs Deep Learning Super Sampling comes in to take advantage of the available Tensor Cores in the RTX lineup of graphics cards to claw back performance at minimal image quality impact.

For our comparison we had the game set to the Very High preset with RT Reflections set to High and ran the numbers at the brutal 4K resolution (Brutal because of the increased ray count at that resolution). Enabling RT Reflections at High knocks the performance down from a comfortable 68 FPS to a console like 37 FPS, which is still higher than you'll find WD:L running on any console right now at that resolution. BUT, enabling the Quality mode of DLSS gets you back close to that 60 FPS mark with 58 FPS. The image quality on Quality is quite nice and even cleans up some of the distant details like the spokes on the Ferris wheel in the distance.

Balanced manages to get you back on par with the non-RT version and if you're okay with a bit more noticeable impact on the image you'll be treated to normalized performance numbers making you question why anyone wouldn't just do the same and enjoy the RT Reflections that WD:L offers. Moving lower would only be recommended if you're trying to drive higher resolutions with older RTX cards as the image quality might leave you better off with just dropping to a lower native resolution and using Balanced or Quality modes.

We ran through the more popular resolutions with our comfortable configuration of Very High graphics preset paired with the High setting for RT Reflections. Thanks to the interactive nature of our charts you can clear out the unwanted numbers and see how the game performs with RT Reflections On and Off and how the performance shifts when enabling the Quality setting of DLSS.

The advancement of ray tracing effects in modern games only gets better and with us all entering the 'next-gen' of gaming ray traced effects are taking center stage and becoming one of the must have features of the latest games that are calling themselves true next gen experiences.

Watchdogs Legion has embraced the use of RT Reflections and made them work within the game in a way that doesn't feel like a gimmick, it adds to the world and doesn't distract you from it. Whether it's seeing yourself in the reflection of a passing bus or the world reflecting as it should on the rain-slicked streets of London the impact of RT Reflections is most noticed when you turn it off.

While saying it's most noticed when it's off may sound weird, but it's because it works so well in the world of the game that it just seems natural. Turning it off and returning to SSR leaves the windows in the building feeling like just decals, the cars feel flat, and the abundance of puddles is actually distracting with a weird glow.

Now with all that out of the way, I've got some folks to recruit.