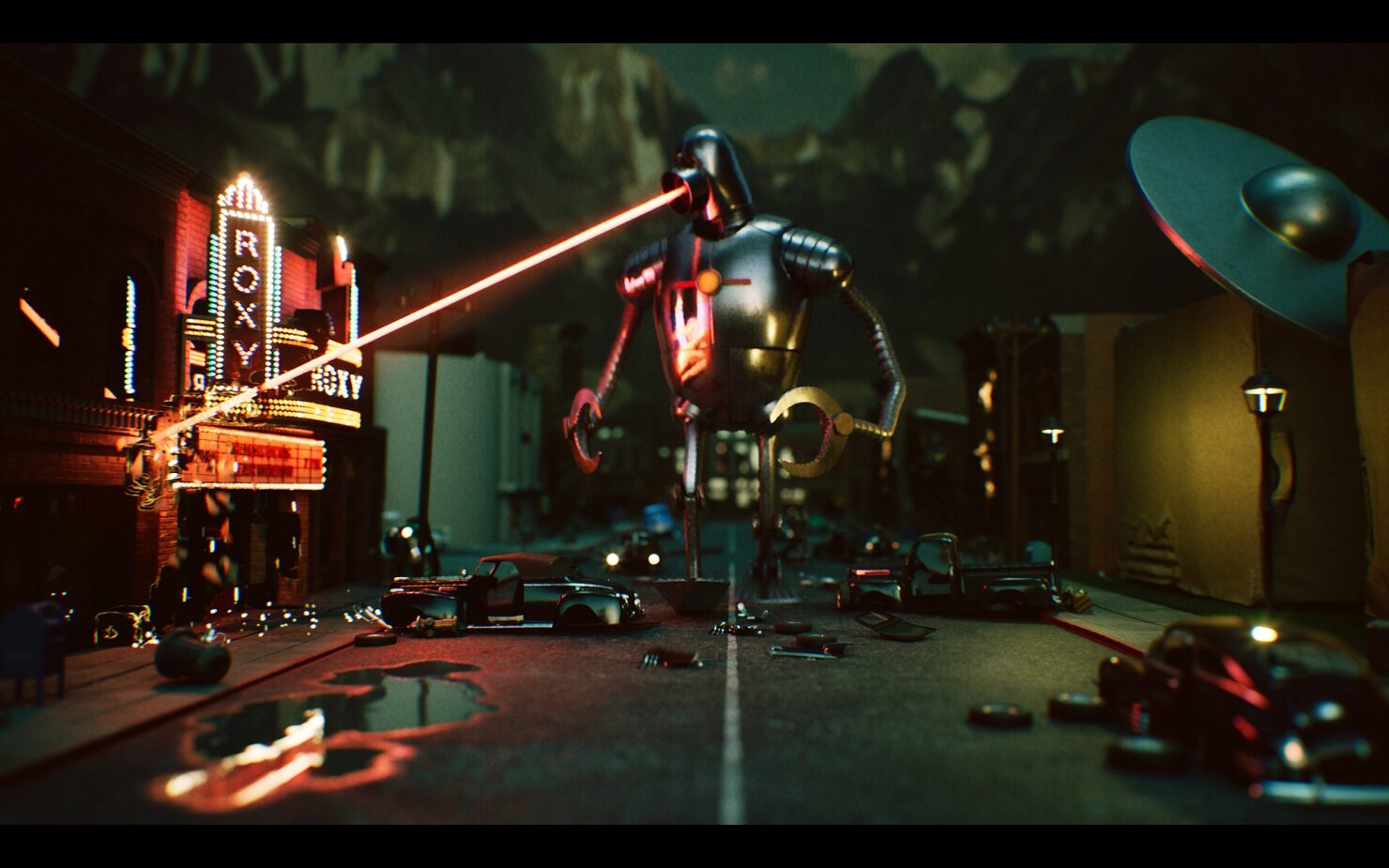 DXR, or DirectX Ray Tracing, is the API Microsoft announced at the Game Developers Conference 2018. A compatible extension to the existing DirectX 12 API, DXR was publicly released with the October 2018 Windows 10 update.

A few months ago, on the first anniversary of the DXR announcement, NVIDIA partnered with Epic and Microsoft for an Indie Spotlight contest. Participants were asked to create tech demos using Microsoft's DXR and Epic's Unreal Engine 4.22 which featured ray traced effects like reflections, shadows and ambient occlusion.

Today, NVIDIA announced the three winners of the DXR Indie Spotlight contest, which were picked out of 'dozens' participants. Each one of the winners is getting an NVIDIA RTX TITAN graphics card and developer support from both Microsoft and NVIDIA itself.

The tech demos are all available for download, as you can read below.

Christian Hecht is a 3D artist for design company Tendril, based in Toronto. His tech demo Attack from Outer Space recreates the look of classic 1950s sci-fi films by using ray-traced reflections, shadows and ambient illumination — all in real time — to deliver a truly nostalgic feel to this giant robot invasion.

Alden Fillion is a 3D artist based in Kansas City with an extensive game development background. He’s worked on well-known titles like Battlefield 4, Crackdown 3 and Lost Planet 3. In his demo Diode, you infiltrate a castle with a futuristic knight battling the forces of evil. The demo uses real-time ray-traced reflections to achieve stunning results.

Opus Visual is an architectural visualization and 3D visual rendering company based out of Houston. Their tech demo LP Trailer allows you to drive your big rig around a truck yard and uses ray-traced reflections and ambient occlusion to deliver life-like lighting.