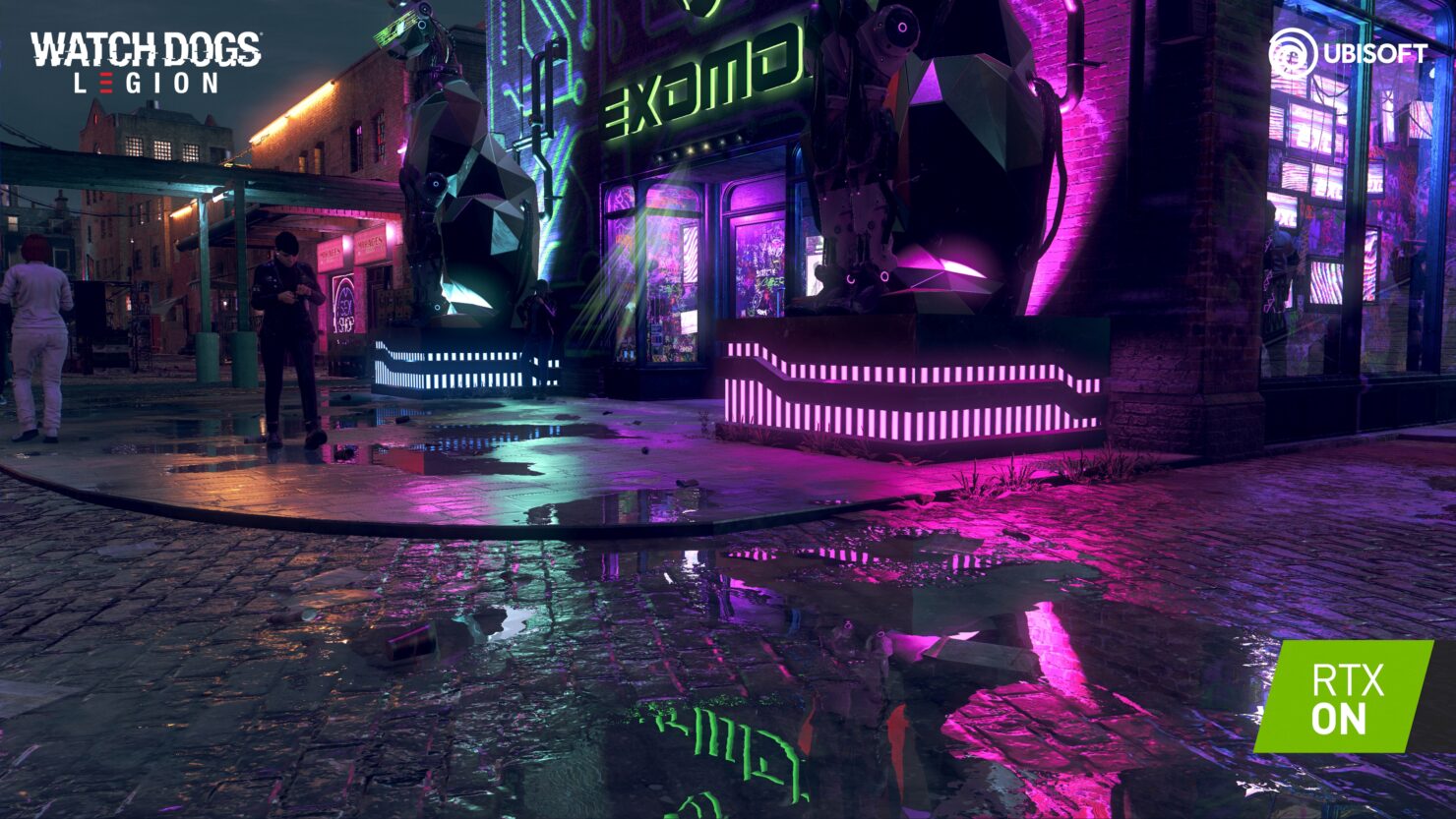 It had been a while since we last saw Watch Dogs Legion, the third installment in Ubisoft's open world 'hacking' game. The Ubisoft Forward event announced the release date (October 29th, sooner than expected) and showcased plenty of new gameplay for this title.

However, the most interesting tidbit - at least from a technical standpoint - came from a Digital Foundry video preview. They were able to check out a preview build of Watch Dogs Legion, running on a PC powered by the RTX 2080Ti top-of-the-line graphics card, and yet the game couldn't maintain a steady 60 frames per second at 1080p resolution with ray tracing enabled.

However, Cyberpunk 2077's preview build had DLSS 2.0 enabled, whereas Watch Dogs Legion's had it turned off. DLSS 2.0 has proved to be invaluable in getting significant boosts in several games so far, which makes us hopeful that the final, optimized version of Watch Dogs Legion may be able to reach 4K resolution (upscaled from 1080p through Deep Learning Super Sampling) at a steady 60 frames per second while keeping ray traced reflections active.

We'll see if Ubisoft and NVIDIA can make that happen. Interestingly, we also just learned that Watch Dogs Legion will support ray tracing on next-gen consoles as well, and it'll be intriguing to see what kind of compromises will have to be made on PlayStation 5 and Xbox Series X to support this taxing feature.