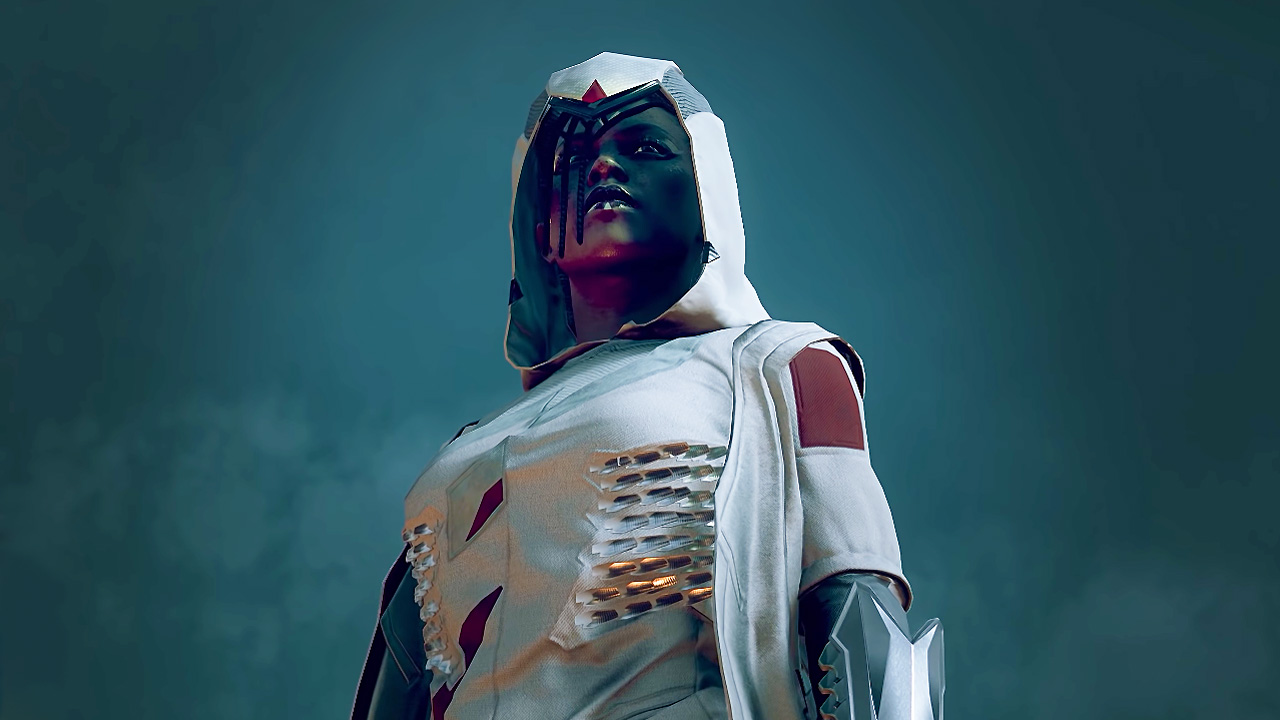 We've been told Assassin’s Creed content would be coming to Watch Dogs: Legion since before the Ubisoft-Toronto-developed game launched, and now it’s almost here. Ubisoft has dropped a teaser trailer for the Assassin’s Creed DLC, which introduces new Assassin Darcy, who looks she’ll be engaging in quite a bit of the Brotherhood’s trademark neck stabbing. Check out the trailer for yourself, below.

Looking pretty good! Honestly, you could argue this DLC looks more like traditional Assassin’s Creed than the last couple core entries in the franchise. Thus far, we don’t know much about what the AC content will entail. This basic description is all Ubisoft has provided…

Discover Darcy, a member of the Assassin’s Brotherhood, available as a new playable character for Season Pass owners. Play with the futuristic assassin in the Main game or Online and bring her signature hidden blade in the ultimate stealth-based Watch Dogs: Legion experience.

As mentioned, the Assassin’s Creed crossover is part of Watch Dogs: Legion’s $40 Season Pass, which also includes an already-released story expansion featuring original Watch Dogs protagonist Aiden Pearce (check out Wccftech’s full review of that here). In addition to the paid AC expansion, Watch Dogs: Legion ver. 5.5 will offer a variety of free content, including a couple of new PvP maps and the full launch of the Legion of the Dead zombies mode that entered testing earlier this summer. You can check out the full rundown of the upcoming content below (click the image for full resolution). 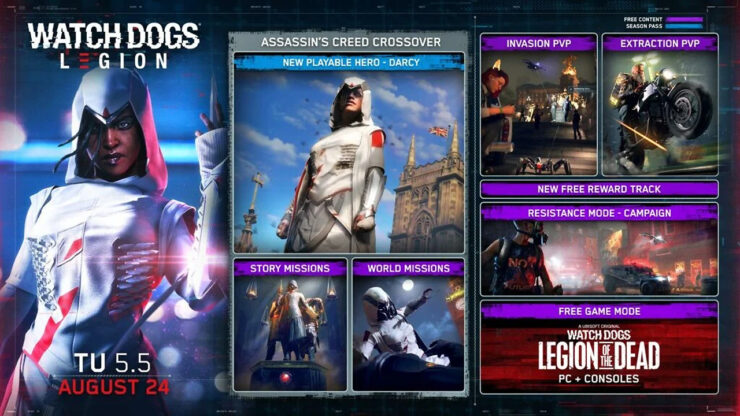 Watch Dogs: Legion and the Bloodline DLC is available now on PC, Xbox One, Xbox Series X/S, PS4, PS5, Stadia, and Luna. The Assassin’s Creed expansion and the rest of the free content launches on August 24. What do you think? Excited to stab some necks in Watch Dogs, or are the two series not a good match?