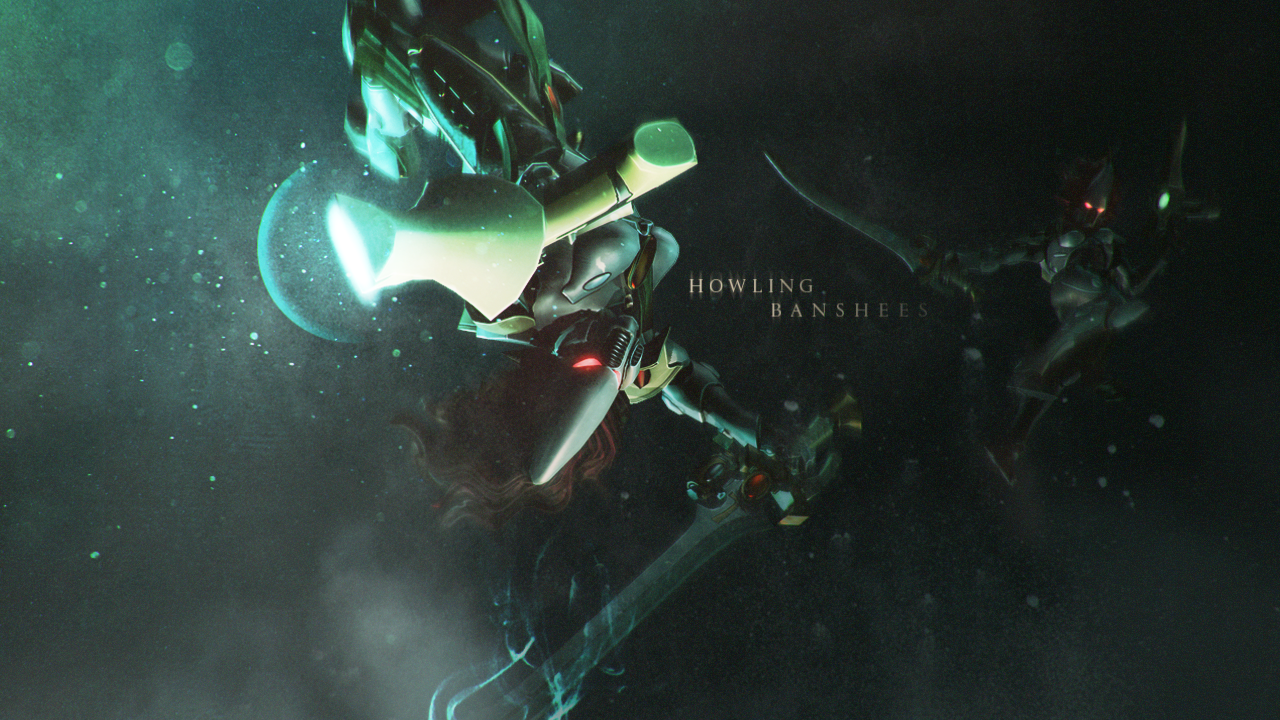 Howling Banshees are the close combat specialist who utilized their battle shriek to immobilize and terrorize the enemies of the Eldar. Here's everything you need to know about the speedy melee unit:

Below is the backstory for the Howling Banshees, courtesy of the Dawn of War blog:

Howling Banshees are a highly trained caste of female Aspect Warriors, lightly equipped to remain agile in the heart of strikingly close combat. They are fast, precise, and fight with a ferocity most Eldar believe was reaped from the war god Kaela Mensha Khaine himself.

In addition to a Banshee’s Shuriken Pistol and Power Sword, she also wears a unique Banshee Mask. The mask is her most deadly instrument - each one equipped with a powerful sonic amplifier that expulses the wearer’s signature shrieks all around her. This shriek is so powerful that it paralyzes her enemies in fear, locking them in the moment of their demise.