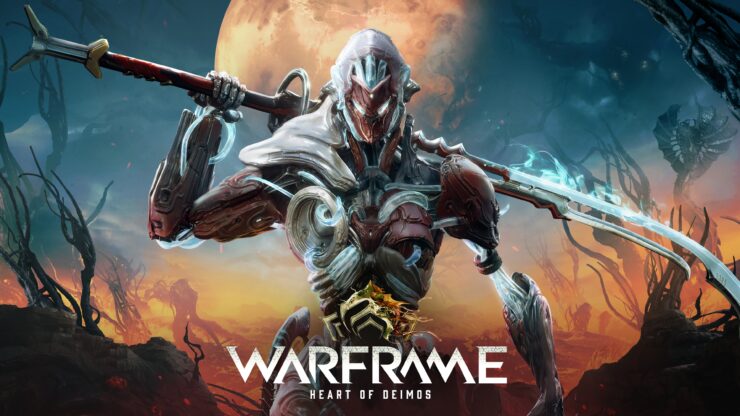 Warframe is an ever-evolving game, having recently received the seventh expansion titled Heart of Deimos a short while ago. The developers at Digital Extremes have also continuously updated the graphics and the next step of this ongoing improvement will see the replacement of the rendering engine. Its main goal will be to enable dynamic lighting in the game, as detailed and showcased below.

Enhanced (formerly referred to as ‘Deferred’) is a complete redesign to achieve more accurate reflections and give us the ability to utilize dynamic lighting and shadowing across the entire game.

Since Warframe’s launch, the number of dynamic lights we’ve typically used per-frame has been kept in the low single digits. Your gun, maybe a flashlight, maybe an ability cast… everything else was precomputed, stored in textures (light maps) and point clouds (light probes) or faked with ‘glow sprites’. The reason for this: for every dynamic light we’d add to the frame, the legacy rendering engine would have to render everything it touched again. In a small hallway with a few Grineer muzzle flashes, this would create wild fluctuations in the rendering complexity… in the outdoor Landscapes it was a faceplant - one muzzle flash light = draw the whole valley again!!! Not only smashing your GPU but also choking the CPU with additional work.

Enhance! This is where the new rendering engine excels. It renders out the attributes of the scene (colors, glossiness, shape) to offscreen buffers. After this, proper dynamic lighting costs hardly more than those terrible glow sprites we’ve used in the past. For realtime shadows, what the light sources ‘see’ are cached and reused when nothing changes. All lighting and reflection probes are stored in a 3D camera voxel texture and applied in single passes where the costs grow linearly, proportional to their size on screen, without incurring huge CPU and GPU penalties to ‘draw the whole world, again and again’.

Show me the money! As you experiment with the new rendering engine keep in mind that until we phase out the legacy system and ensure our new one scales well across High-end PC, consoles, toasters and thermostats, we will not be just turning on dynamic lighting everywhere. We have years of content built with the fear of using dynamic lighting… but there is one place you can go to see the dramatic lift it brings: Landscapes! There in the Vallis, the Plains and the Drift those fuzzy, ambiguous shadow blobs are replaced with dramatically realtime sun shadows! Subtle in many tiles, but not so here!

Perhaps the juiciest tidbit was teased by the Warframe developers right at the end of their post. It seems like the new rendering engine will pave the way to ray tracing and 'machine-learning augmentation of rendering', which seems like a clear reference to NVIDIA's DLSS technology.

RTX ON? What’s next? Phasing out the legacy system will allow us to focus our efforts on one. This will open the doors for future exploration in new technologies. There’s a lot going on in ray-tracing and machine-learning augmentation of rendering… stay tuned!

We'll keep you posted when there'll be more concrete details on these teased features for Warframe.