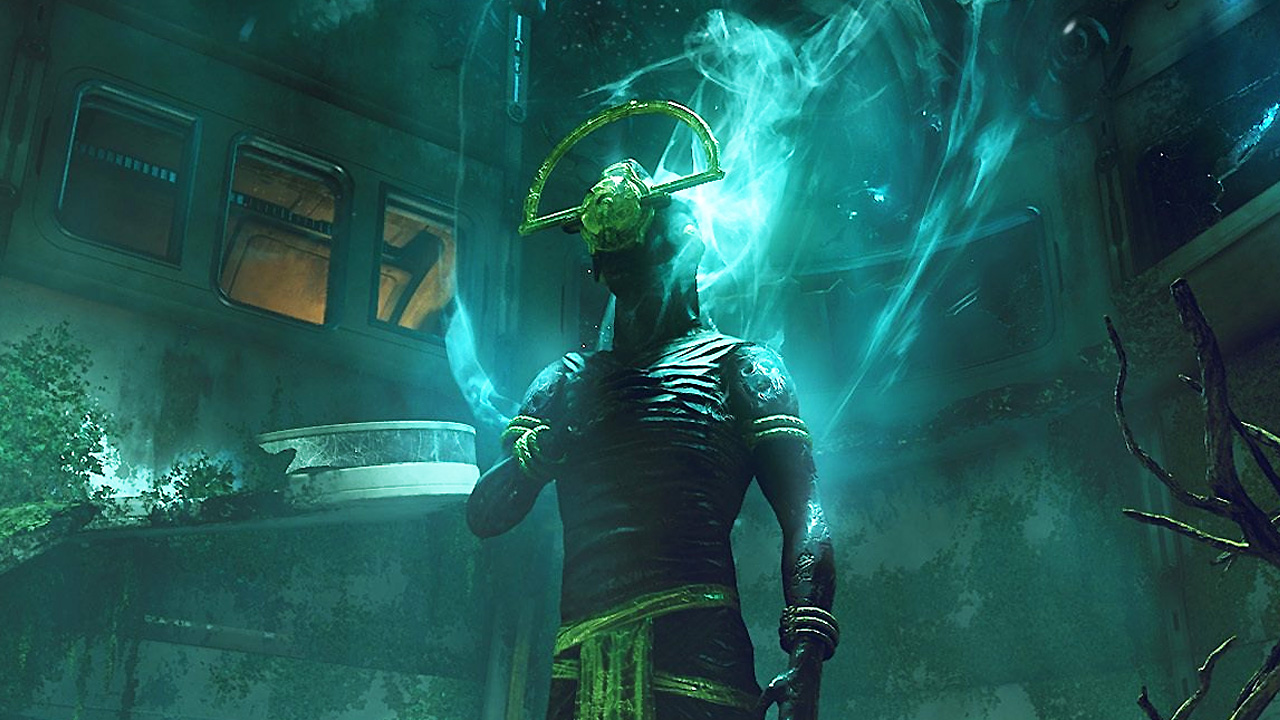 Warframe’s long-anticipated The Next War expansion finally arrived this past December, but the live service content cycle waits for no one, and Canadian developer Digital Extremes is already prepping their game’s next big update. The big new feature of the Angels of the Zariman update is the titular Zariman ship itself, which will act as a social hub where you can jump seamlessly into new types of procedural missions. You even get your own apartment that you can decorate as you so choose. Of course, the expansion also includes a new Warframe, cosmetics, and more. You can check out a quick teaser trailer for Angels of the Zariman, below.

If you’ve played the New War Quest, you will be familiar with the Zariman ship. We’re introducing a new Quest in this update, that will give you more access to this ship after you’ve completed it. On this new tileset, you’ll be able to play new missions and visit a new social hub called the Chrysalith. This is the first social hub of its kind that will let you seamlessly access procedural missions without load screens.

You will be introduced to new Zariman NPCs and a new Zariman Syndicate. Expect a similar system to the Necralisk on Deimos where you will earn standing in exchange for resources you gather! In this new ship, you may also see a familiar Cephalon face from previous Zariman adventures that will offer you side objectives during your missions, should you wish. Nothing wrong with a little extra credit, Tenno.

Finally, if this doesn’t seem welcoming enough, Tenno will be able to make the Zariman really feel like home with new player apartments that they will be able to decorate as they wish. To keep you company, there is a little gardening drone buddy that we will let the community name.

As we mentioned, you’ll be able to transition from the social hub in Zariman to procedural missions seamlessly, which is great -- but you’ll also be able to play new missions after that seamless transition. There are three new missions coming with this update that you will be able to select from the Star Chart or from a Bounty NPC: Void Flood, Void Cascade, and Void Armageddon.

Void Flood - This is a parkour-focused endless mission where players need to collect Void Orbs to gain Void Energy. This energy will be used to repair Void Fractures that appear in-mission. The longer that these Void Fractures are left open, the more debuffs you open yourself to. You can grab these Orbs from fallen enemies, or in clusters that spawn for those parkour-inclined. Sealing three fractures completes the wave and spawns a miniboss for you to defeat, after which the cycle continues in true endless mission fashion!

She will come with electricity-themed abilities -- but will be very different from our current lightning lord Volt. Expect to learn more about her kit in the coming weeks!

Captivate enemies with the unstoppable grace of the newest #Warframe, Gyre, making her debut with Angels of the Zariman. pic.twitter.com/ziAr5tXYBd

There’s a lot of customization options in Warframe (Fashion Frame is endgame, after all), but we’re hoping to add even more in this update! We’re introducing Void Shell skins, which will allow you to select textures to apply to each tint on your Warframe, letting you create a truly unique look.

In the new Zariman social hub, you’ll meet a character who will offer you Evolving weapons. Similar to the Protovyre cosmetic series, these weapons will evolve based off of challenges you complete in-game. You will unlock various aspects of this weapon that you can pick, and respec as you wish! The current slated list of weapons are: dagger, pistol, shotgun, rifle, and tonfa!