Walking Dead Episode 4 Creeping Up Sooner Than You Think

The Walking Dead episodes have been the highlight of my year, I dove in expecting another Jurassic Park and I got something that was MILES ahead and higher than I had originally anticipated! The Walking Dead has been one of the best point and click adventure games I have played in recent years, with an easy learning curve and some mildly difficult puzzles that take a while to figure out this game can easily be picked up by an freshman into the world of point and click games and be hooked in minutes due to the compelling well told story especially following the events of Episode 2.

After all the excitement that has led up to the events of the end of Episode 3 fans everywhere have been waiting anxiously for Episode 4 and behold our wishes have been answered! 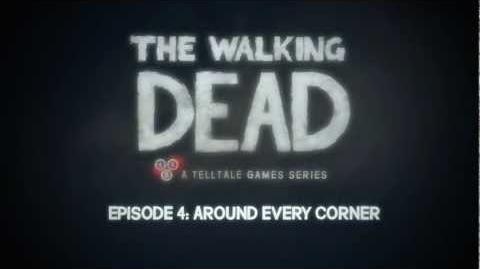 If you haven't already done so than I already recommend you to start this amazing series as soon as tonight, take my word and millions of satisfied customers and buy the season pass and get ready for the ride of your life!

With episode 4 being one of the more highly anticipated episodes as this is drawing players closer to the conclusion of this season of the game fans will be glad to know that the game will be available in the US on October 9th on the PlayStation Network / Store for $4.99 for the Single episode and $19.99 via the online pass giving you access to the previous / upcoming episodes, The game will then launch on October 10th for the Xbox 360 and PC on their respective platforms and digital distribution systems such as Steam and Origin.

Unfortunately these are only US release dates and International release dates for other regions have not yet been disclosed but should follow in the coming week a little behind the US.

If you haven't done so already I recommend you back up your save files on your local cloud storage because the game is infamous for being annoying whenever a new game is launched especially when there is an ever so slight chance of a save file corruption, albeit its very rare but wouldn't it be better to be safe than sorry? Backing up a single save to a cloud storage will hardly take anytime and believe me you will be glad when you do it if you are unfortunate enough to lose your hours of hard work and have to replay through 3 episodes with all your choices with no choice of skipping dialogues or cut-scenes.

While we have news on Episode 4 its now only a question of whether Telltale will release Episode 5: No Time Left before or after the retail release of the game in December 2012. Normally they would take 2 months an episode but seeing as how the release date of the retail title is December 7th then Telltale will either have to launch Episode 5 digitally on the same date or earlier but lets hope for the latter!

You can see the official Tweet from TellTale Games regarding The Walking Dead Episode 4 below and a link to it Here.

The Walking Dead Ep 4 'Around Every Corner' will be available Tue Oct 9th on PSN in US, Wed Oct 10th on XBLA, PC/MAC. #iamthewalkingdead

Pre-Order The Walking Dead Video Game And Be Part of The Game Too!