The Khronos Group has officially detailed that its Vulkan SDK, Tools, and Drivers are now Ray Tracing Ready. But didn't Vulkan already have Ray Tracing in it? I mean, Quake II RTX was running on Vulkan? Yes, that's true but it was running on an NVIDIA made extension in order for the game to have full support. The same thing goes for Wolfenstein: Youngblood, NVIDIA made an extension to support ray tracing in that title as well.

But, now, The Vulkan API has an official hardware-agnostic branch for ray tracing support. Khronos released the final extension in November 2020 so that developers could start integrating functionality alongside Vulkan's legacy rasterization framework. By doing so they've allowed for Vulkan Ray Tracing to truly be the industry's first open, cross-platform, and cross-vendor solution for ray tracing acceleration.

“Shipping API specifications was just the first step in building the developer ecosystem for Vulkan Ray Tracing, we now have tools and samples to truly enable developers to tap into the power of cross-platform ray tracing acceleration,” said Daniel Koch, senior graphics system software engineer at NVIDIA and Vulkan Ray Tracing TSG chair at Khronos. “One of the key requests from the developer community was the ability to easily bring DirectX 12 ray tracing (DXR) code to Vulkan. We have achieved that through delivering a carefully designed superset of DXR, and integrating Vulkan Ray Tracing support in the DXC open source HLSL compiler.”

As of now, Vulkan RT can be deployed using existing GPUs that have either full-blown dedicated Ray Tracing cores, like NVIDIA's RT Cores or AMD' Ray Accelerators, or can support GPU compute RT rendering.  According to the information by the Khronos Group detailed that support is existing for both AMD and NVIDIA beginning with AMD Radeon Adrenalin 20.11.3 and existing NVIDIA drivers on both GeForce and Quadro cards for Windows (560.82) and Linux (460.27.03). They go on to detail that they will have support from the upcoming Intel Xe-HPG GPU, which is slated for availability in 2021. Exciting times to see Intel GPUs listed in announcements like this.

So what happens next? A lot of this can happen but one thing that is certain from the information we were given by the Khronos group is that Quake II RTX will get updated to version 1.4 and become the world's first cross-vendor ray tracing Vulkan application. Now to be clear, it won't happen until version 1.4 drops and, at the time of publication, we haven't gotten an answer on the release date for that to happen. But it makes it clear that we can see some big and quick changes to existing titles.

UPDATE 12/15/2020 9:00am - Quake II RTX has been officially been updated to Version 1.4 and is now on the official Vulkan Ray Tracing extension. 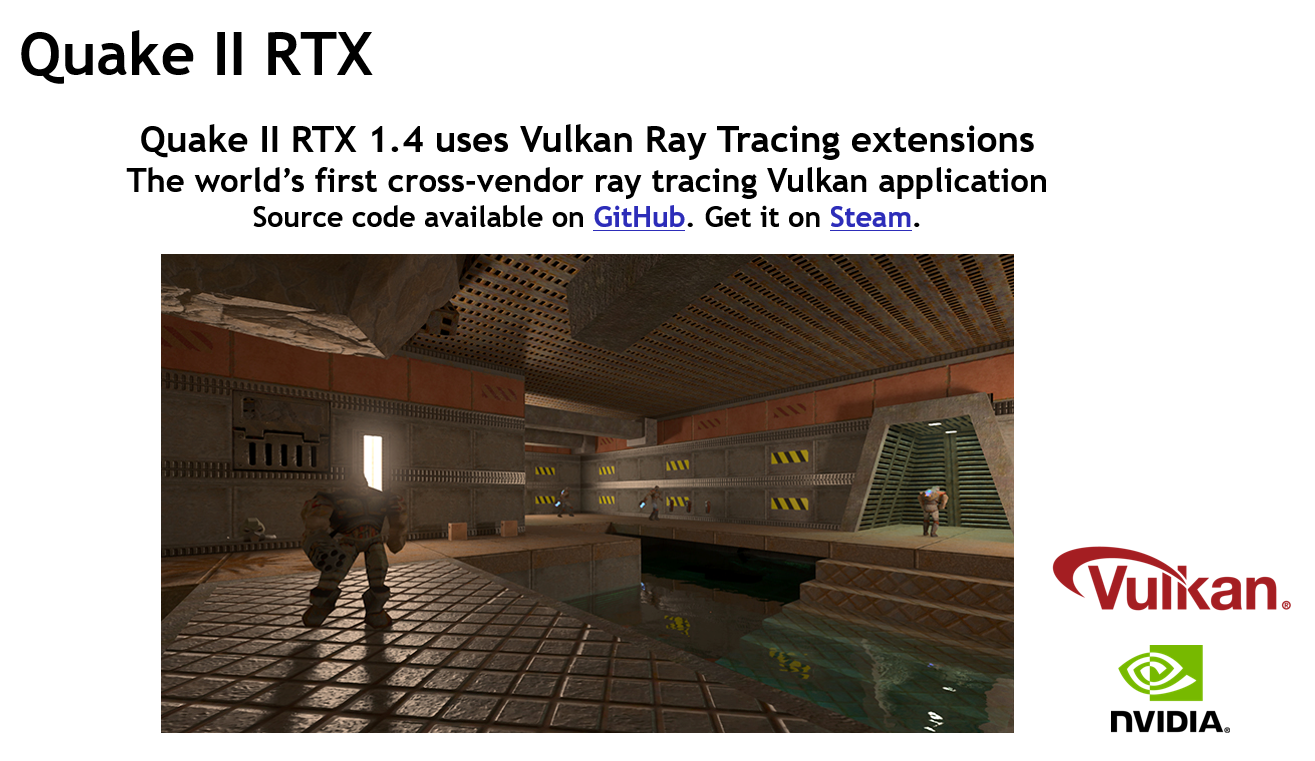 Perhaps now we can finally see Doom Eternal get that RT support that was teased early one. After all, they did say that they would explore it later, and waiting for the official extension to come out would definitely help as they wouldn't have had to divert development energy into a custom extension at the time. But there's a lot that is going to happen over the coming month and even years and I'll be here trying my best to keep up with it all. 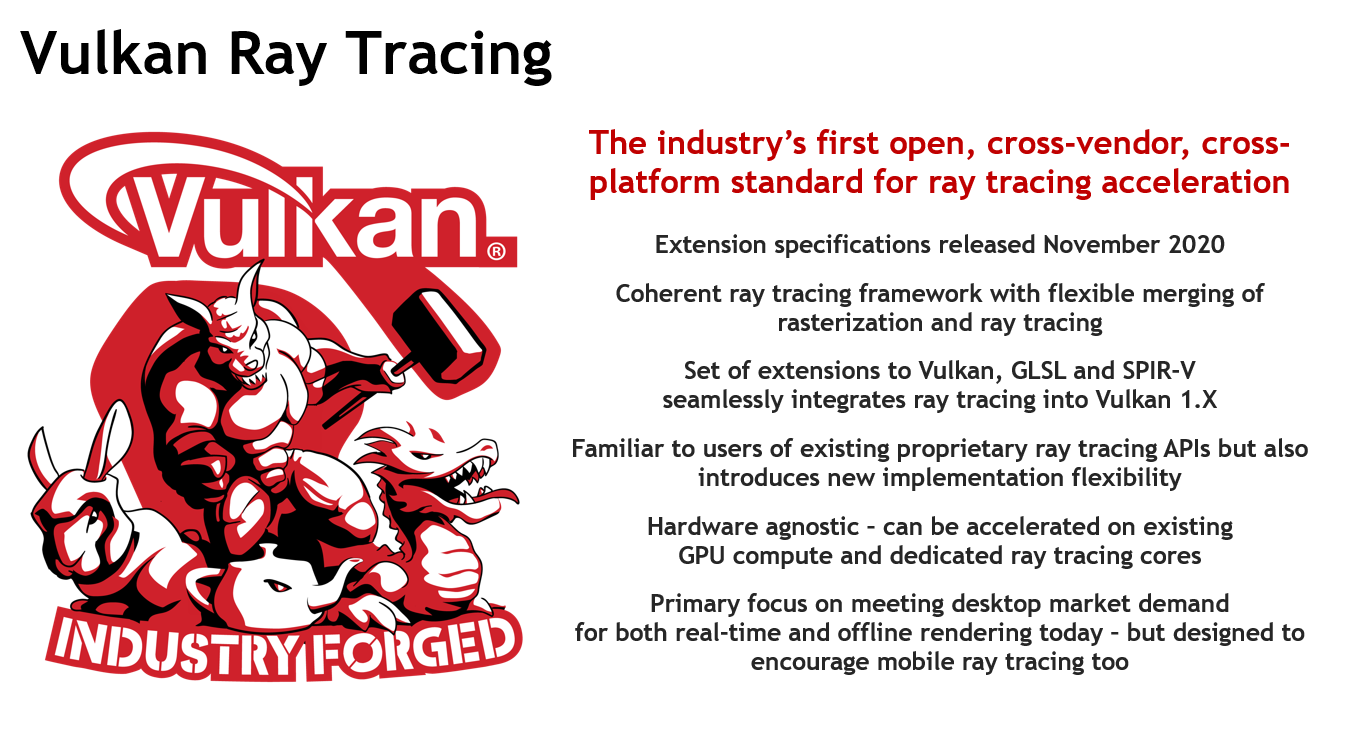