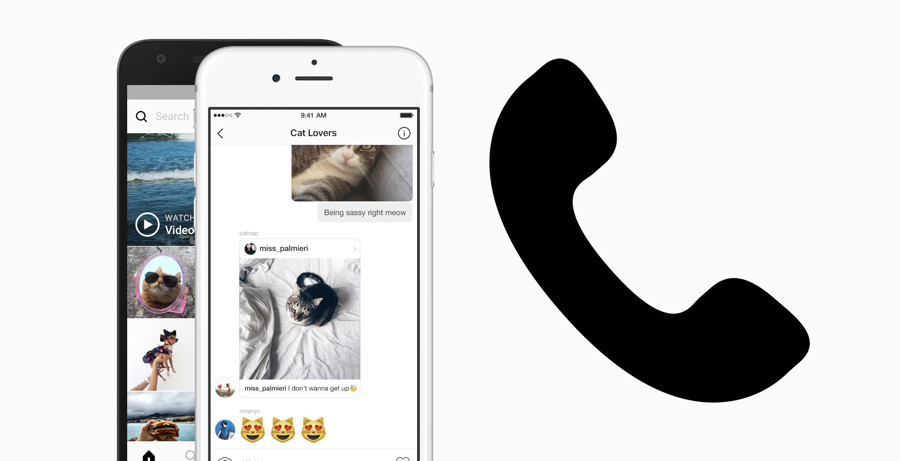 The famed photo and video social network Instagram might be looking to bring voice and video calling to the masses.

Instagram is Probably Working to Bring Voice and Video Calling to its Users - But Will it Work Out?

Instagram, as everyone already knows, is a social network for sharing photos, videos and the occasional memes that trigger the masses in the weirdest way possible. Needless to say, it's just a simple content sharing platform, nothing more.

But, if files buried deep inside the Instagram and Instagram Direct APKs (from Android) are anything to go by then it can be deduced that the social network wants to be more than what it is right now. These files suggest that voice and video calling feature could arrive some time in the future. What are these files, you ask? These are icons for 'Call' and 'Video Call' buttons as well as other XML files. Take a look at the screenshot below.

According to TechCrunch, it appears as though the voice and video calling features will be available in the 'Direct' messaging system, which makes senes too as that is the place where people can share personal content amongst each other or even chat away if they like. But compared to the likes of Facebook Messenger or even WhatsApp, is it possible that people will actually prefer Instagram for a call rather than the other two? We can't say for sure. But, what we can say is that the addition of this feature will only serve as a convenience for users as it will allow free voice and video calling between devices (data charges apply) without having to jump between different apps.

There's no word at all when this feature will go live. Given that the hints are already in the public domain, it seems that Facebook would want to roll this feature out sooner rather than later in the Instagram app.

Look out for an update, people.