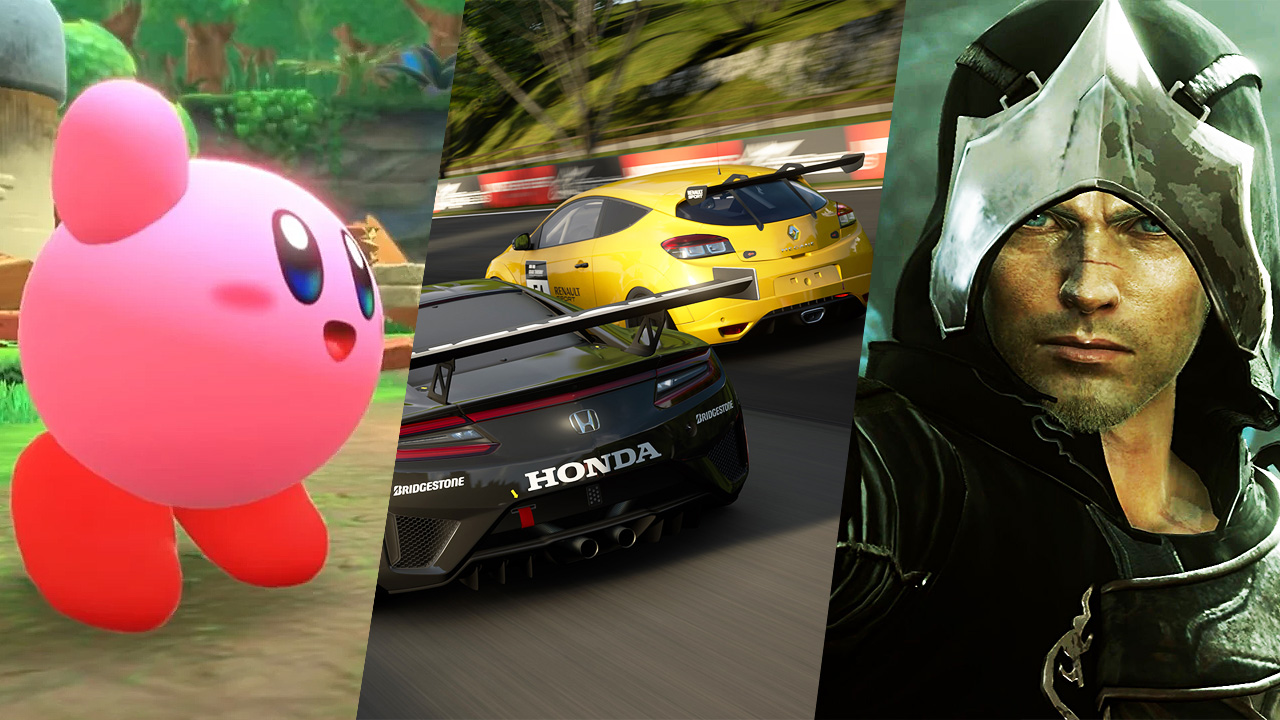 We just got through perhaps the busiest February ever, and March may actually be even more packed. Players have a long list of promising titles to look forward to, including Gran Turismo 7, Ghostwire: Tokyo, Kirby and the Forgotten Land, and Stranger of Paradise: Final Fantasy Origins. On the indie front, we get the long-awaited Tunic, the dystopian Beholder 3, and more.

Babylon’s Fall marks Platinum Games’ first foray into the realm of live service games, and needless to say, fans are rather split on the move. That said, regardless of whether you agree with Platinum’s business move, Babylon’s Fall looks to deliver the studio’s trademark fluid action and they’re promising a pretty robust slate of post-launch content right off the bat. Whether Babylon’s Fall ascends to the heights Platinum wants it to remains to be seen, but at the very least, it seems like they’re going to stick by it for a while. You can pre-order the game here.

The PS4’s Gran Turismo Sport was a bit of a disappointment, but Gran Turismo 7 looks to be the truly decadent celebration of car culture fans of the series expect. Polyphony Digital’s latest not only taps into the power of the PS5 for some truly beautiful cars and tracks, it also provides a wide array of modes and options including a full campaign and quirkier stuff like a café where you can chat with famous car designers. Time to rev your engines gearheads. Pre-order the game here.

From the producer of the Bravely Default series and Octopath Traveler comes Triangle Strategy, Square Enix’s latest beautiful, yet oddly-titled retro throwback. In this case, we’re calling back to the likes to Final Fantasy Tactics and Ogre Battle, with challenging tactical RPG battles and a complex story that will unfold differently depending on which conviction you follow (Morality, Liberty, and Utility). While Triangle Strategy doesn’t look to break the tactical RPG mould, they just don’t make many games like this anymore, so familiarity isn’t necessarily a bad thing. Pre-order the game here.

The WWE 2K series has been in a rough state for a while now, with WWE 2K20 being so bad it forced developer Visual Concepts to take a year off to regroup. WWE 2K22 has been rebuilt from the ground up and promises a faster, deeper combat system, new and returning modes (including the much-requested MyGM), and more. Is this going to be the second coming of WWF No Mercy? That’s probably expecting too much, but WWE 2K22 looks like it could be a solid contender. Pre-order the game here.

Stranger of Paradise: Final Fantasy Origin is one of the biggest question marks of 2022. For those who can’t make sense of the game’s title, Stranger of Paradise is a grimdark reimagining of the original Final Fantasy overseen by Square Enix’s resident madman Tetsuya Nomura. Co-developed by Koei Tecmo’s Team Ninja, the game’s action-based combat looks solid, but it seems like its over-the-top melodramatic storyline will be its real draw. Will Stranger of Paradise actually be good? It may not matter, as this looks like the rare game worth experiencing just for the spectacle. Pre-order the game here.

The latest from Shinji Mikami’s Tango Gameworks, Ghostwire: Tokyo isn’t the straight-up horror game some were expecting, but it may be something more rare – a true original. Featuring a unique “Ethereal Weaving” magic combat system and a warped version of Tokyo filled with freaky yokai enemies and allies, the game defies easy categorization, but it does look to check the “fun” box. Pre-order the game here.

Kirby and the Forgotten Land is a full 3D platformer set in a post-apocalyptic world that allows our hungry hero to enter “Mouthful Mode” and stretch his body over large objects like cars like a giant pink rubber glove. So, y’know, exactly what everyone was predicting for Kirby’s next game. Forgotten Land’s general weirdness has generated a lot of memes, but it also promises to be the pink puff’s most ambitious game date. Kirby has been relegated to Nintendo B-list for a while, but it seems like he’s floating up to hang with the A-listers with this one. Pre-order the game here.

Intrigued by Borderlands’ co-op shoot-and-loot gameplay, but not so into sci-fi? Well, then Tiny Tina’s Wonderlands may be for you. While clearly built on the same engine as Borderlands 3, right down to having nearly identical menus, Tiny Tina’s Wonderlands adds a new streamlined overworld, magic and melee to combat, and, of course, plenty of goblins, unicorns, and other fairy tale nonsense. Grab your gun and 20-sided dice and get questing, hero! Pre-order the game here.

The Beholder games cast players as a state-installed landlord in a totalitarian country, where spying on your tenants is all part of the job. The series has attracted a solid cult-following for its clever concept, dark world, and stealthy spy gameplay, and Beholder 3 expands things by letting players scheme their way up the ladder at the government ministry that employs you. Time to become the Big Brother you were always meant to be. Here’s the Steam page for Beholder 3.

RPG Time: The Legend of Wright is a “handmade adventure” with the premise being that the entire game takes place within a nerdy kid’s notebook. Play through pages of doodles, paper popups, and more. Oh, and while the game is titled RPG Time, it doesn’t stick to a single genre, with action, shooting, and more being mixed in. Relive the excitement for video games you felt as a kid! Here’s the Microsoft Store page for RPG Time: The Legend of Wright.

Largely developed by a single person over the course of six-plus years, Tunic looks to be a charming tribute to classic 2D Zelda games. That said, don’t let the game’s cute exterior fool you – Tunic will put you to the test with demanding combat and puzzles that don’t hold your hand too much. It seems like the long wait for this one will be worth it. Here’s the Steam page for Tunic.

Norco is a new point-and-click adventure game that hearkens back to the classic 90s era of LucasArts and Sierra, but its setting and narrative are unlike anything you saw back then. Inspired by Southern Gothic literature, the game is set in a sinking industrial town in south Louisiana, although you can also expect to bump into androids, a mysterious influencer cult, and other unexpected things. Norco looks like it could offer one of the more unique and memorable narratives of 2022. Here’s the Steam page for Norco.

And those are the games you should be keeping an eye on this coming month. What games are you planning to pick up in March? Did I miss anything you’re looking forward to?