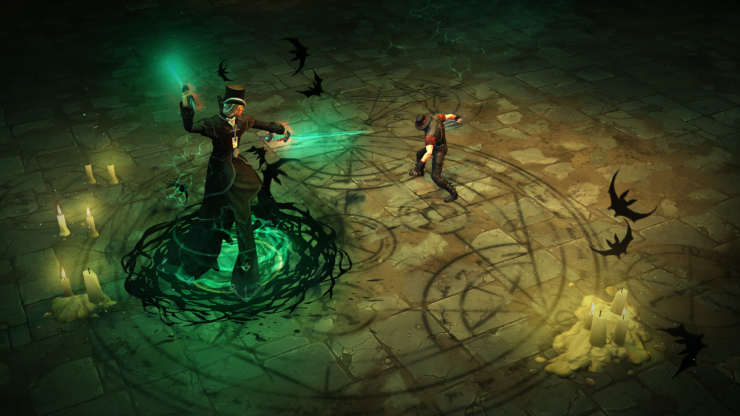 Haemimont Games just announced that their popular PC isometric action-RPG, Victor Vran, is coming to Xbox One and PlayStation 4 next year.

The console versions can expect to see new features like weekly and daily maps but most importantly, the game will run at a smooth 60fps. There's going to be local co-op for 2 players and online play for up to 4 players cooperatively.

Gabriel Dobrev, CEO at Haemimont Games, shared his excitement of teaming up with Wired Production, the indie publisher responsible for bringing Victor Vran to consoles.

We’re excited to be working with Wired Productions to bring Victor Vran to millions of players around the world. Our original vision was to shake up the RPG genre by delivering the first all action role playing game, and the response from press and fans alike has been incredible. This partnership with Wired Productions will allow us to grow that fan base, and to engage with more players than ever before.

Victor Vran has you explore the demon filled city of Zagaravia in a Diablo-style adventure. Thankfully, Victor will have access to an arsenal of weapon and demon powers that he can use to tear through the horde of dangerous foes that litter the city.

Leo Zullo, Managing Director at Wired Productions, talked about his feeling when he first played Victor Vran on PC.

The first time I played Victor Vran, I was smitten, and to be able to work with such a revered studio as Haemimont Games to expand its army of fans is a privilege. We’re delighted to begin this partnership, and to share something we love so much in Victor Vran with a community of gamers globally is a coup for us; we can’t wait to get started.

Victor Vran is coming to Xbox One and Playstation 4 in early 2017. You can check out our review of the PC version that is available now.